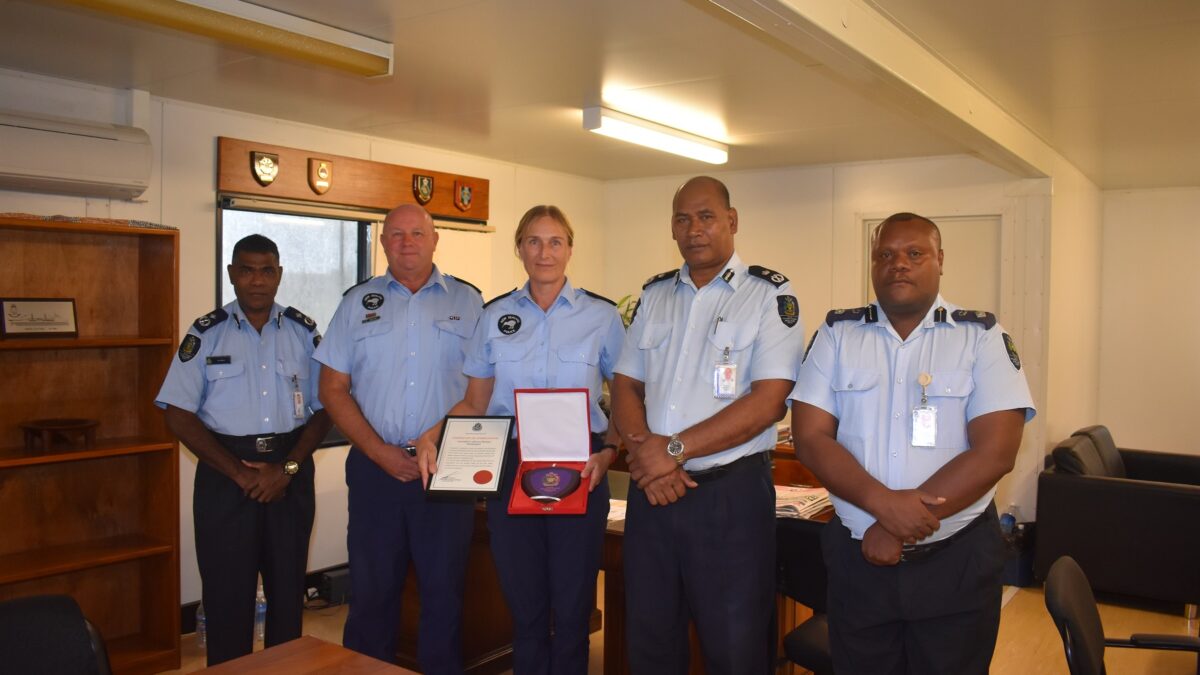 A group photo with Ms Melanie Prendergast at the centre 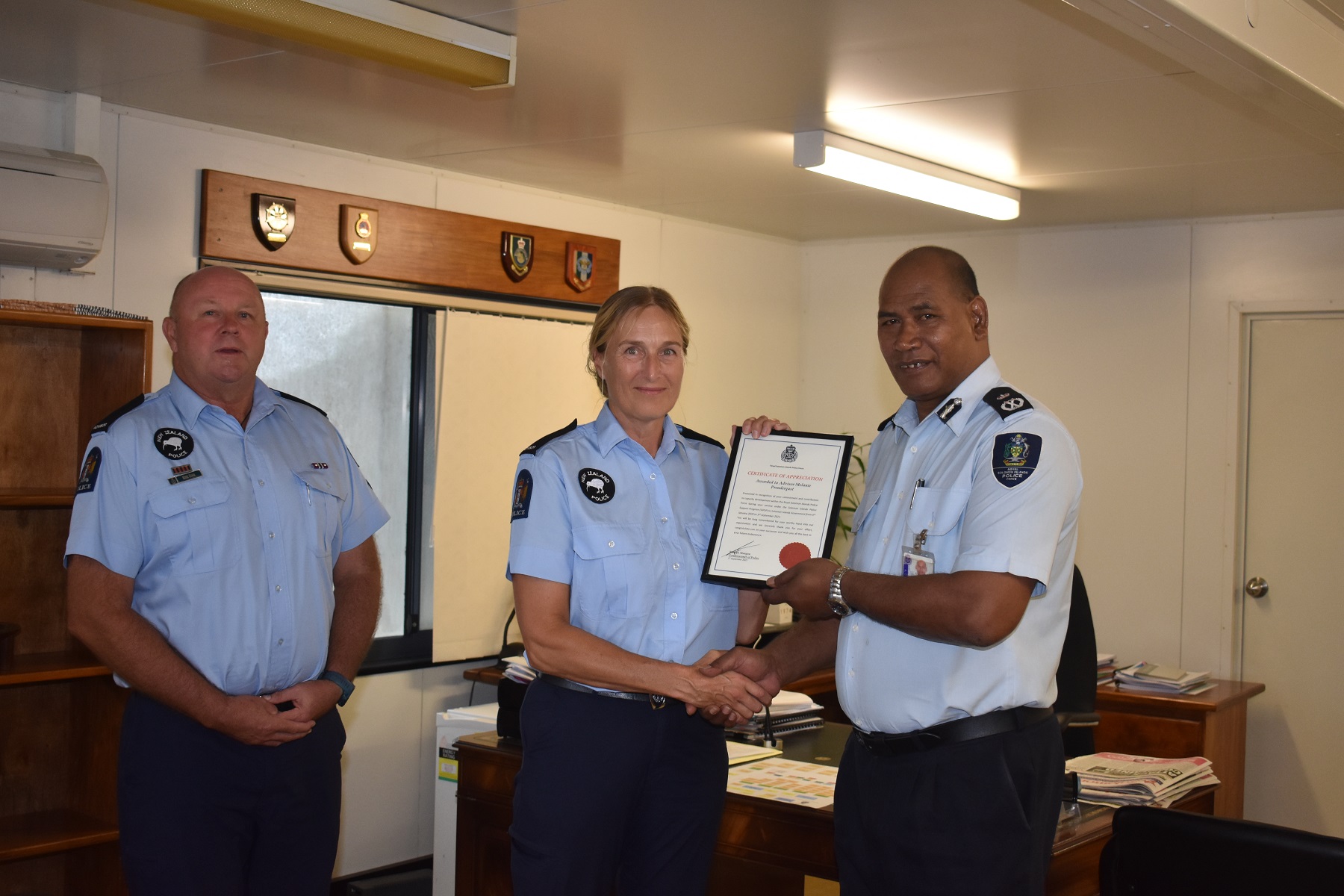 RSIPF Commissioner Mr. Mostyn Mangau greatly appreciated the service rendered by the SIPSP advisor for assisting our officers in RSIPF Police Academy during the past years.

Mr Mangau says on behalf of all ranks and files of the RSIPF, I wish to acknowledge your contribution that you have made in the police academy during your time with the RSIPF organization. Thank you for reviewing our Police Academy governance and policies with your support and guidance.

He says your commitment and contribution to capacity development within the RSIPF is highly commended. You have done a great job.

SIPSP Team Leader, Michael Cook during the brief farewell ceremony says I want to thank the RSIPF Commissioner, his executive and officers of the RSIPF who have supported the SIPSP program in the Solomon Islands over the past years. 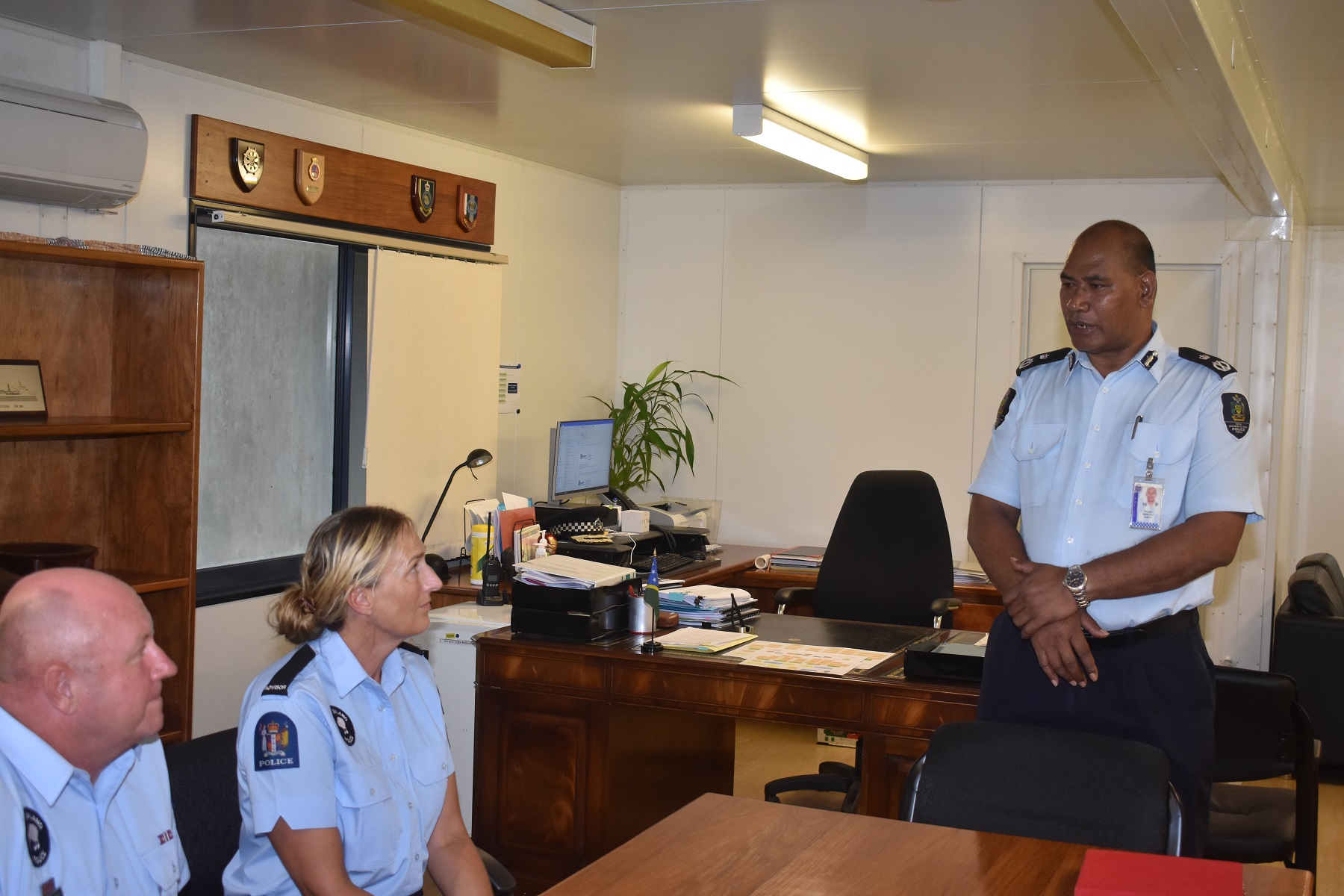 Team Leader Cook says to the outgoing advisor that her contribution adds value to the learning and development of the Police Academy. Thank you for the great support to the Police Academy. You have successfully completed your deployment and wishing you a safe journey back to New Zealand to unite with your families.

Advisor Melanie Prendergast says it has been a pleasure working with RSIPF over the past years, especially with RSIPF Academy staff. The partnership between New Zealand Police and RSIPF is long-standing, and we are proud to have contributed in a small way to the great professional and personal relationship between us. I am happy to meet with new people and love to work with RSIPF officers.

Service under the SIPSP to Solomon Islands Government from 6 January 2020 to 3 September 2021.