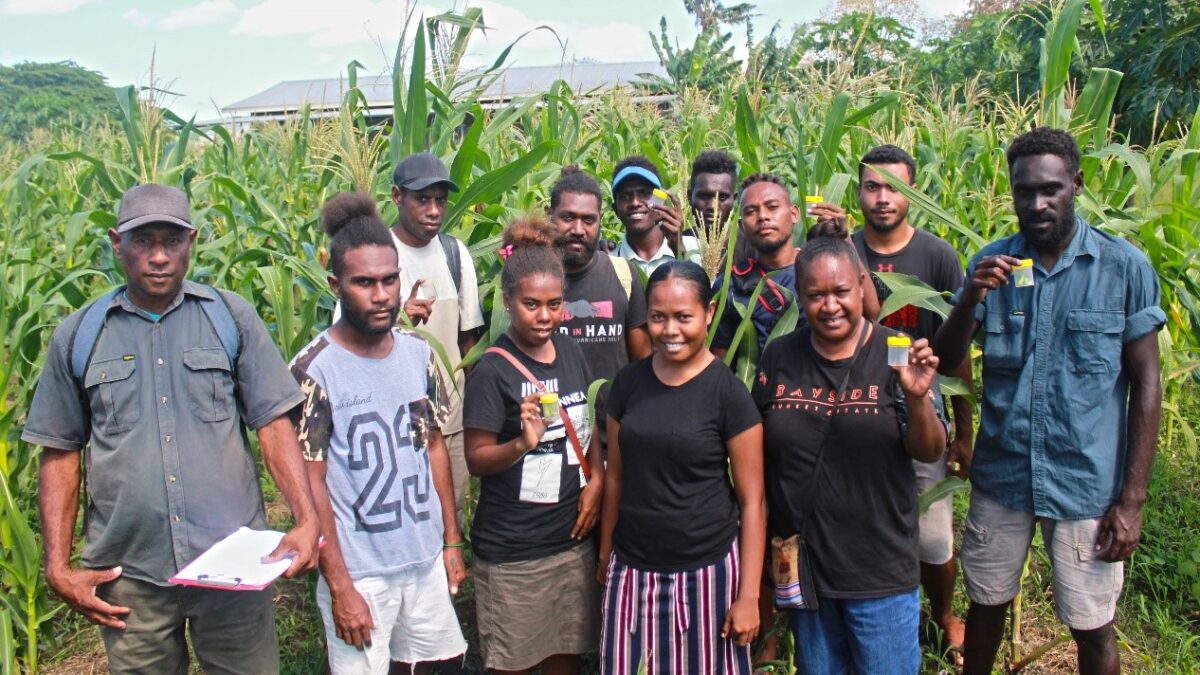 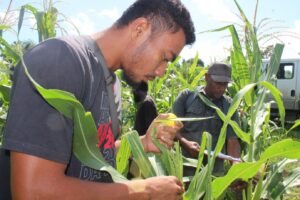 and  familiarise themselves with roles of each departments.

The 10 weeks assignment is a requirement and is part of their academic assessment.

Biosecurity & Publicity Officer from the Biosecurity Department of MAL, Jean Manepora’a said, total of 17 students are currently undertaking their five weeks practical at the Biosecurity department apart from those who have their practical training at other divisions within the ministry.

However, she said due to Covid-19 restrictions students are restricted from airport and seaport offices/areas but only allowed to undertake practical at the Surveillance Unit, Post-office (mail) and Biosecurity department at the MAL Headquarter.

“Under Surveillance Unit students are assigned to conduct Coconut Rhinoceros Beetle (CRB) monitoring in Honiara by checking traps, collecting samples from  established traps in various location within Honiara area and as well as collecting samples for identification  and dissecting by surveillance officers. Students were also assisted by Biosecurity officers through field visit to corn farms and collected specimens for rearing and identification purposes. Biosecurity doing surveillance on corn farms especially is to check for presence and or absence of Fall Army Warm (FAW).

“Fall Army Worm (FAW) is an alert pest for Solomon Islands. It is not yet present in the country but found in other neighbour countries. As confirmed by other counterpart countries, it is an invasive pest and its major host is corn.” 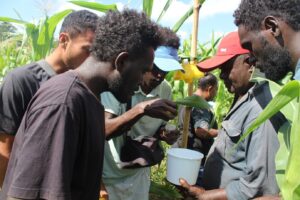 Mrs. Manepora’a added that practical students only involved in general and partially detection surveillance work as guided by biosecurity officers but any technical or specialist lab work are restricted only for surveillance staff.

“The practical provided an opportunity for them to learn and get to know the importance of Biosecurity in the country as well as roles and functions of the ministry.

“Having this student’s gain experience in various sections within BSI department and other departments of MAL is important as it prepares them for future career as we might not know in the future one of these students will be working here (MAL).”

Meanwhile, speaking on behalf of the students, Margaret Kiko thanked MAL for accepting their request to have their practical training at the ministry.

“This is a great opportunity and we thank MAL management for giving us the chance and support.”

She said the field visits and practical work will help a lot towards their academic assessment.

Mrs. Kiko said most of the students who involved in the practical are those undertaking diploma in agriculture second year and Bachelor in agriculture year 2, 3 & 4.

The student’s attachment with MAL, Biosecurity department will expire on the 6th of August 2021. 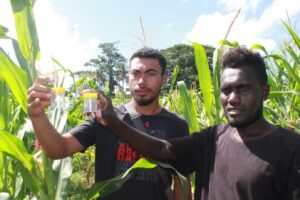 Students take a closer look at pest specimens confined in an established trap with the assistance of a Biosecurity staff.

For media enquiries contact the Ministry of Agriculture and Livestock Information/Media Unit on;