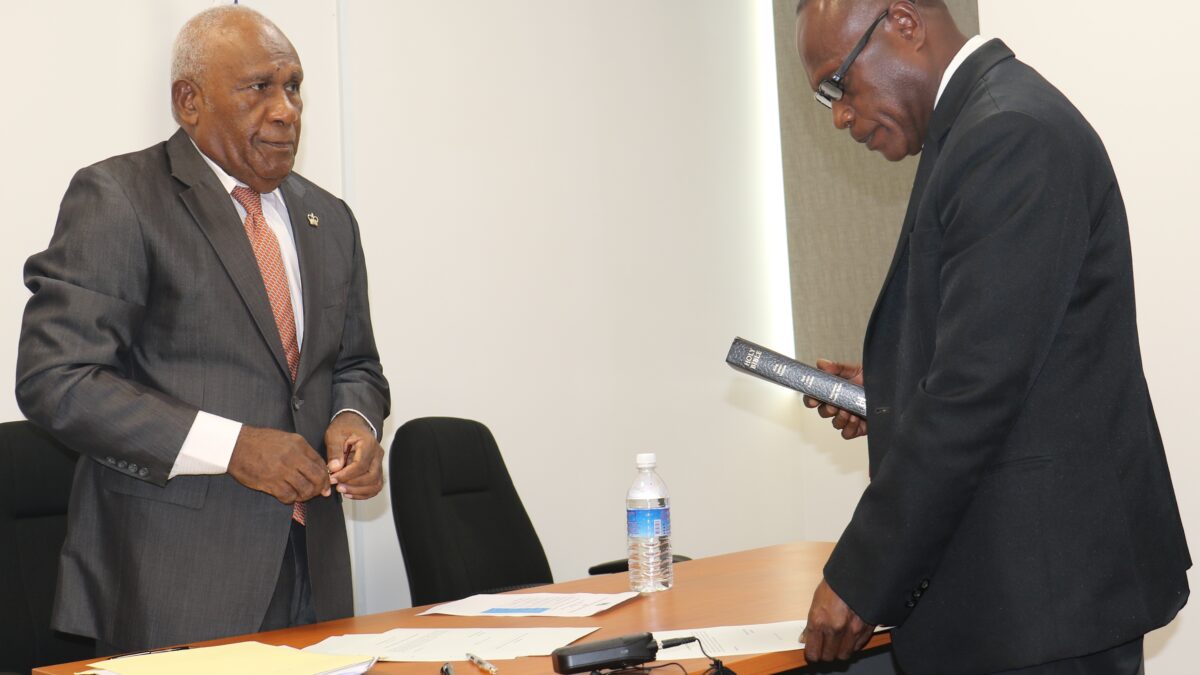 The Solomon Islands Independent Commission against Corruption, SIICAC, has a first appointed Director General.  He is John Hugani Kouni.

“We thank you for your willingness to come forward and be the first Director General to serve our country.

“Of the applicants who had applied for the position of Director General, you were selected on merit and experience.

Sir Kabui said it has been a painful journey for the Commission to be able this moment of achievement.

“The provision of the Act Section 25 makes it very difficult for us to recruit locally as the pool of experienced lawyers in Solomon Islands is very small- almost non-existent to be honest.

“The thought of having no choice but to go overseas   to recruit was always in the back of our minds. I personally was crossing my fingers that this should not be the case. You have come to the rescue. I thank you for your brave thought to help out,” Sir Kabui said.

Sir Kabui also thanked the other applicants who also participated in the interviews.

Meanwhile, the newly appointed Director General Mr John Hugani Kouni assured the Commission of his commitment and responsibility to lead SIICAC to achieve the ultimate goals of the National Anti-Corruption Strategy and other National Government Policies, the Anti-Corruption Act, and obligations under the United Nations Convention Against Corruption, UNCAC.

“As you Director General, I am far from perfect, and I will need unsparing support, cooperation and trust from all the commissioners, Integrity institutions, Donor partners, NGOs, all stakeholder organisations. But I pledge to serve you well, with to the best of my abilities,” he said.

Mr Kouni is a qualified Lawyer by profession and has vast experience with various overseas and local institutions. He has been holding various positions prior to his appointment as Director General.