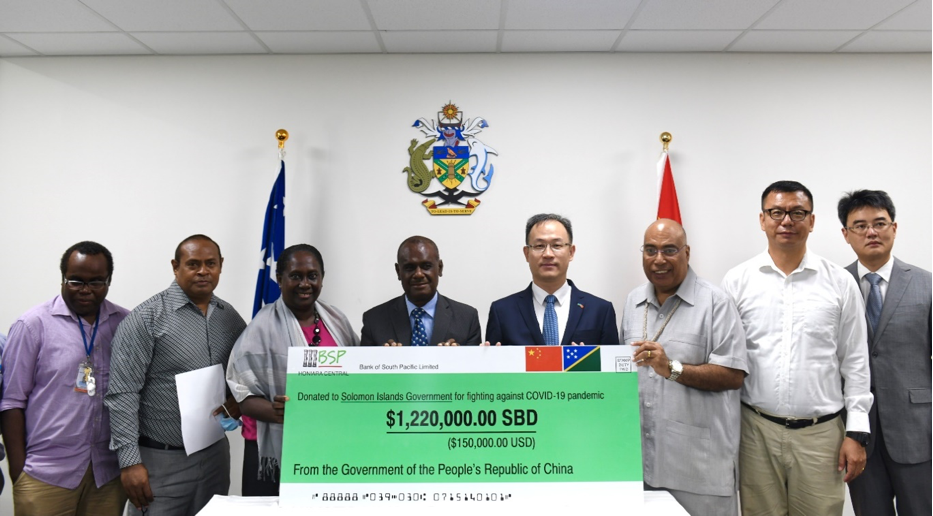 “On behalf of the government of the People’s Republic of China, I am honored to hand over 150 thousand US dollars COVID-19 response funding support to the government and people of Solomon Islands”

Solomon Islands Government remains grateful towards the continued support provided by the government and people of the People’s Republic of China.

“On behalf of the government of the People’s Republic of China, I am honored to hand over 150 thousand US dollars COVID-19 response funding support to the government and people of Solomon Islands”, stated the Ambassador.

He acknowledged the ongoing work of the government stating hard work of front-liners in the preservation of public health and safety is greatly admired and appreciated. “China has always stood together with Solomon Islands in the fight against COVID-19 and remains ready to continue to cooperate with the government to tackle the global pandemic”.

Ambassador Li Ming  added that China promote the concept of building a community with a shared future of mankind, and a community of common health for mankind. He explained that this is reflected in the prompt response by China to the request of Solomon Islands to support efforts against COVID-19. 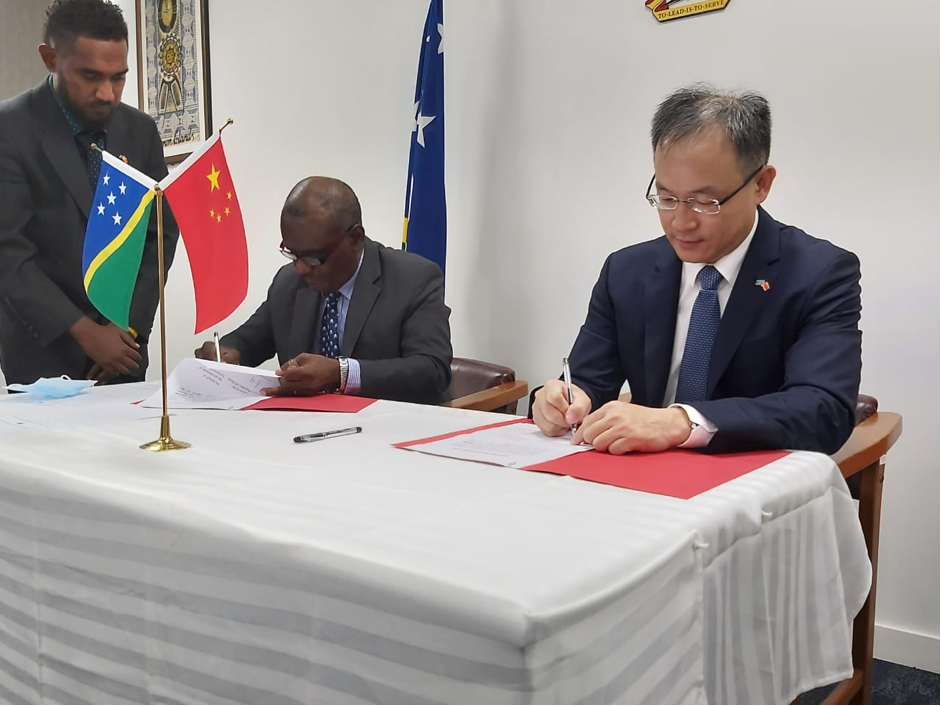 He concluded stating that the support of USD150 thousand is part of the ongoing support towards the government of Solomon Islands to ensure that the entry of the virus into the country remains contained and eliminated within those managed facilities.

In his response Foreign Affairs Minister, Mr Manele expressed deep appreciation of the Solomon Islands government to the support provided by PRC. “Your Excellency, the commitment demonstrated by your government since the permanent friendship and existence of diplomatic ties between our two countries simply indicates that that you are indeed a genuine friend”.

“The financial assistance will be utilized for the refurbishment and repurposing the current TB ward at the national referral hospital which will allocate 16 self-contained COVID-19 isolation rooms that will be used to manage critical COVID-19 patients.

“Overall the support received so far from PRC will surely continue to significantly help the country in its efforts to be vigilant in combating and fighting against this common global threat, COVID-19. Thank you indeed Ambassador”.