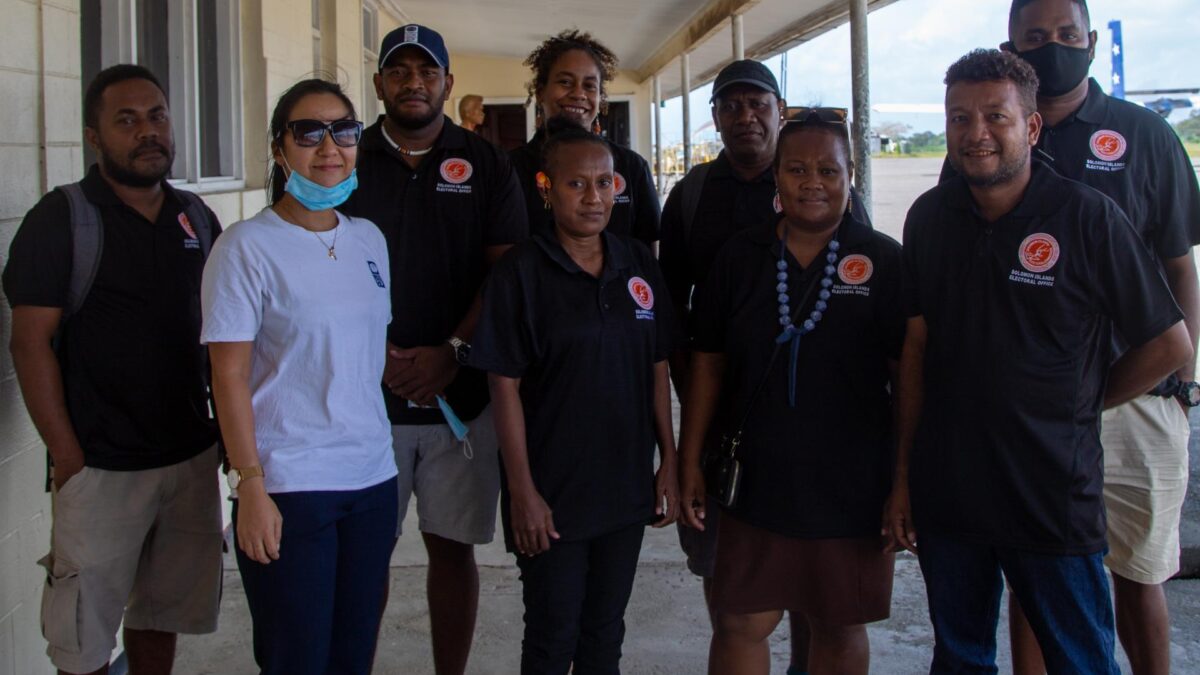 SIEO Training Team leaves for Auki this afternoon from Honiara to conduct training for senior election officials for the West Kwaio National Parliamentary by-election and the Ward 18 of Malaita Provincial Assembly by-election.

Both by-elections are proposed to be held simultaneously on the 21st September, 2022.

registration officers in preparation for the conduct of the Biometric and voter registration update in Western and Choiseul Provinces.

This BVR training will bring together officers from Choiseul to Gizo and is scheduled to begin on the 11th  of July in Gizo, Western Province.

Acting Chief Electoral Officer, Fredrick Bosoboe, who is leading the team echoes, SIEO on behalf of the SIEC wants to acknowledge the Solomon Islands Government and our SECSIP/UNDP electoral project for financially supporting these trainings.

Importantly, also the support by the Malaita Provincial Government for its administrative arrangements and logistical backing to the Commission.