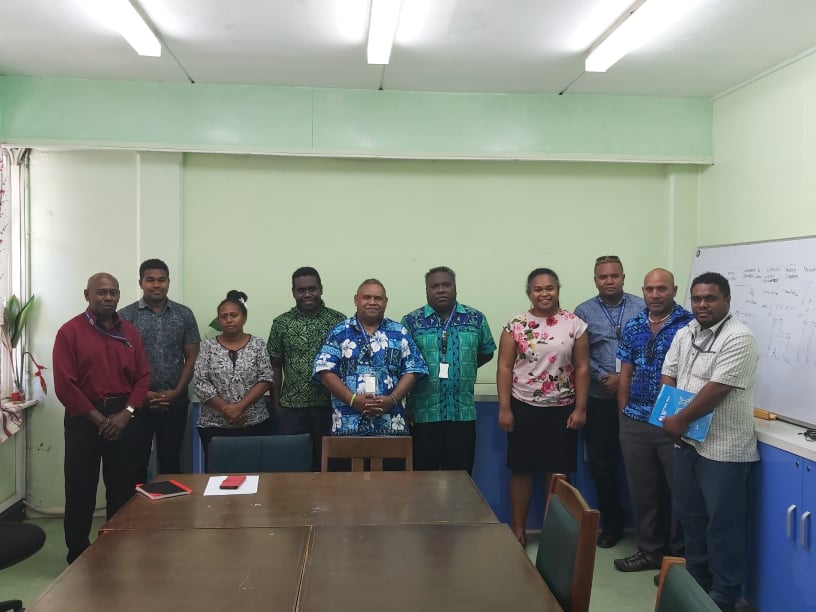 The Solomon Islands Chamber of Commerce and Industries, SICCI, has met with the Policy, Implementation, Monitoring and Evaluation Unit, PIMEU, as part of the ongoing seminar updates within the Office of the Prime Minister and Cabinet, OPMC, this week.

Speaking during the meeting, SICCI Chief Executive Officer Ms Atenisi Ata has highlighted the priority areas in the Memorandum of Understandings, MOUs signed between SICCI and the Government.

Ms Ata said the signed MOUs in 2017 and this year, have set a profound plat form for the Private Sector to work closely with the Government on the priority development areas through the relevant line ministries.

She said the recent MOU signed this year has set SICCI and the Government to discuss and put forward the priority areas which need to focus on in both private and public sectors.

“Some of the areas discussed so far included tax reforms, modelling the tax base, new law or reviewing the current  Tax Act, emphasising opportunity for SICCI to be involved in the Development Budget, and SME Acts, Land Reform, Infrastructure and Manufacturing,” Ms Ata said.

She said under the recent MOU, SICCI, the Advisory Group and the Government are able to meet once every month to discuss and have update reports from both sectors on the way forward.

Ms Ata added that SICCI is also planning joint forums to be hosted twice a year to note progress on activities key to private sector development in the country.

SICCI and PIMEU have also agreed to have regular interactions and dialogue, perhaps once a monthly,  to deepen the level of engagement and cooperation on areas of mutual interest in the respective policy sectors.

Meanwhile National Consultant to the Office of the Prime Minister and Cabinet, Mr Bernard Bata’anisia said the meeting is part of the PIMEU engagement and interactions with the Key stakeholders and other Government Ministries.

The meeting was attended by SICCI CEO and members, and Staff from the Ministry of Finance and Treasury and PIMEU.