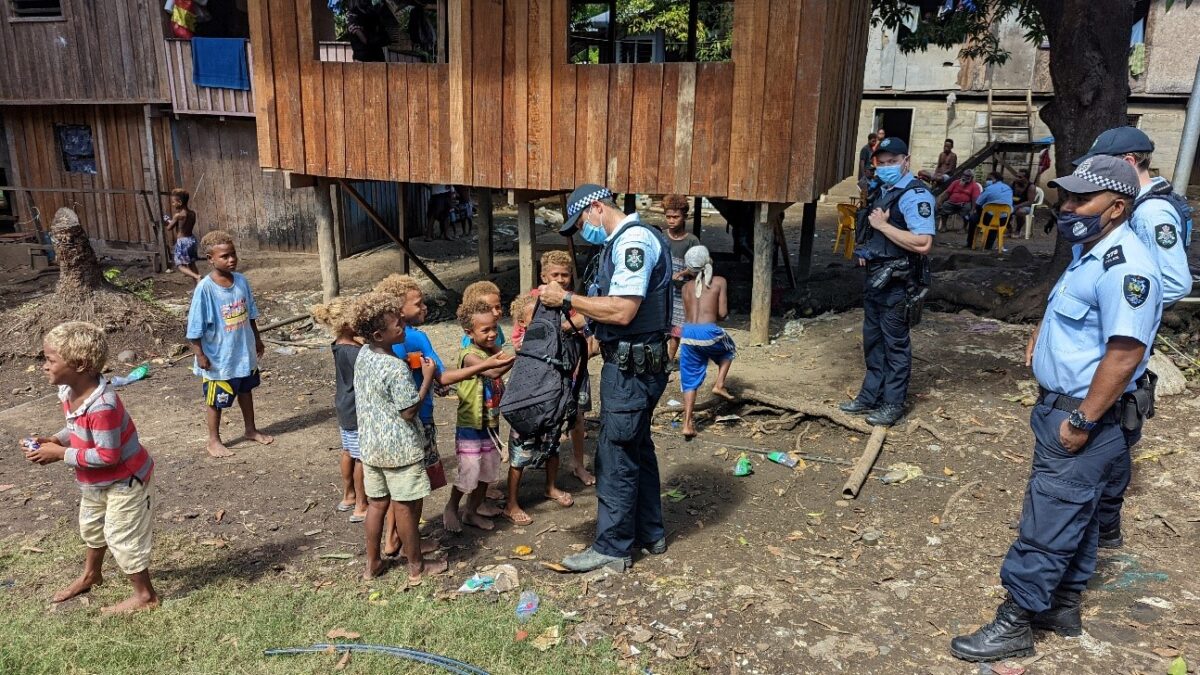 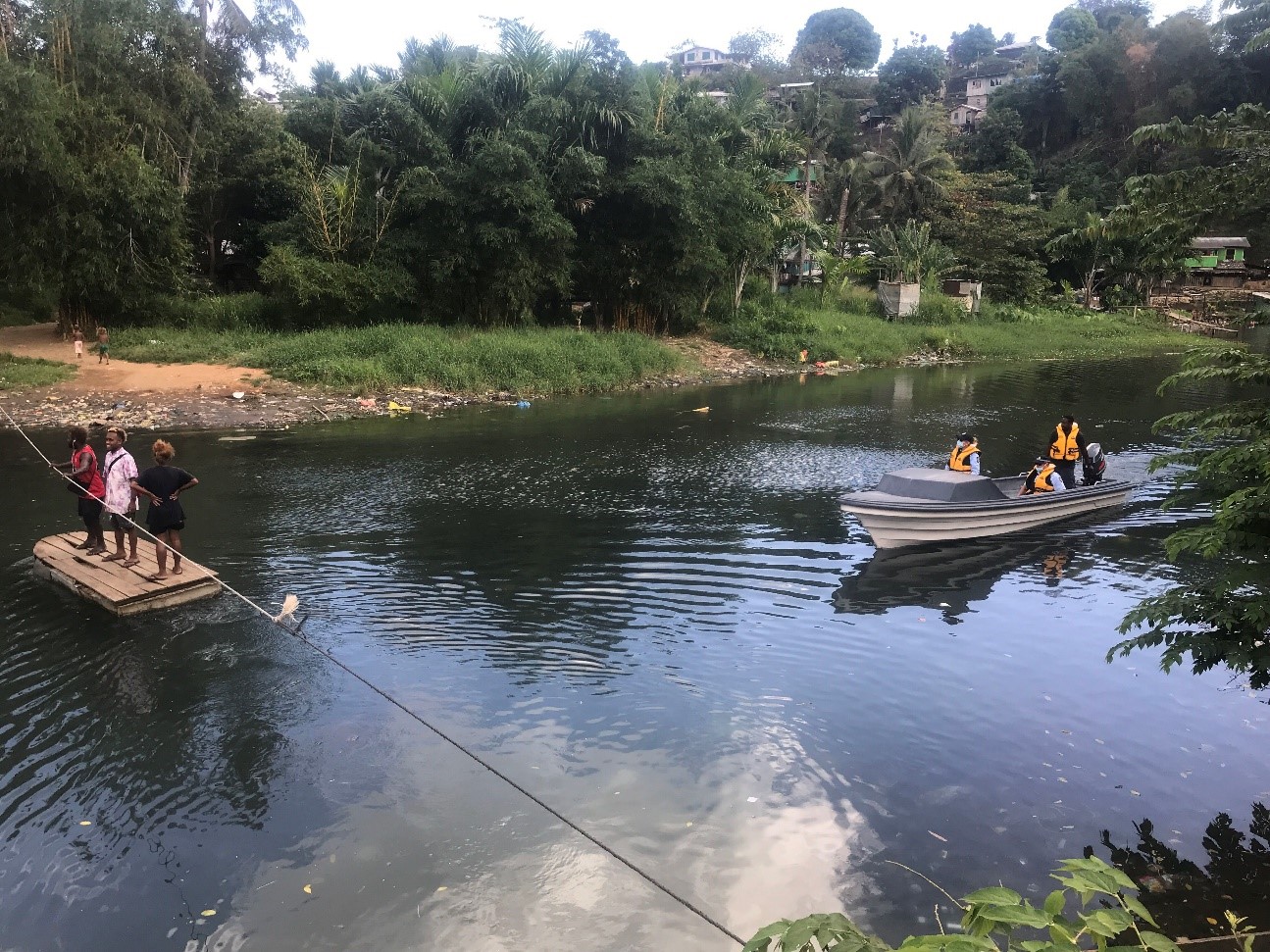 AFP officers under SIAF and RSIPF maritime officers during their maritime patrol up the Mataniko River. 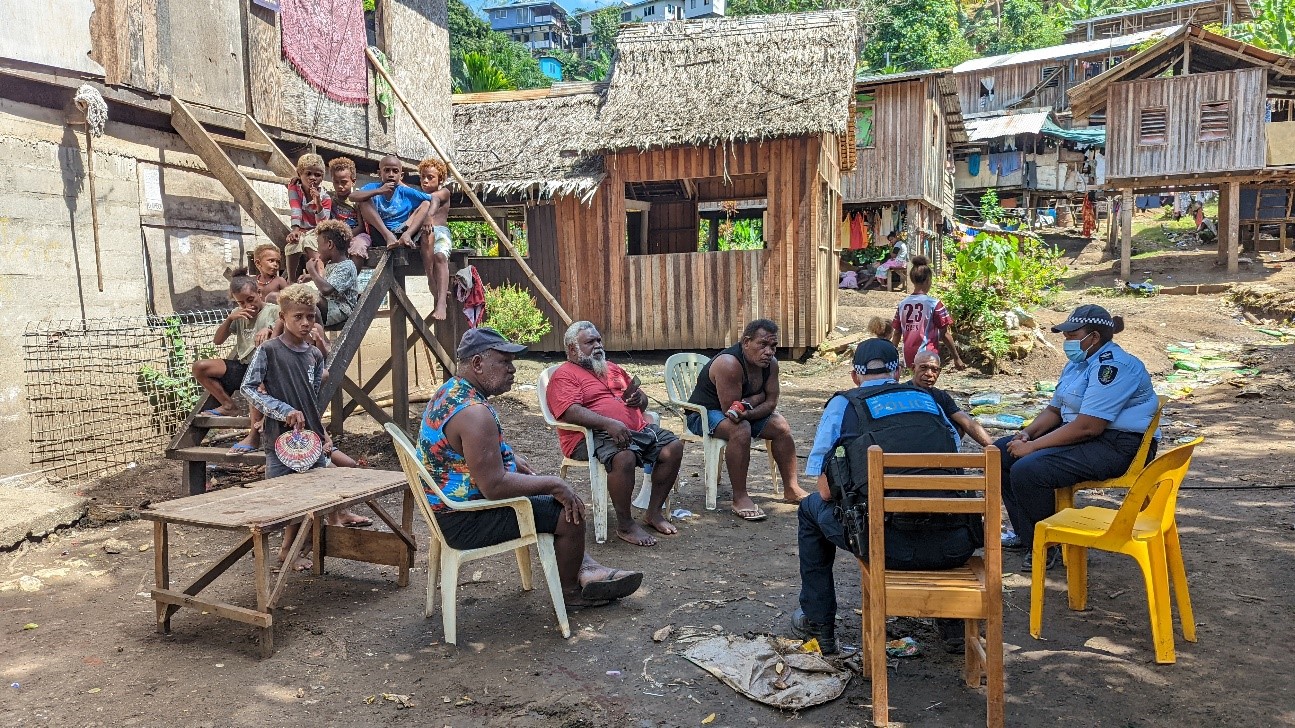 AFP officers under SIAF with RSIPF officers meeting leaders and elders at Koa Hill community during their recent visit to the community.

SIAF and RSIPF are building stronger engagements with communities in and around Honiara including Koa Hill.

During their recent joint foot patrol to Koa Hill, RSIPF and SIAF officers had meetings with leaders and elders of the community.

The leadership group raised some issues that the community is dealing with, and further discussions were centered on a range of options for how RSIPF could support the community.

They also discussed the recent proposal to conduct an RSIPF Family Day on the Koa Hill fields in the near future.

SIAF Leading Senior Constable, Rob Hall, said during the visit to Koa Hill RSIPF and SIAF officers engaged with many children who were very excited to see them.

“Police have been increasing its presence in Koa Hill in order to engage with the community, but it is especially pleasing to meet the local children,” Constable Hall said.

Constable Hall said they look forward to working with the RSIPF to continue to engage with the Koa Hill community in future.

Beside the foot patrol, RSIPF Maritime operated a small boat that patrolled up the Mataniko River with SIAF members also on board.

As part of the family day proposal, the RSIPF plans to compete in a variety of team sports with the Koa Hill community in addition to hosting a variety of activities and displays for the local children.