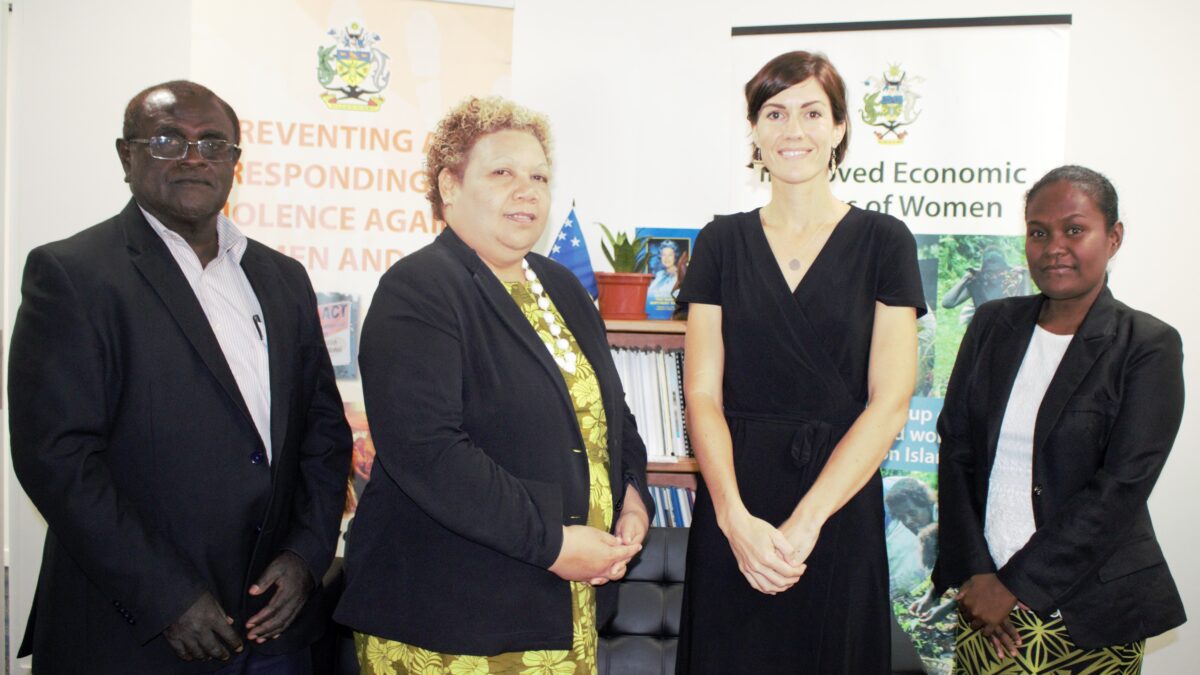 Hosted and chaired by French Polynesia, the meeting is delivered via video conference given that travel restrictions are still being observed across the region due to the COVID-19 pandemic.

The Ministerial meeting attended by honourable ministers responsible for women affairs and their senior officials followed the 14th Triennial Conference of Pacific Women convened last week from 27 to 29 April by the Pacific Community (SPC).

Solomon Islands strongly recommend that the importance of Women in Leadership and Decision-Making is made a clear priority area instead of it being a cross-cutting issue as it is the least progressed area in Solomon Islands and many Pacific Island Countries.

The Honourable Minister strongly support recommendations on the need to support women’s development as leaders in the private sector.
“Women’s political representation and leadership is important, as is the importance of seeing women represented in other sectors, on boards, commissions, advisory committees, industry representative organisations,” she said.

In regards to progressing Gender Equality, Minister Rangirei stressed that Covid19 has had a substantial impact on women and girls in Solomon Islands, who already face multiple disadvantages and barriers to accessing paid work.

“During and since the pandemic, women’s access to income generating activities decreased, while reduction in overall household income has meant that the need to generate income has increased.”

She said two areas where women face barriers to economic activity are in their access to land, due to customary land practices, and to credit and where women do access credit, there can be adverse outcomes, such as credit facilities refusing to waive loan repayments during the pandemic therefore there is a need to ensure access for women to fair credit.

The SAFENET referral network for victims/survivors of GBV has been rolled out to 4 provinces and will be rolled out to the remaining provinces this year, achieving nationwide reach and improving access to essential GBV services for all women and girls.

Domestic violence workers across the country are now being trained in GBV counselling methodology and survivors will have access to trained and registered counsellors.

SAFENET Referral Network (SAFENET) which is a network of government ministries and agencies, CSOs and NGOs that over the past years have progressively worked to ensure the availability and accessibility of quality and essential services ranging from safe accommodation, legal advice, medical services, protection and counselling through a referral pathway including standard operating procedures.

However, the Minister acknowledged that there is a need for a far greater focus on GBV prevention, and also working with men, to stop the violence before it starts and must ensure that while we take steps to support victim survivors, we are also trying to address the problem before it begins, through our primary prevention activities.

She added that Solomon Islands also acknowledges the importance of faith-based approaches and partnering with churches and faith-based organisations to address GBV. The Ministerial meeting concluded with the endorsement of the Outcomes Document by all participating island countries.

The Republic of the Marshall Islands will host the next 14th Triennial conference and 7th Meeting of Pacific Ministers for Women in 2024.

Meanwhile, 30 representatives from government ministries and civil society organisations have attended the 14th Triennial Conference of Pacific Women on last week April 27-29, via zoom meeting at Heritage Park hotel conference room in Honiara. It is said to be the biggest conference ever with less cost, attended by 1000 participants across 22 Island countries through the pacific.