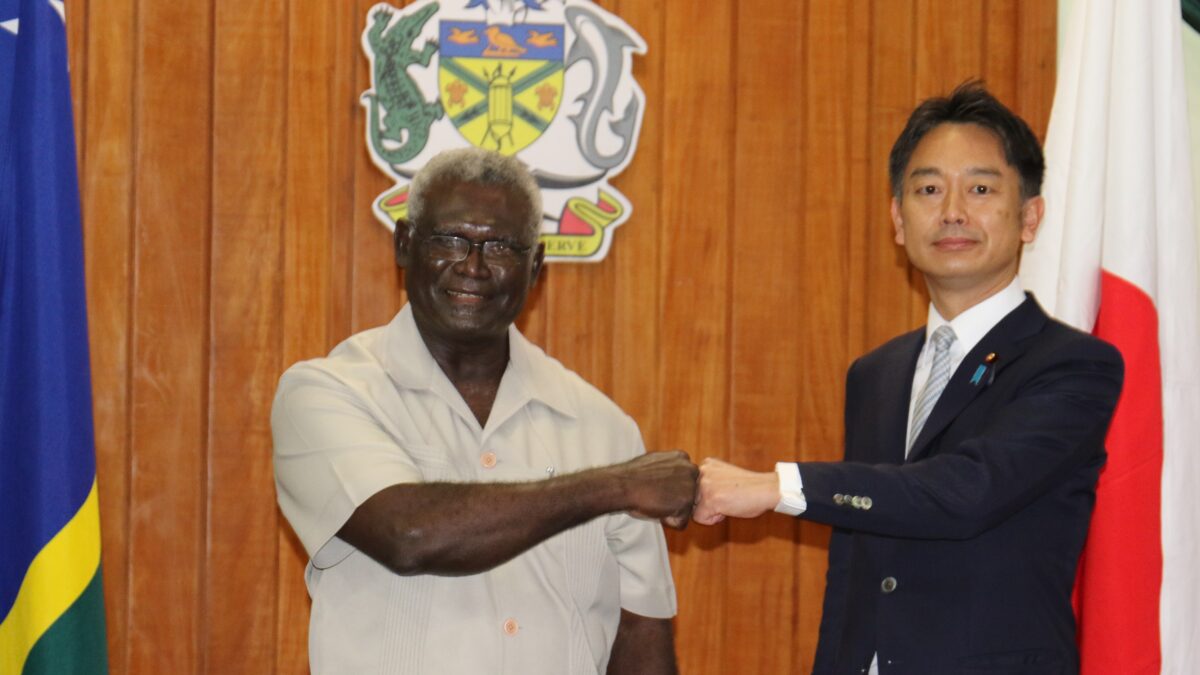 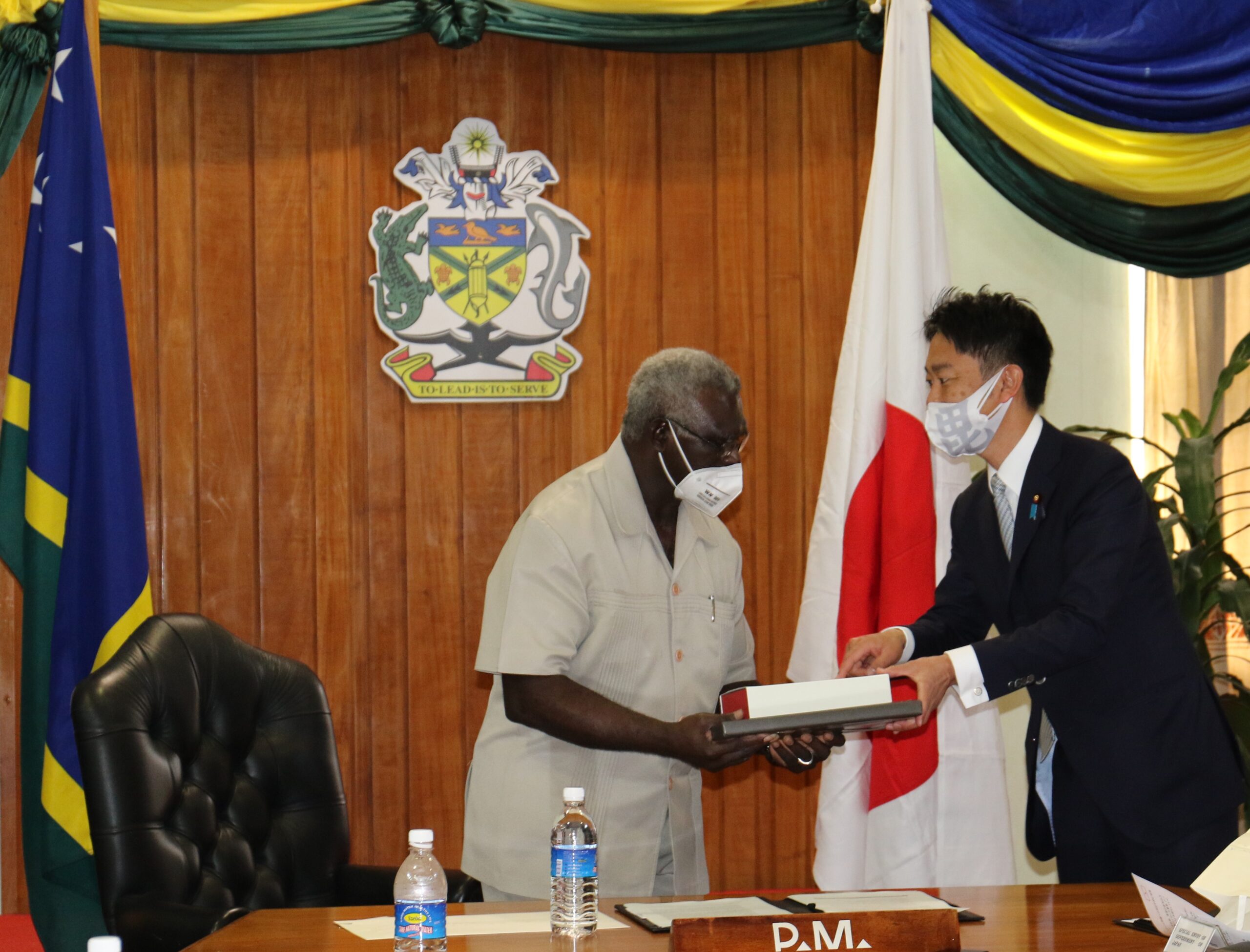 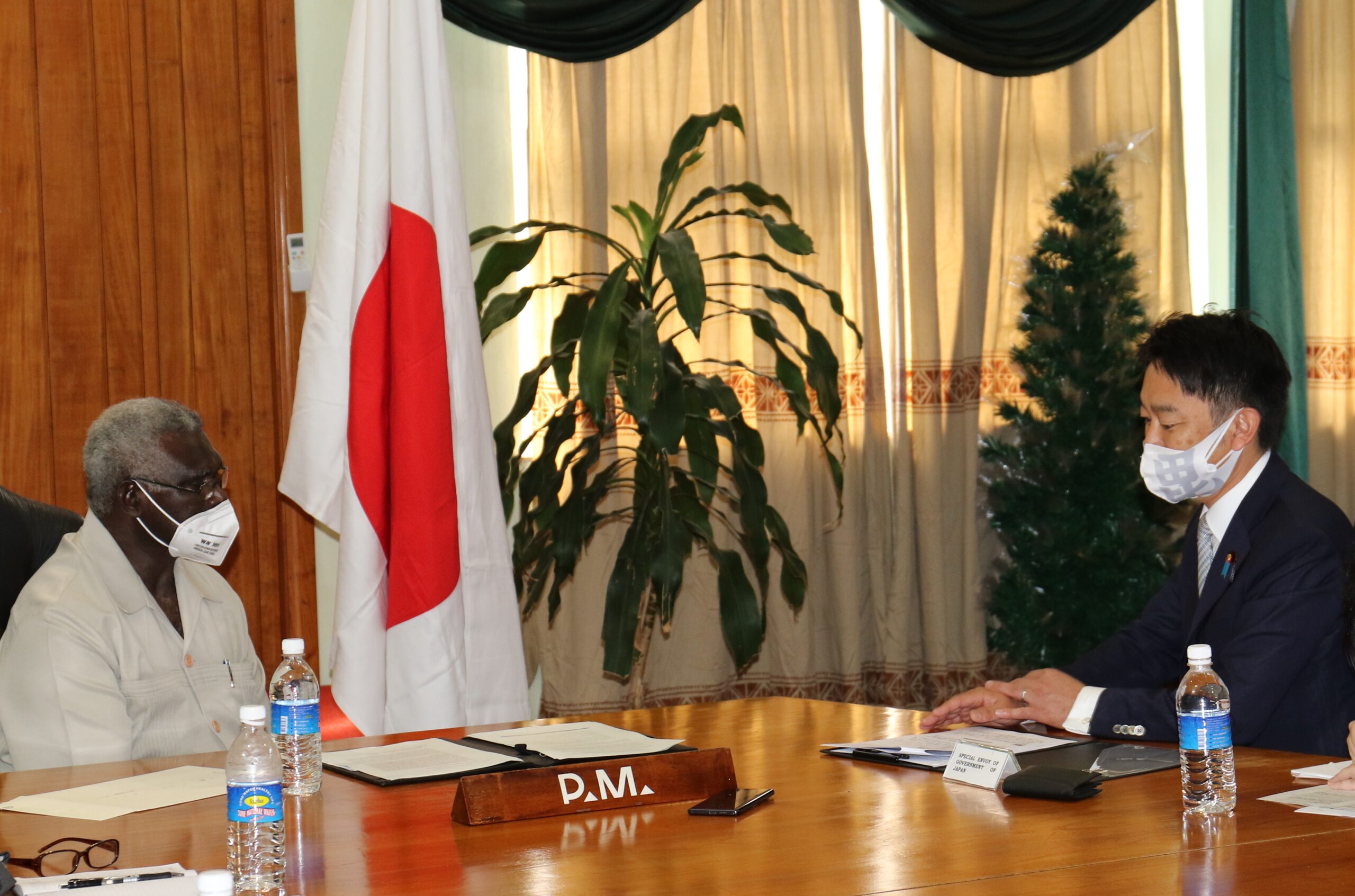 Solomon Islands and Japan took stock of their positive, strong and firm relations and agreed to further bolster bilateral cooperation programs in a number of sectors.

This was the outcome of Honiara’s meeting between Prime Minister Hon. Manasseh Sogavare and Japan’s vice Foreign Minister Kentaro Uesugi.

The 7-member high level delegation comprise high-ranking officials from Japan’s Parliament Office, Ministry of Foreign Affairs and Ministry of Defense who flew in from Tokyo over the weekend.

Since then Solomon Islands continue to benefit from Japanese infrastructure program to this day.

Solomon Islands expressed its gratitude for Japan’s COVID-19 support to the country and look forward to keep working with Japan in combating the pandemic.

Solomon Islands assured Japan that it will continue to stand with Japan on very important international issues of mutual concerns.

Prime Minister Sogavare assured Japan that the security pact signed with China poses no threat to Japan or the region. This security agreement is to address domestic soft and hard threats.

Both countries underlined respect for each other’s sovereignty and their shared responsibility to nurture friendship, peace and stability in the region.

Solomon Islands assures Japan it has no intention whatsoever to have a foreign military presence in the country.