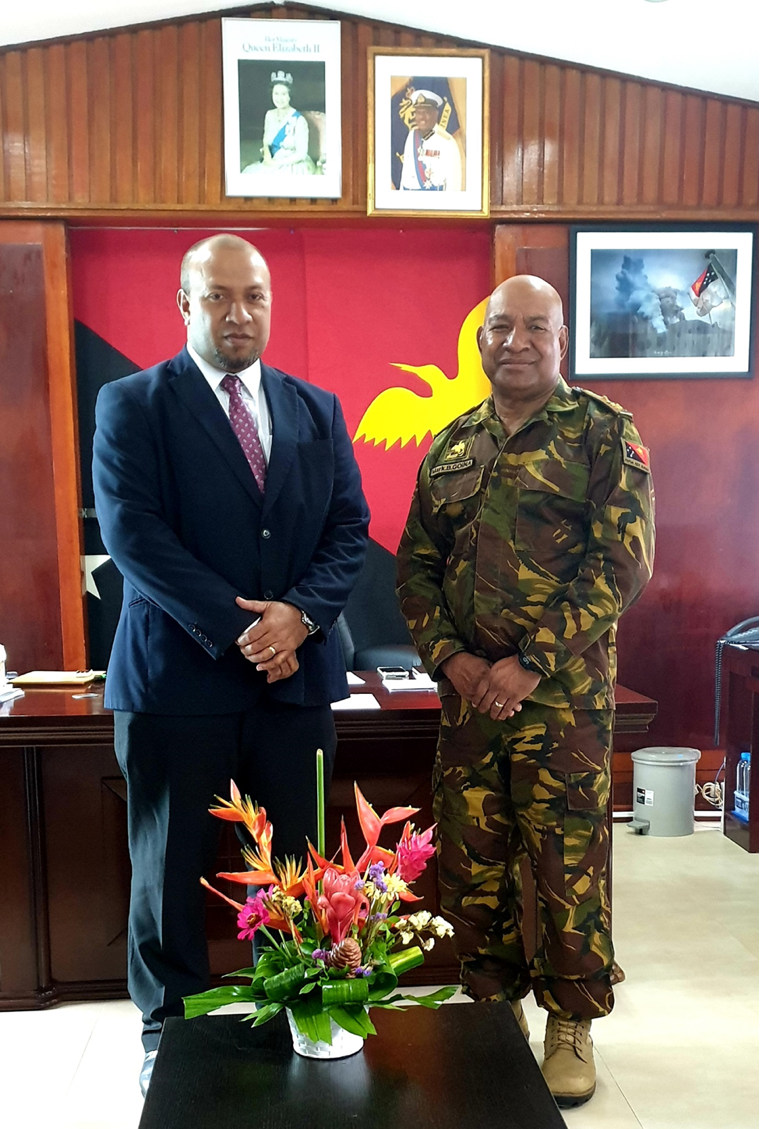 PNGDF was an active member of the 13-year Regional Assistance Mission to Solomon Islands (RAMSI). In November 2021, PNGDF personnel were on standby for deployment during the Honiara riots but decision was made later to only deploy personnel from Royal PNG Constabulary (RPNGC) and PNG Correctional Services.

The meeting was held at the PNGDF Headquarter at Murray Barracks, Port Moresby.