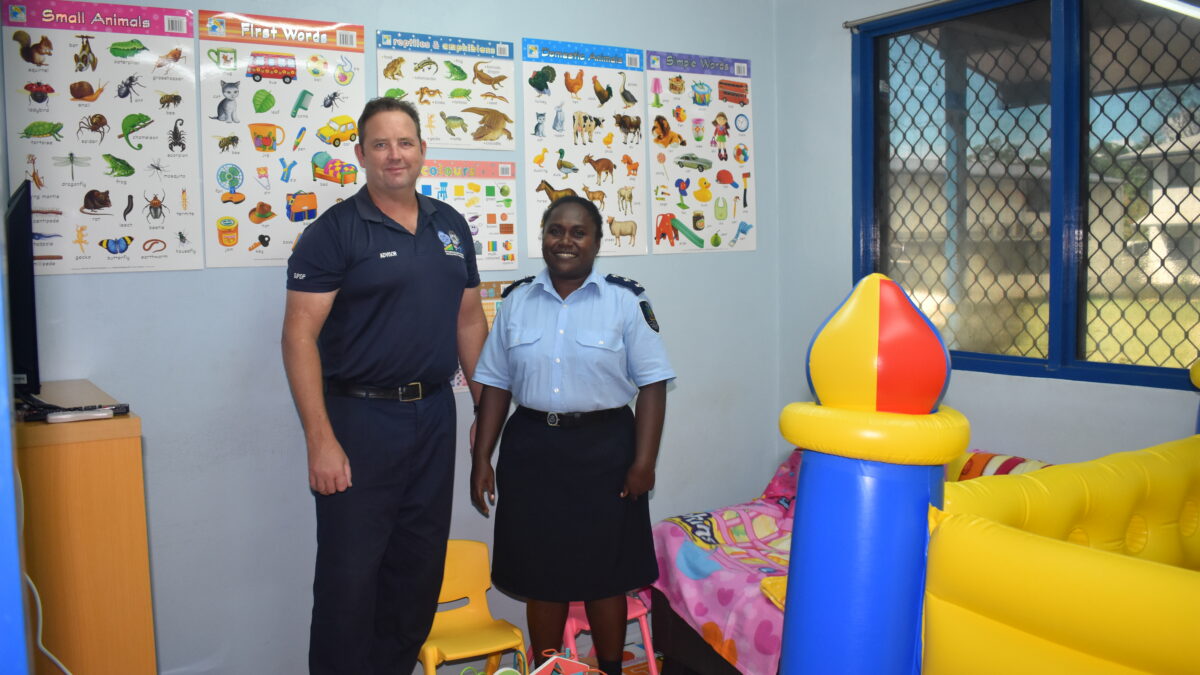 Sexual Assault Office of the Royal Solomon Island Police Force (RSIPF) has boosted with a new playroom for children today (19 May 2021) at Rove police headquarters.

OIC Nala says, “The new play room will provide a safe and comforting environment for child victims, and children of adult victims who attend the office.”

Inspector Nala says, “The Australian Federal Police (AFP) through Solomon Islands Police Development Program (SIPDP) has supported the RSIPF in the refurbishment of one interview room as a Children’s Retreat place. Soft flooring, blankets, toys, colouring books and pencils, educational charts and a small television have been purchased by the SIPDP through partnership.”

Ms Nala says, “RSIPF would also like to thank the AFP through the SIPDP program for the support rendered to the RSIPF Organisation. In particular, the Sexual Assault Office to provide a comfortable room for the child victims and children of the adult victims who are accompanying a parent who is a victim of abuse to visit, whilst statements are obtained.”