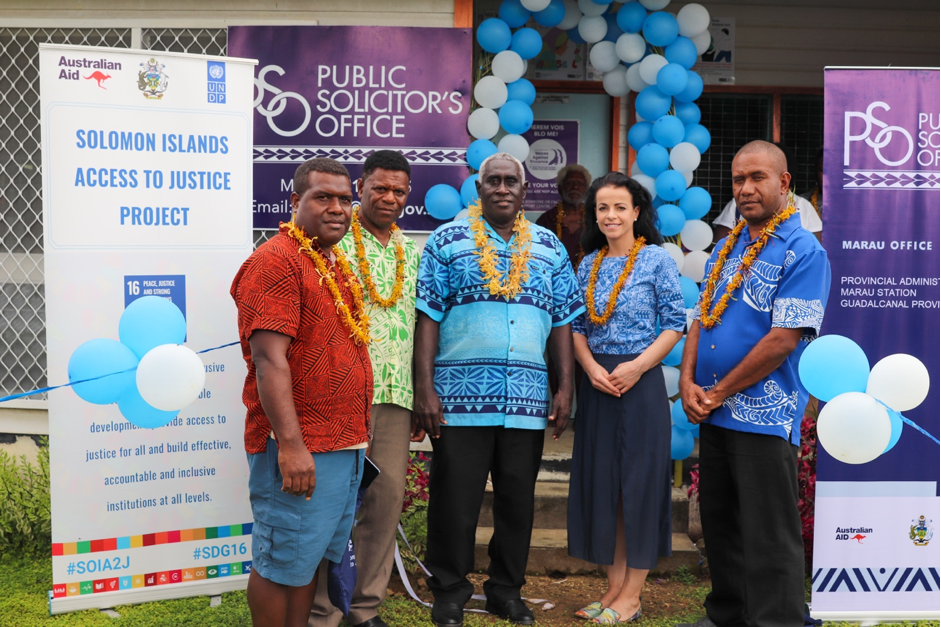 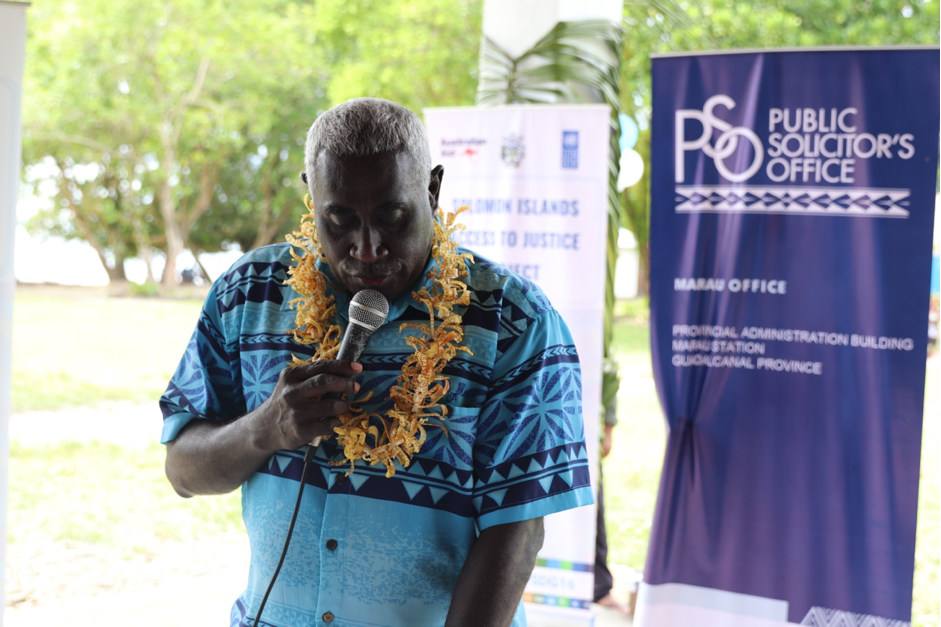 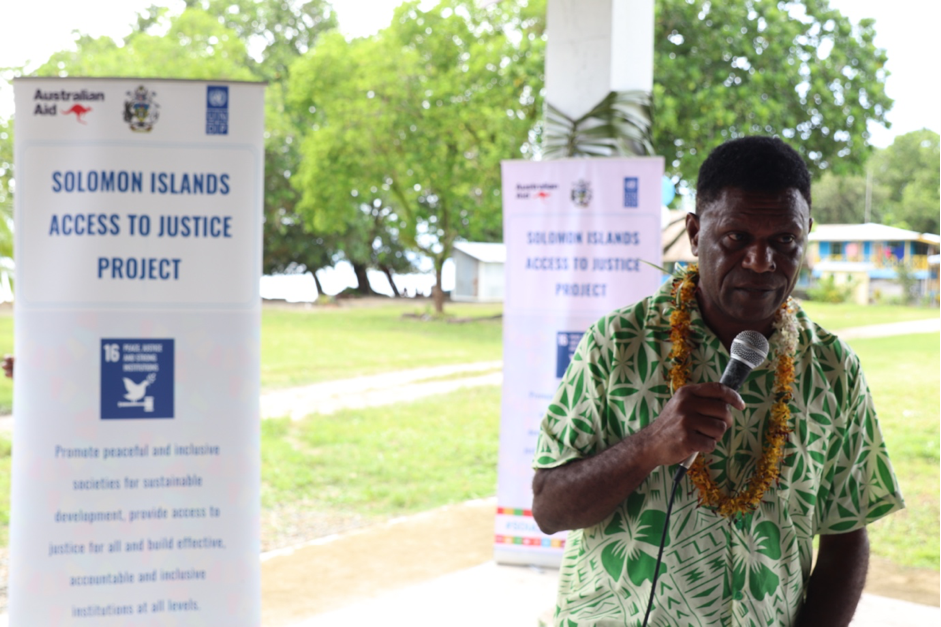 Over 15,000 people will now have access to legal information, advice and representation as the Public Solicitor’s Office (PSO) opens a branch in Marau.

The initiative was made possible through a collaboration between the Guadalcanal Provincial Government and the Access to Justice Project, which is implemented by the UN Development Programme in partnership with the Ministry of Justice and Legal Affairs and the Public Solicitor’s Office with support from the Government of Australia.

While located on the island of Guadalcanal, Marau still remains a remote area of Solomon Islands given its distance from a provincial capital, necessitating people to take long, expensive journeys to the capital to access legal services.

On August 12, the Minister of Justice and Legal Affairs, Hon. Clezy Rore officially opened the doors to the new PSO branch in Marau. In his keynote address, the Hon. Minister Rore, emphasized the close connection between accessing and securing justice and the peacebuilding process in the country.

“When we can uphold human rights, and when we are able to satisfactorily resolve issues and disputes in our communities in a timely manner, that is when we can achieve peace,” Hon. Rore said.

Hon. Rore encouraged the people of Marau to “utilize the services that are provided through the PSO to protect the rights of the most vulnerable, including women, youth, and people with disabilities.”

In his welcoming speech, Hon. Deputy Premier for Guadalcanal Province Lazarus Alfred Rima stressed the importance of cooperation and expressed his gratitude to UNDP and the Australian Government for their continuous support.

“I thank the PSO for expanding your services to the communities of Marau as well as the Ministry of Justice and Legal Affairs for ensuring the administration of justice continues in our country. I would like to acknowledge and thank our development partners, the Australian Government and UNDP who have supported Solomon Islands towards achieving access to justice for all.” 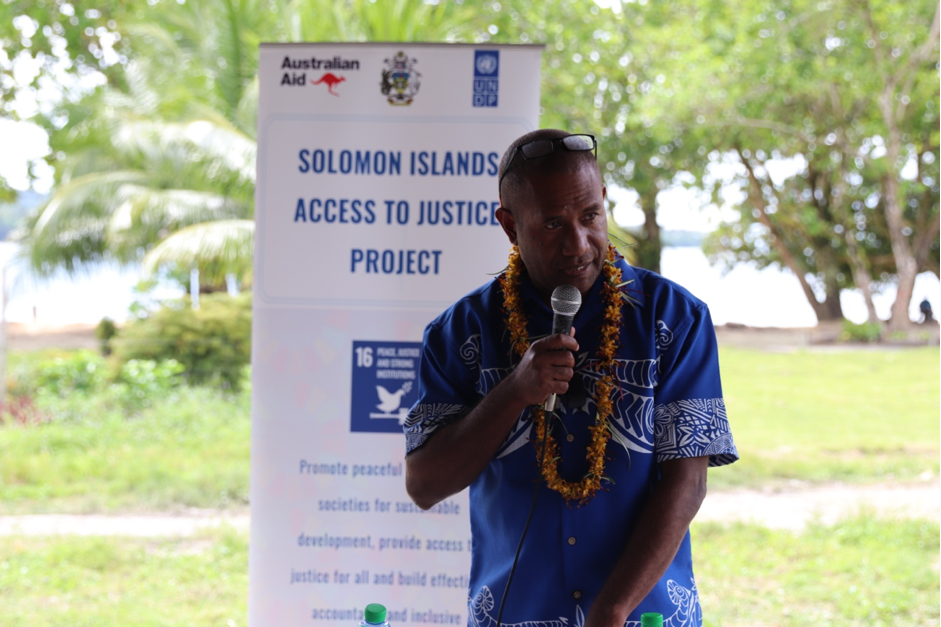 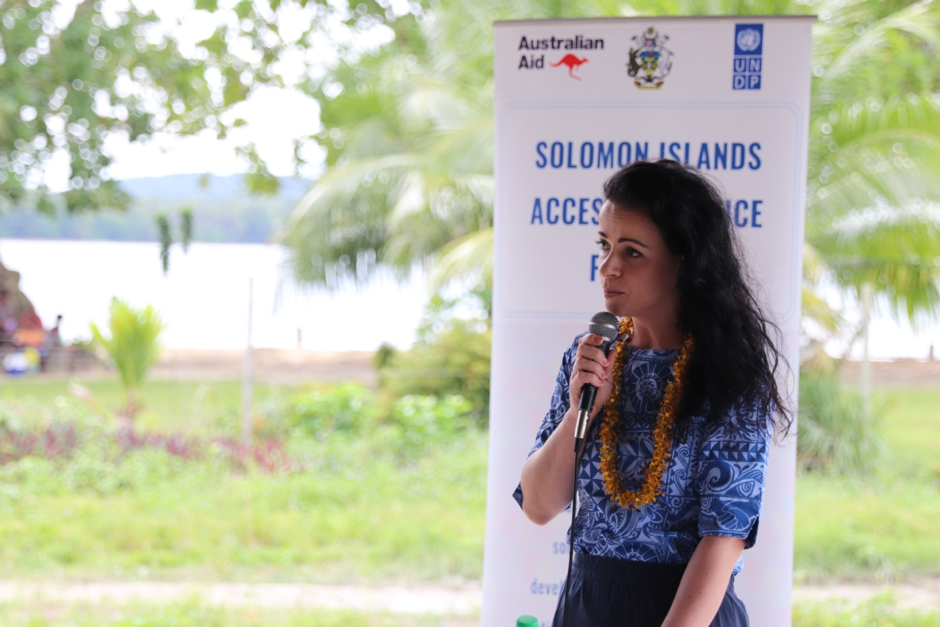 Hon. Deputy Premier Rima highlighted the importance of opening the PSO branch in Marau and enhancing accessibility of free legal services to the people of the Marau as “it has been a significant center of provincial and state services to the communities that are administratively unified into eight different wards.”

Following the same sentiments, Mr. George Gray, the Public Solicitor of Solomon Islands said, “The establishment of the PSO office in Marau is the second PSO branch that we launched in just one year. It is a reflection of a collective effort that contributes to improving access to and securing justice at provincial and community levels.”

He added, “This day marks an important milestone for the Public Solicitor’s Office, partners and stakeholders to be able to establish an office in this area but at the same time to the people of Marau and surrounding communities that will finally access justice services with ease and less expense.”

Speaking on behalf of the UN Development Programme in Solomon Islands, Ms. Grace Kiernan, Acting Country Manager noted, “Justice for everyone is at the heart of sustainable and inclusive development and is essential to achieving the 2030 Agenda and Sustainable Development Goals.”

Reflecting on the PSO and UNDP’s close partnership with the Government on this matter, Ms. Kiernan highlighted that “upholding the rule of law and ensuring everyone has access to the resources necessary to protect their rights and interests will benefit not just one person but everyone.” “Today’s opening of the Marau PSO branch marks the beginning of a new justice journey for the people of Guadalcanal Province.” 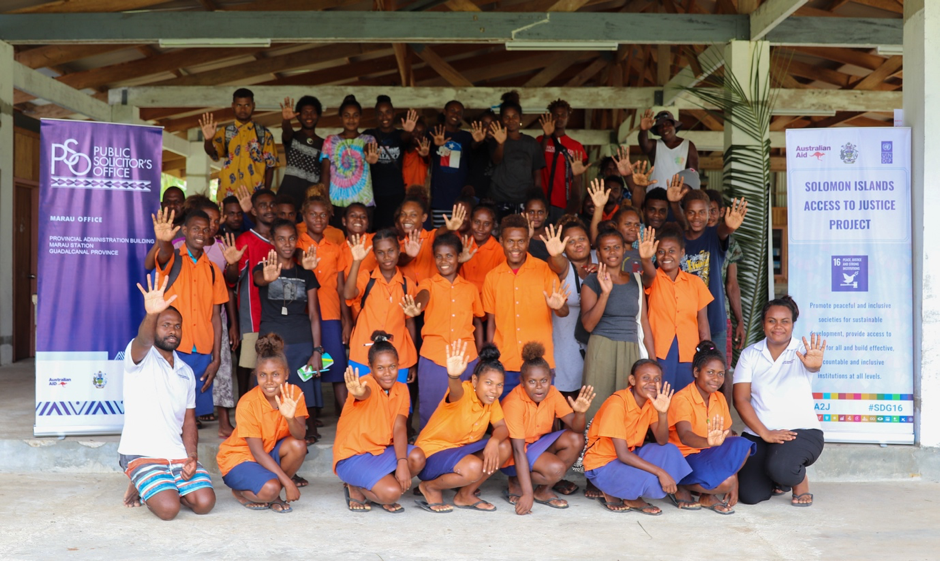 Following the official opening of the new office, people in Marau and surrounding communities were able to discuss their legal issues with PSO staff members in a confidential setting.

The event was followed with a celebration for International Youth Day, highlighting this year’s theme on ‘Intergenerational Solidarity’. Young people from Marau were engaged in one-day training where they interacted with other generations to learn more about their rights and the work of the PSO.

With the Sustainable Development Goals as a guiding thread, UNDP works closely with governments to improve legal frameworks and national justice systems. The goal is to increase access to justice and peaceful resolution of disputes for all.