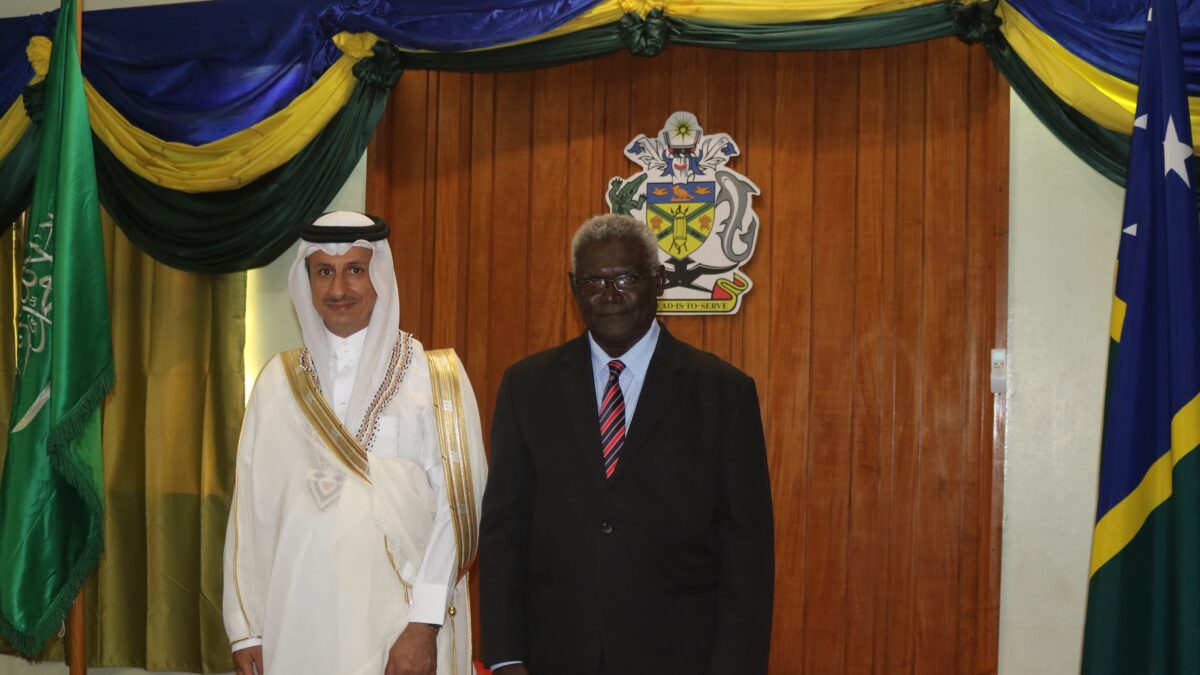 The arrival of the minister of Tourism of Kingdom of Saudi Arabia and also chairman of the Board of Directors of the Saudi Fund for Development, Mr. Ageel Alkhateeb is a significant milestone achievement in the bilateral relations between the Solomon Islands and Saudi Arabia.

Mr. Alkhateeb is the first high ranking Saudi Arabia representative to grace our shores and met with national leaders since the two countries established diplomatic ties in 2014.

The high ranking Saudi representative made a courtesy call on the Prime Minister, Honourable Manasseh Sogavare.

During the courtesy call Mr. Ageel Alkhateeb and PM Sogavare discussed areas of mutual interest especially in infrastructure development and other shared aspirations.

Earlier in the day, the Saudi Arabia Tourism Minister and Chairman of the Board of Directors of the Saudi Fund for Development met with the supervising Minister of Culture and Tourism at the Heritage Park Hotel.