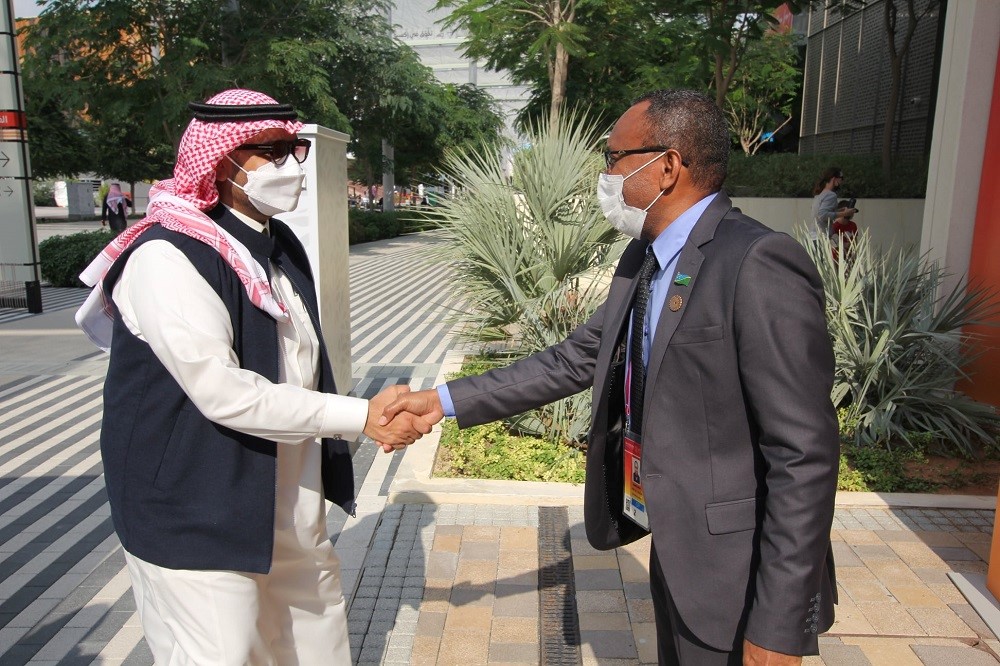 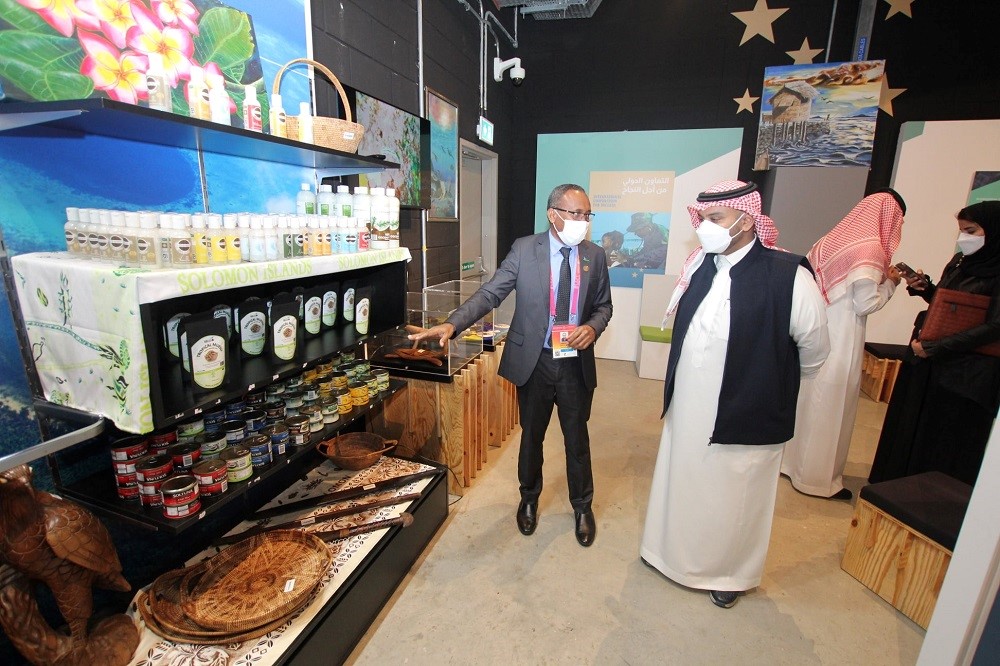 After a brief welcome and introduction by Deputy Commissioner General and Pavilion Director Mr Dennis Marita, Minister AlKhamies was particularly interested in probing the prospects of having SolTuna and Kokonut Pacific including a few of our branded products made available on Saudi Arabia shelves in the future .

Minister AlKhamies was also mindful of the relatively high costs of transporting products from the Solomon Islands to the Gulf Region but added that there were always avenues in which such logistic challenges could be addressed to ensure a fair Return on Investment to both parties.

The Saudi Minister was eagerly inquisitive to know more about the name Solomon, which Team Solo was again privileged to explain.

DCG Marita in acknowledging the visit by Minister AlKhamies said that the Solomon Islands was always eager to look beyond its borders.

DCG Marita provided Minister AlKhamies with copies of the various Investment publications together with a gift pack which included SolTuna and Pacific Kokonut products.