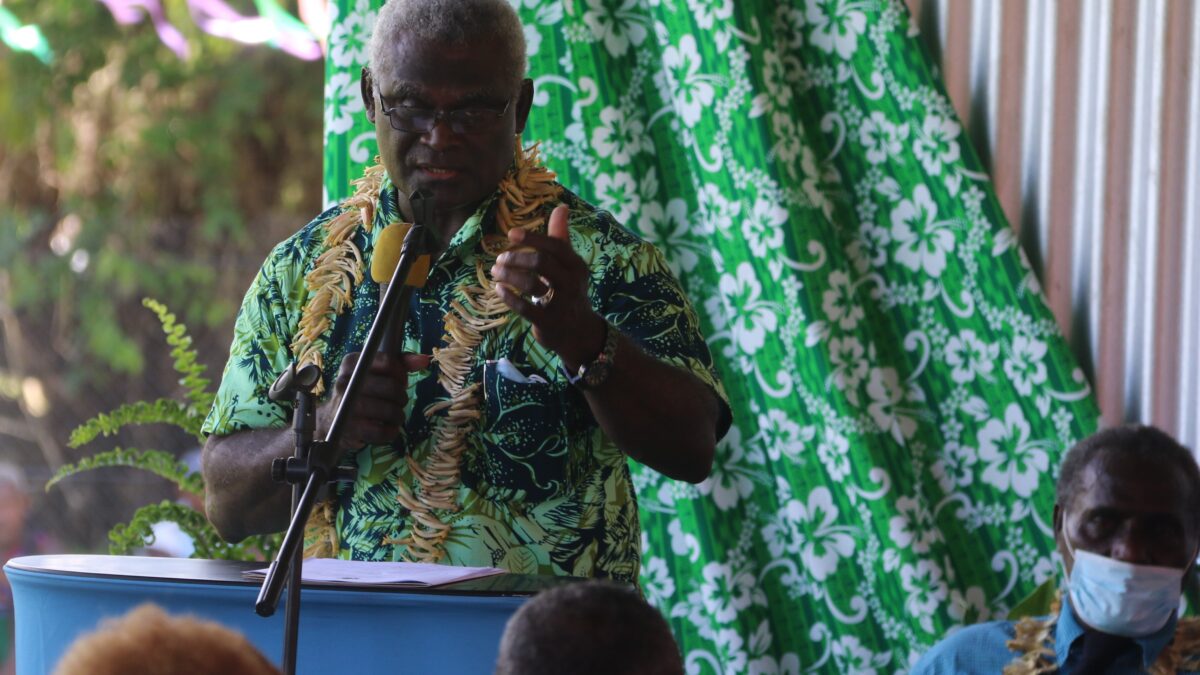 Prime Minister Honorable Manasseh Sogavare acknowledged that the strength of the country lies in the rural areas.

PM Sogavare made the acknowledgement when he officially opened a cocoa and copra buying center at Pakera, Central Makira, Makira Ulawa Province.

The buying center is the initiative of Commodities Export Marketing Authority (CEMA) under its revitalization and recapitalization seven years’ strategy from 2021.

During the opening of the buying center, the Prime Minister has admitted that the country has been a victim of wrongful structures- the pre- conditions set out in the past by others which then contributed to the destruction of well- established institutions such as Livestock Development Authority (LDA), Government’s Shipping Services, Public Works Development, the (revived) CEMA to name a few.

The Prime Minister further highlighted that CEMA’s revitalization and recapilisation strategy will only become effective if line ministries are supporting it with necessary resources.

The Prime Minister also pointed out that Solomon Islands is considered to be poor by many other countries and that does not reflect well on the fact that the country is rich in resources.

PM Sogavare emphasized that focus should be in rural areas, and not Honiara which has becoming a city of residences which does not contribute much to the economy.

The Prime Minister highlighted that the strategy is to ease the pressure on Honiara by mobilizing people in rural areas to engage in economic development.

PM Sogavare pointed out that CEMA is here to stay, to contribute to the development of cocoa and copra industry in Makira Ulawa Province as well as throughout all the other Provinces.

The Prime Minister also paid tribute to cabinet sub- committees which have proven to be effective in carrying out important government projects.

PM Sogavare acknowledged the sub- committee responsible for CEMA in particular for proactively working with CEMA board and management to see the fruition of the first buying center.

The Prime Minister further acknowledged the family owning the Fixed Term Estate (FTE) title at Pakera and traditional landowners for their entrepreneurial spirit and leadership to partner with CEMA and contribute to the economy.

Prime Minister and delegation arrived back from  Kirakira on Thursday 5th May.