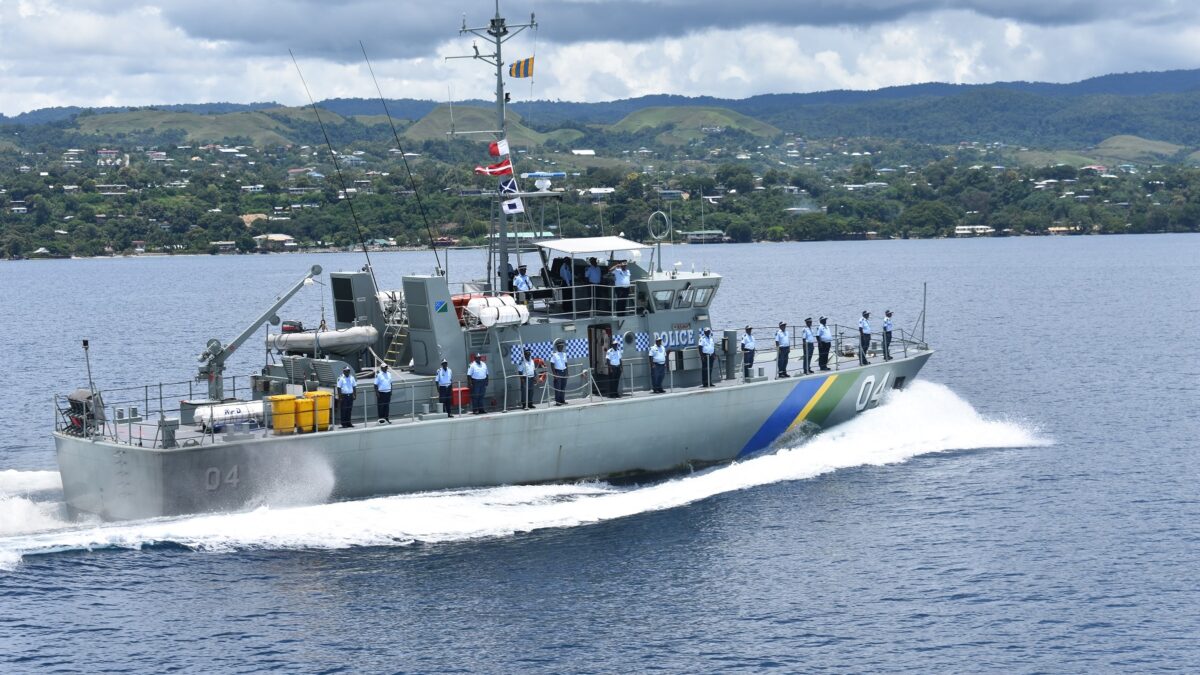 As the captain gave his final salute and family members waved to the crew, the Royal Solomon Islands Police Vessel (RSIPV) AUKI left the wharf at the Mbokona Bay Patrol Boat base in Honiara for final time before midday today (8 March 2021) after serving the country for 30 successful years.

The RSIPV AUKI was farewelled with a sail past including the RSIPV GIZO, several RSIPF Maritime stabi-crafts and the Australian navy vessel the HMAS Maitland in the Point Harbour area.

A decommissioning service was held for the RSIPV AUKI last Thursday 4 March 2021. The AUKI is being returned to the Government of Australia.

The RSIPF AUKI will take three days to sail to Cairns in Queensland, Australia where the crew will be quarantined for 14 days before flying over to Perth, Western Australia to undergo training on the replacement Guardian Class RSIPV TARO. The new patrol boat that is the, same as the RSIPV GIZO, is expected to be delivered in May this year.

Since its commissioning in 1991, the RSIPV AUKI travelled thousands of nautical miles on operations both within Solomon Islands waters and abroad to assist other Pacific neighbours.

During her loyal service to the nation, the RSIPF AUKI also undertook numerous humanitarian operations and rescues, police support operations within the country and the Solomon Islands Papua New Guinea common border. All of them were with successful outcomes and good results. 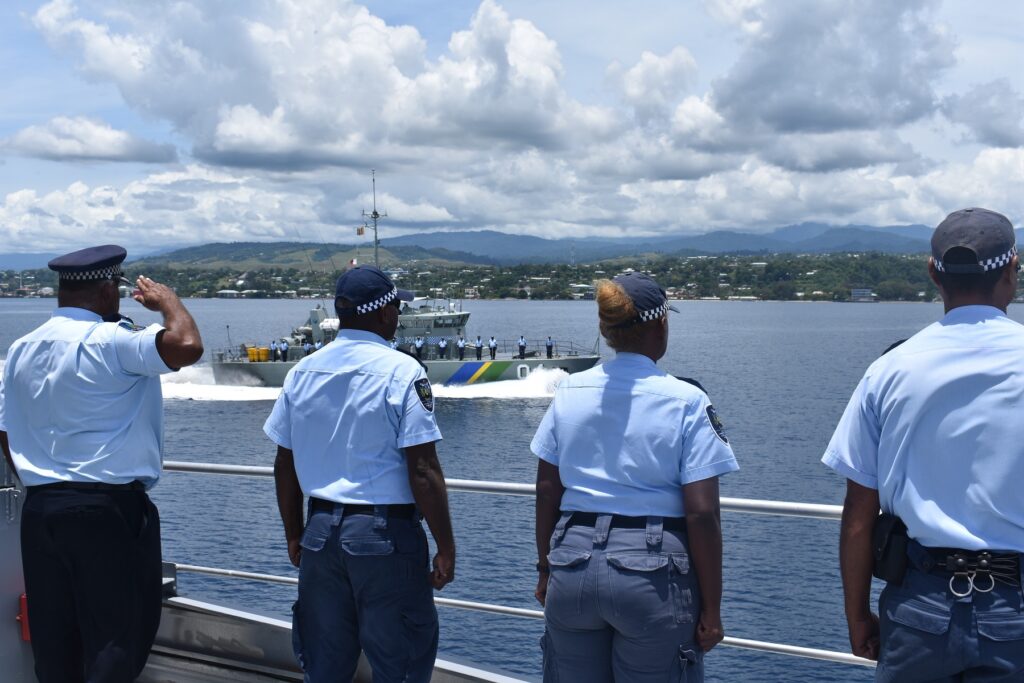 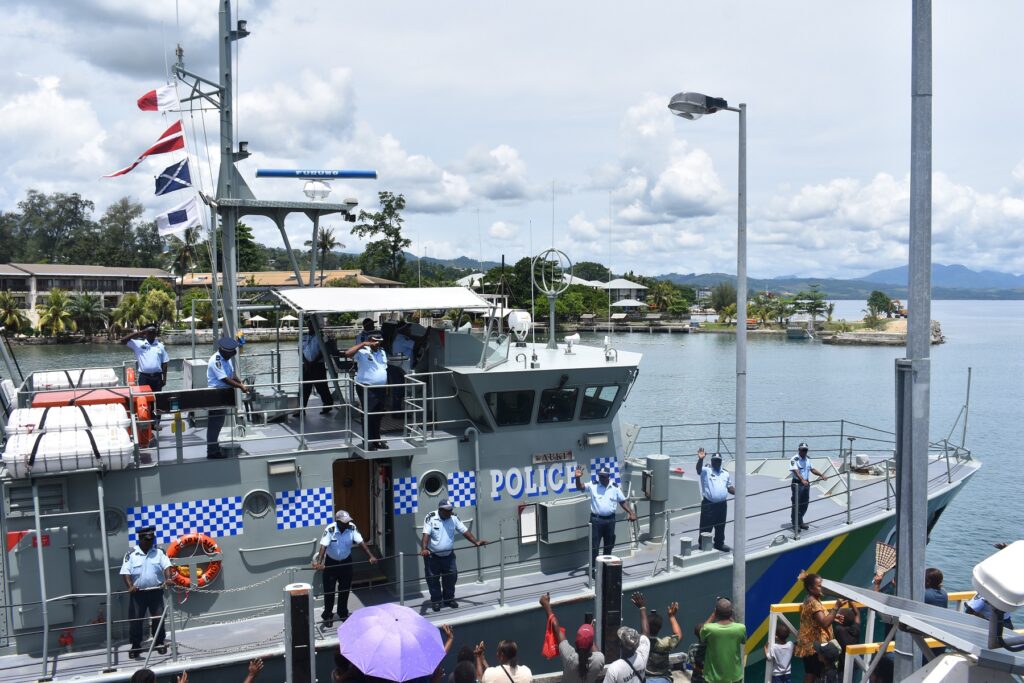 Captain of the RSIPV AUKI Sup. Doedoke makes his final salute as the vessel leaves the Mbokona base for the last time