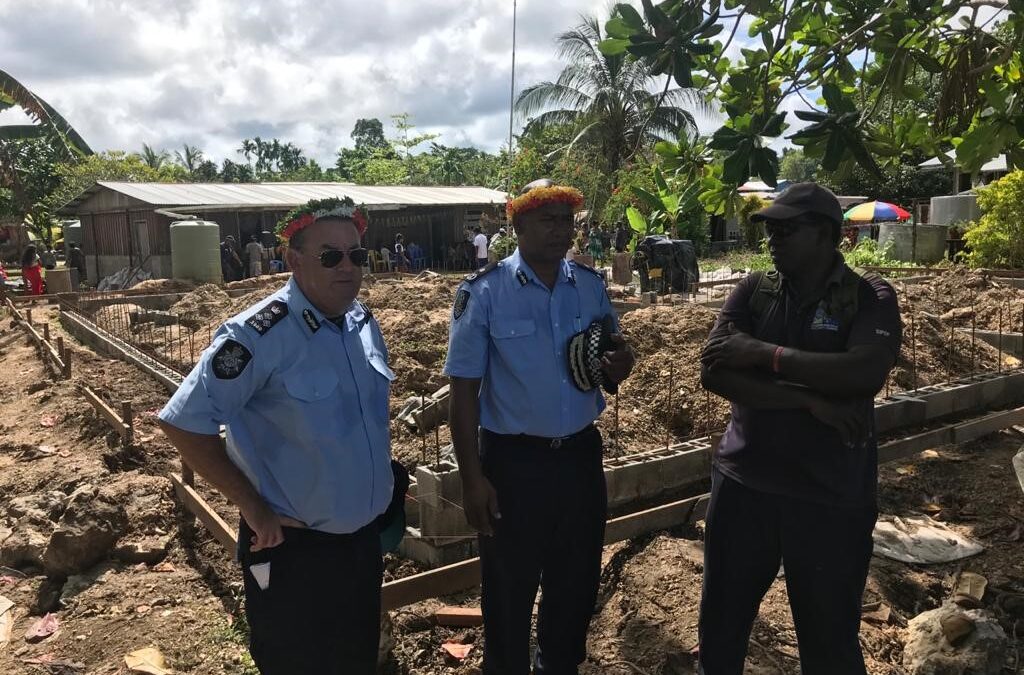 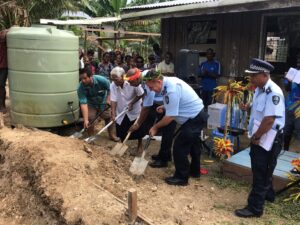 CRSIPF and CSIPDP are joined by the Hon. Movete T. Kabiri (MPA) and Wagina Council of Elders Secretary Tentoa Amon to turn the soil of the new

Commissioner of police Mostyn Mangau says, “The people of Wagina in Choiseul Province have longing to see the ground-breaking for the Wagina Police Station as it was the first of its kind to hold such event in their communities.”

Commissioner Mangau says, “On behalf of the RSIPF and SIPDP Commander would like to thank the Provincial Government and the communities of Wagina   for their ongoing support and understanding on this important development. The partnership forged between the RSIPF and SIPDP is enduring, and the development of this station is evidence of our strong relationship.” 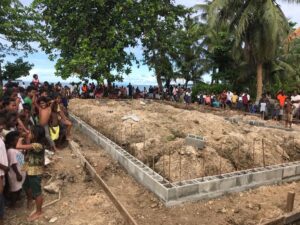 “I want to thank the SIPDP for their ongoing support and in particular the infrastructure developments. I am pleased to witness the ground-breaking ceremony for the commencement of Wagina Police Station, “says Commissioner Mangau.

He adds, “The building of the new station will allow members of the community to access the RSIPF at the station. The work on the police station will soon be started and will be completed in few months’ time.”