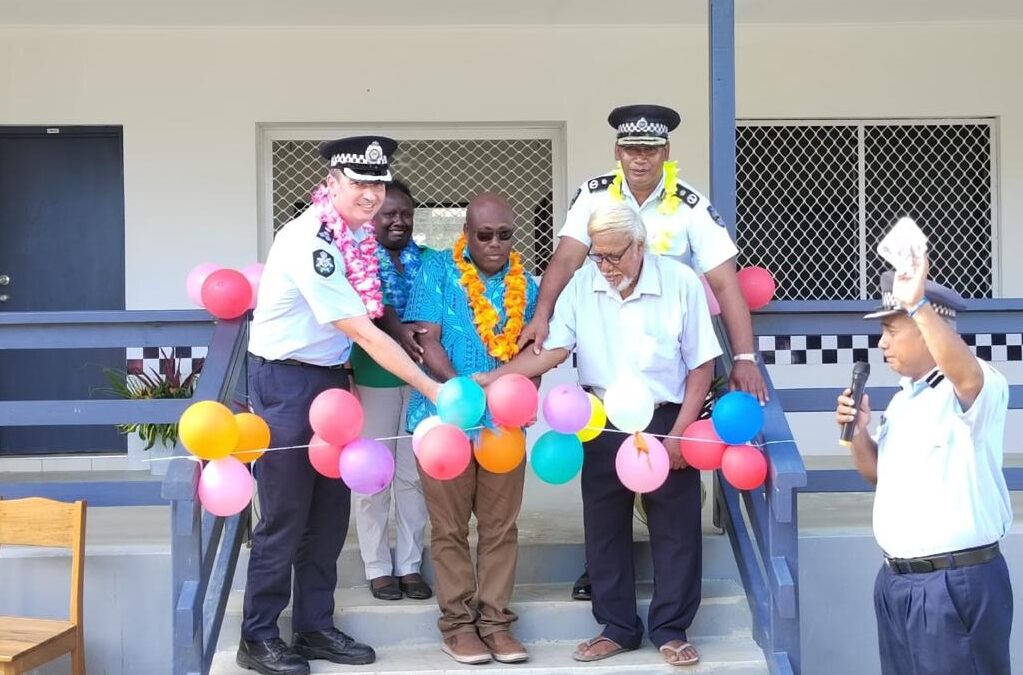 RAPPP Acting Commander, MPNSCS Minister and PS, RSIPF Commissioner and an elder from Wagina community during the inspection and opening of the RSIPF Wagina Police Station. 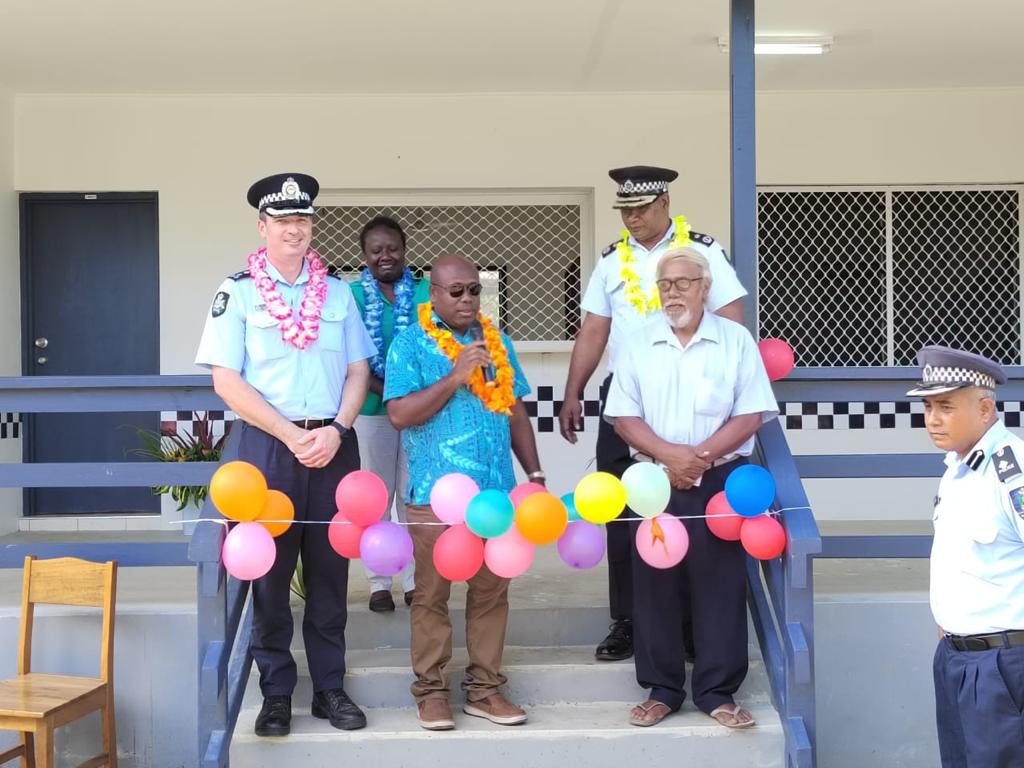 Police Minister, RAPPP Acting Commander, RSIPF Commissioner, Ministry of Police PS and an elder from Wagina community during the inspection and opening of the Wagina Police Station. 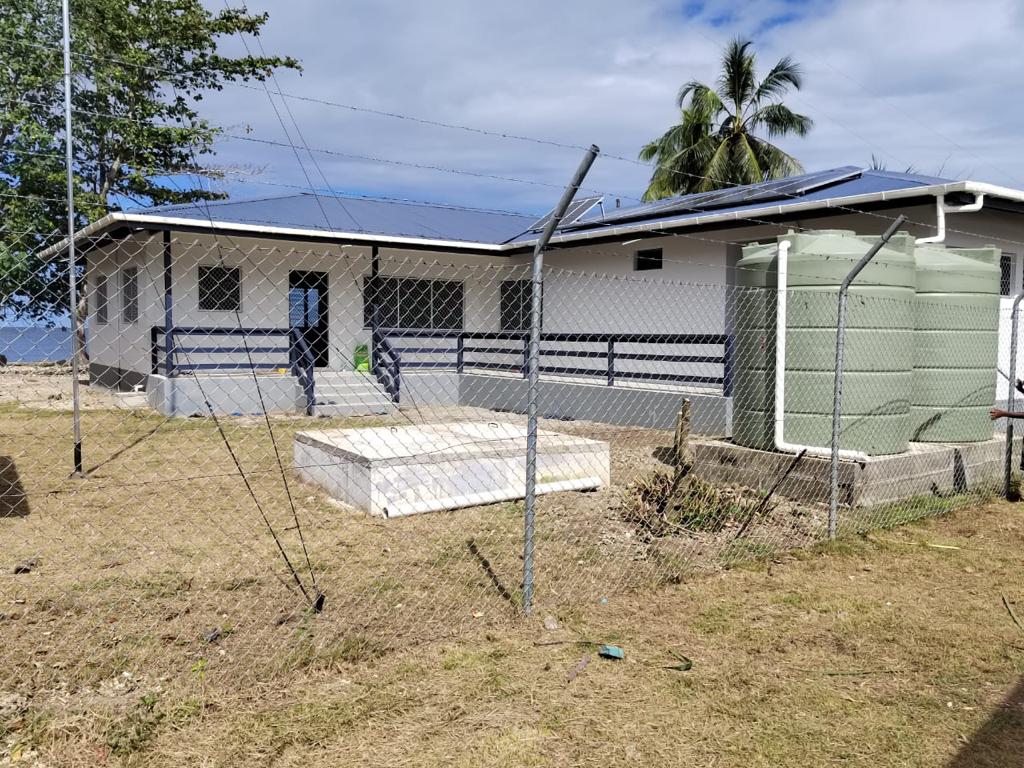 The new Wagina Police Station with solar and water tanks.

The RSIPF and Australian Federal Police (AFP) partnership program, RSIPF-AFP Policing Partnership Program (RAPPP), funded the construction of this Station. RAPPP officially handed over the Station to the RSIPF on March 22nd. The Wagina Police Station project is valued at around SBD$2.6 million.

The new Station was designed with a focus on sustainability to withstand the country’s harsh tropical environment. Solar power and batteries were also installed in the Station to supply power for up to three days even without sunlight. Water tanks were also installed on site to improve the functionality of the Station and to supply fresh water to locals on the island and a nearby medical centre.

Minister Veke thanked the AFP, through RAPPP, for supporting the project and for continuing to invest in the RSIPF.

“Projects like this help the Solomon Islands Government to provide accessible policing services to the communities in Solomon Islands and we thank the AFP for continuing to support such projects and for being a valued security partner,” Minister Veke said.

“This Station provides RSIPF and the community of Wagina with modern facilities, and improved access to police services.

The Station has the capacity to accommodate up to eight officers, which will be a welcome presence for the Wagina community,” Commissioner Mangau said.

“RAPPP supports the RSIPF in six core delivery pillars where one of which focused on improving the operational effectiveness of the RSIPF by strengthening foundational enabling services,” Acting Commander Davies said.

He said this includes fit-for-purpose policing infrastructure, which is evident with the new Wagina Police Station which is a real asset for the RSIPF and Wagina community.