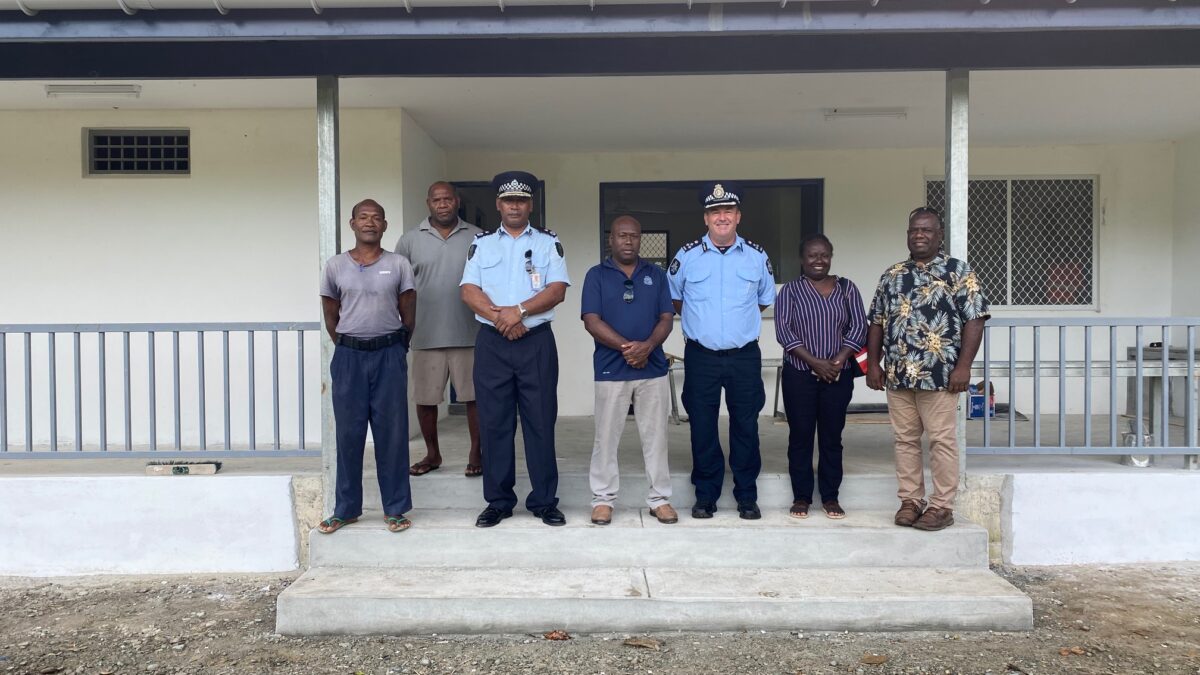 Commissioner Mangau and team (right), RSPF officer and a village elder (left) in front of the Avu Avu police station

The building projects are part of a larger SIPDP project that was also building a police station at Wagina in Choiseul province and police barracks at Tetere police station. The buildings have been designed by the SIPDP in consultation with the Ministry of Infrastructure and Development and the RSIPF.  The buildings have been constructed using local materials provided by local contractors and designed to be self-sufficient using solar power and on-site water storage.

During the visit, Minister of Police, National Security and Correctional Services Hon. Anthony Veke says, “The design of these buildings is impressive and the local materials being used will ensure these structures will last for a long period of time. With careful and regular maintenance, we can maintain an effective long term police presence in those communities”

The SIPDP program intends to provide further infrastructure support to the RSIPF over the next four years, building more police stations and other specialist structures based upon a capability gap analysis, which has been undertaken in close consultation with the RSIPF and Ministry of Police National Security and Correctional Services.