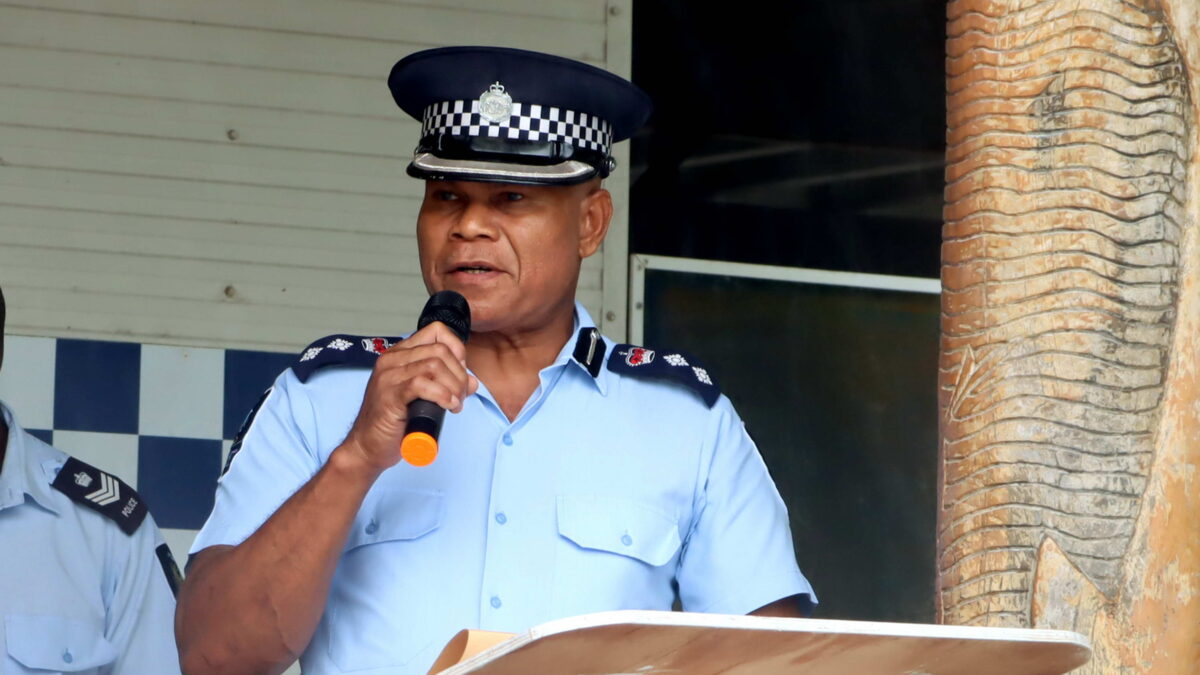 The demonstration, which was held amid heavy rain in the morning, consist of unarmed combat skill, use of police long sticks, use of batons and shields and crowd control.

Thirty children also attended martial art exercise before the police demonstration. Following the demonstration, there was a formal closing ceremony of the training program.

In his remarks, Mr Tahnimana said it is another milestone for the RSIPF and for all officers working under the Isabel Provincial Police Stations to have attended the POM training program.

He said the RSIPF’s POM capability is going from strength to strength after the officers completed the training conducted by professional and highly qualified POM Instructors from the CPLT and local RSIPF instructors.

Supervising AC Tahnimana extended his appreciation to Commissioner Guangbao, the CPLT Commander for his support and contributions in allowing his team to travel to the province and provide training to officers in Buala.

He said the training are organized and conducted to build and enhance the skills and knowledge of officers to deal with POM situations should it occur in the province.

“The training is surely elevate the officers’ POM capability to a new height”.

Supervising Police Commander of Isabel Province Mr. Hirovaka said the Chinese police instructors were not only professional but were kind and friendly.

He said despite the heavy rain, everyone’s performance were satisfactory.

“We look forward to more cooperation with the Chinese police, more forms of training and continuous enhancement of the police capacity,” Mr. Hirovaka said.

CPLT Leader Commissioner Zhang said during the past weeks, officers fully devoted themselves to the training with enthusiasm and high discipline.

“You overcame all the difficulties, passed all assessments and met the training requirements. This reflects the team good spirit of the RSIPF,” Commissioner Zhang said.

“From the demonstration in the rains, we can clearly see your professionalism, passion, high morale and strong determination to protect the country and the people. The applause from the guests is the best reward for you hard working officers,” Mr Zhang said.

He said he had observed the Chinese police, RSIPF officers and Isabel people connecting with each other throughout the training and exchange adding he hope police and people of the two countries will get to understand each other and deepen their friendship.

Thirsty children also performed the martial arts they learned with Chinese instructors in the demonstration.

They said they like martial arts training very much and with the training, they learned some defense knowledge, which improved their defense ability. 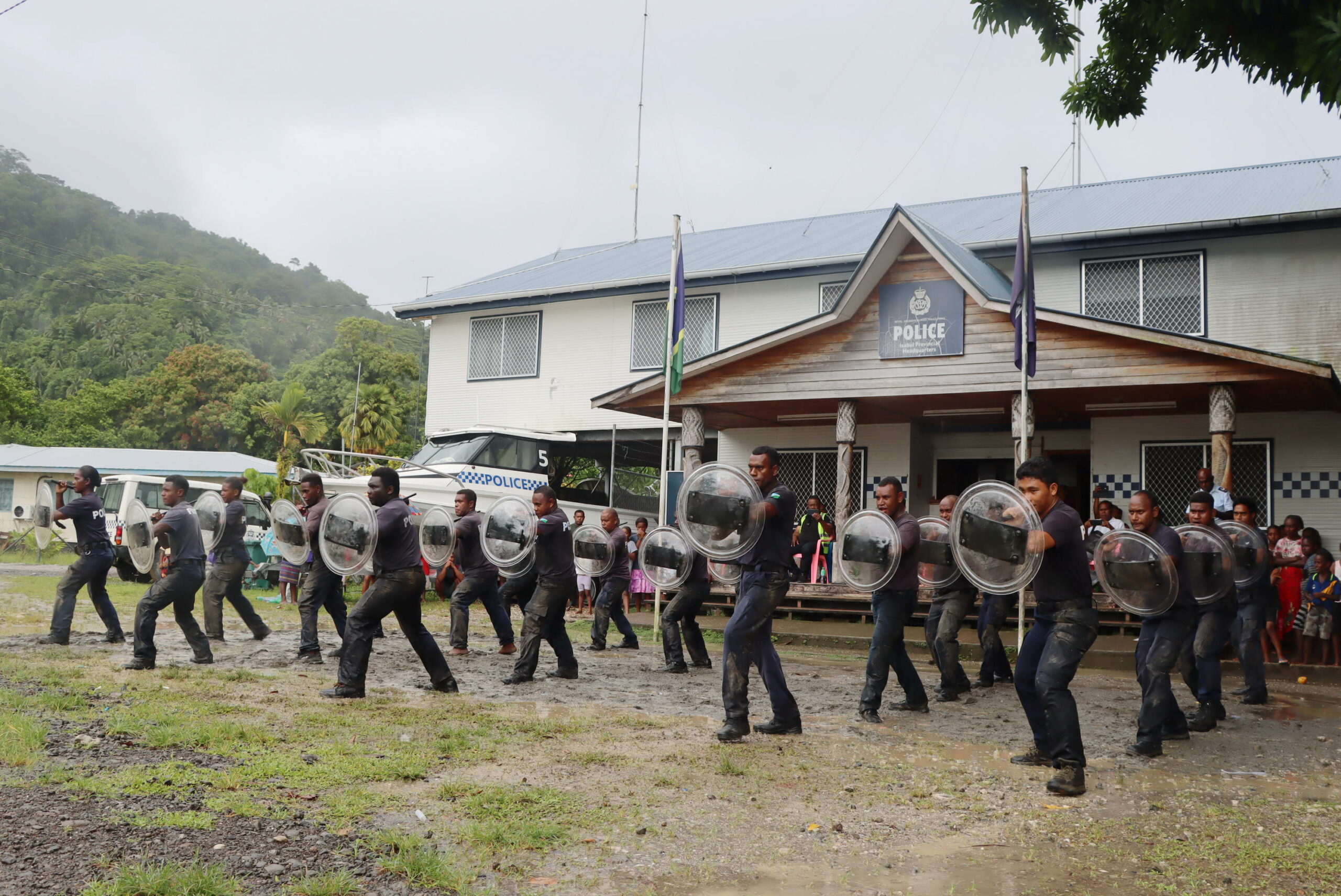 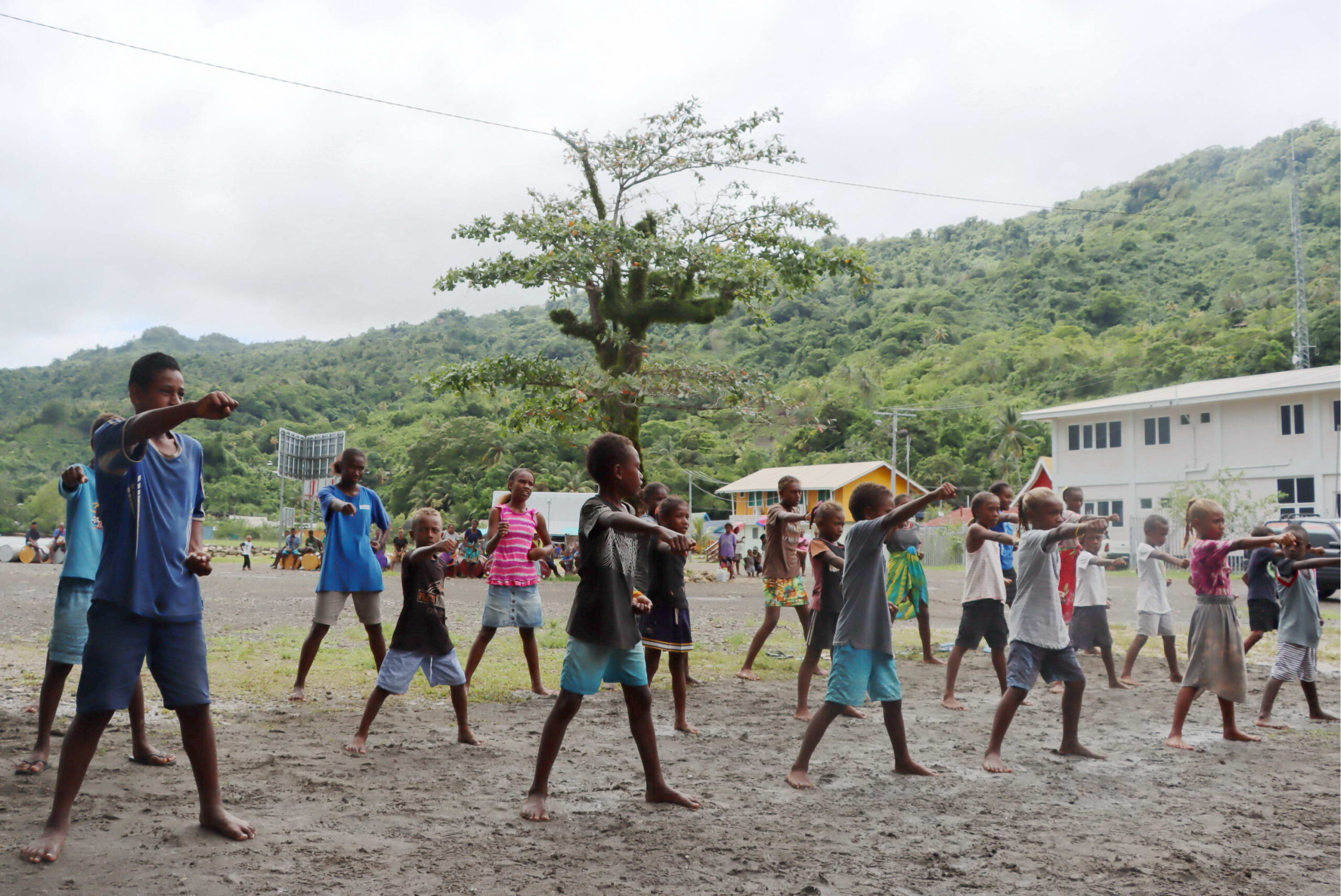 Children in Buala train on Self – Defense martial art 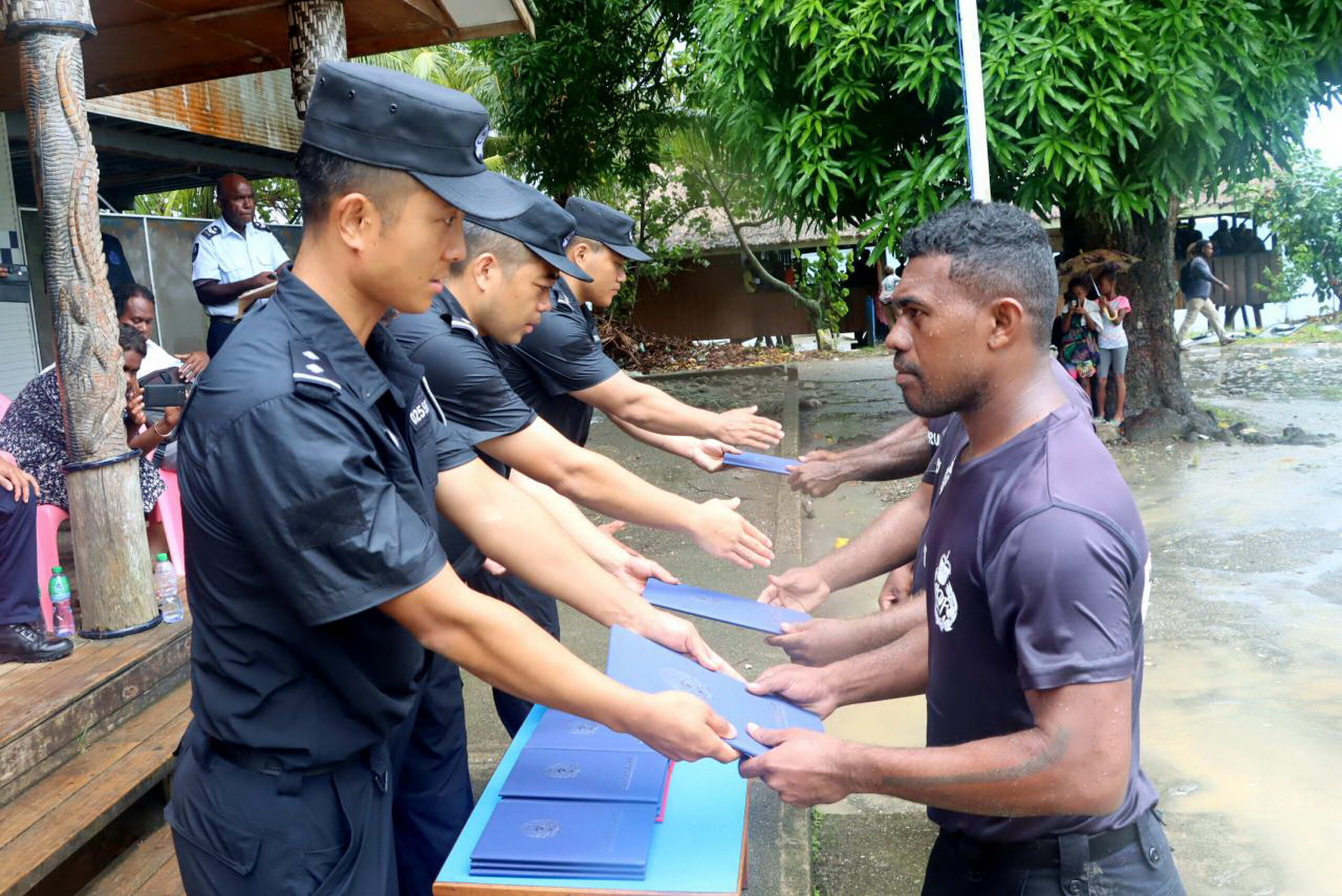 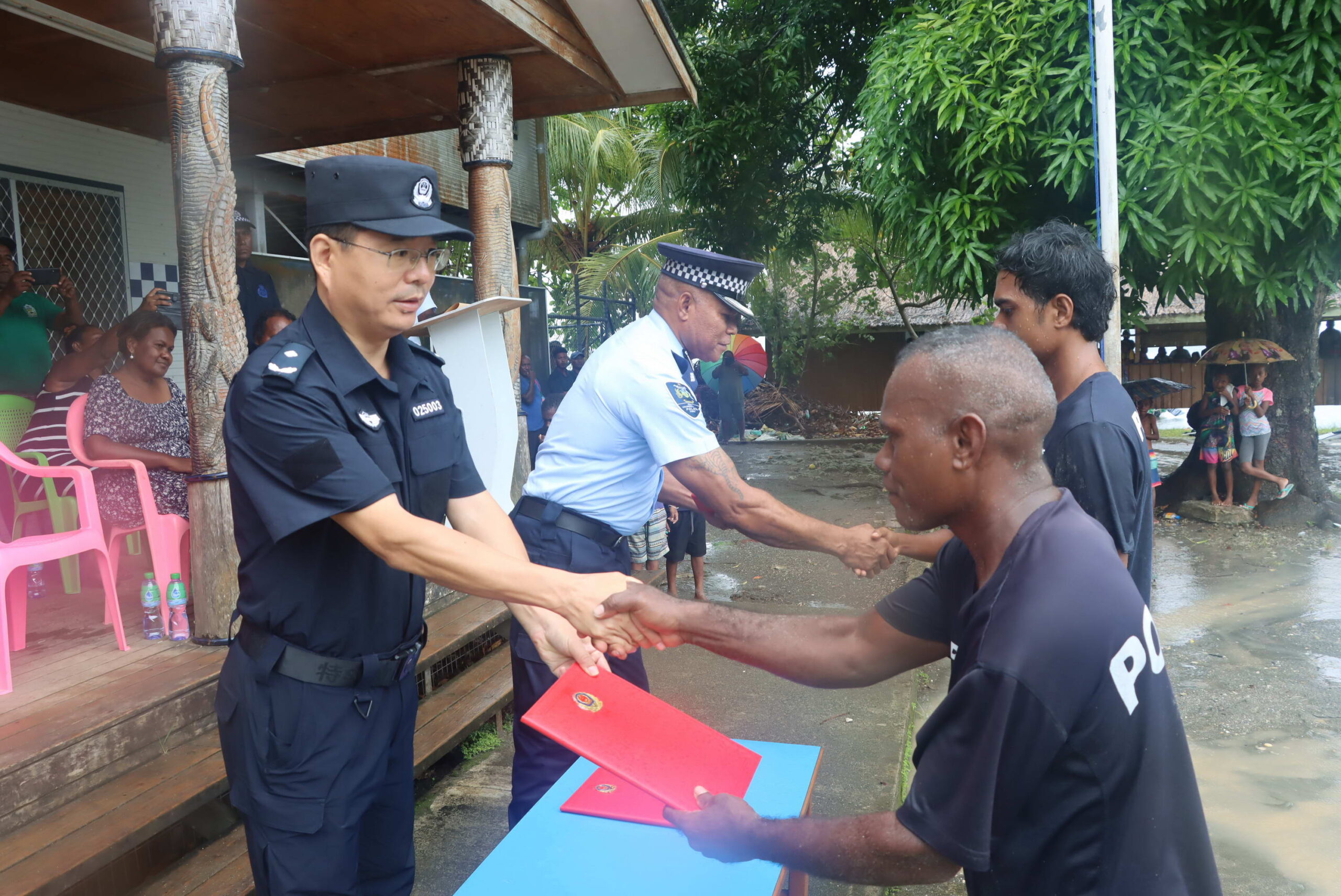 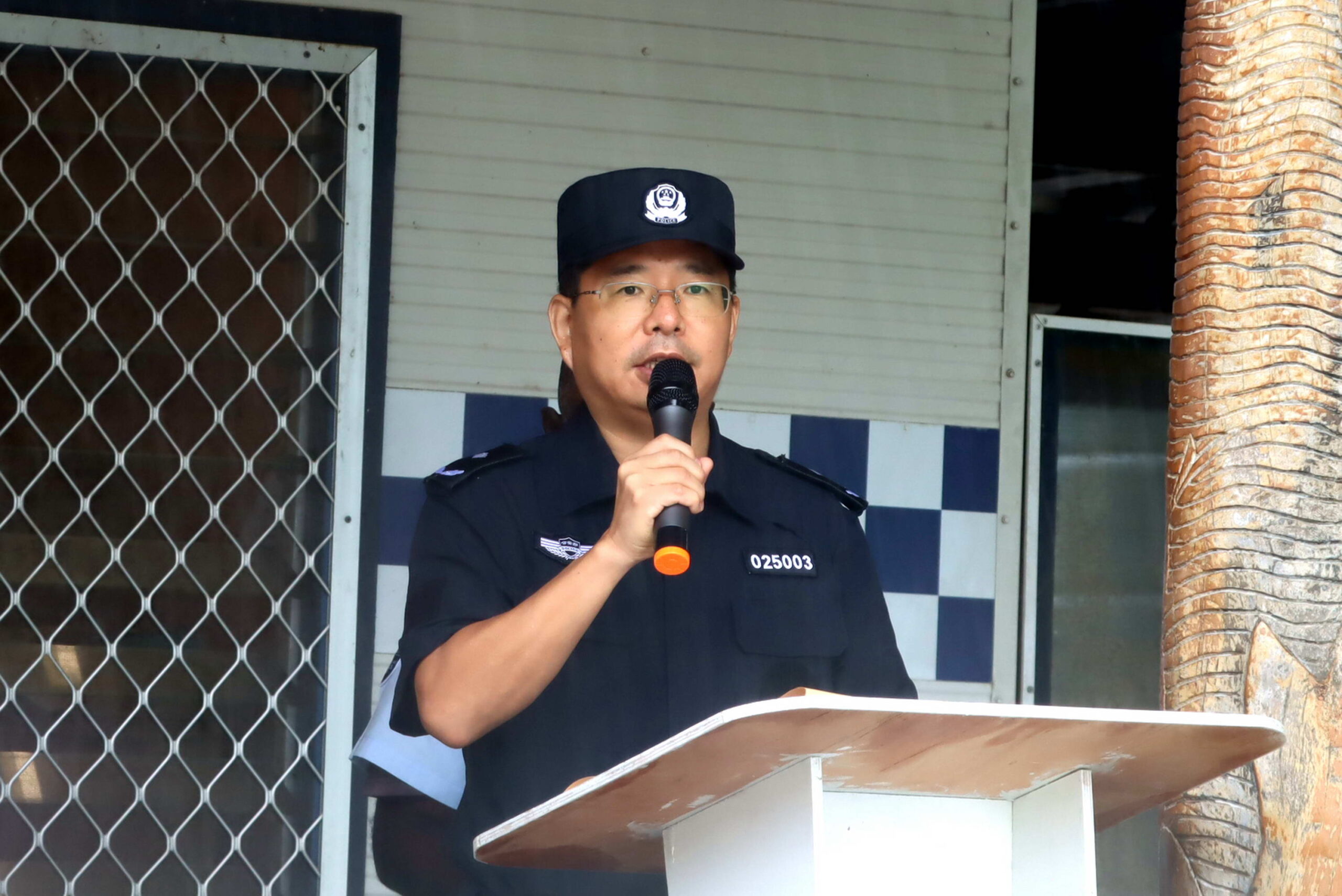 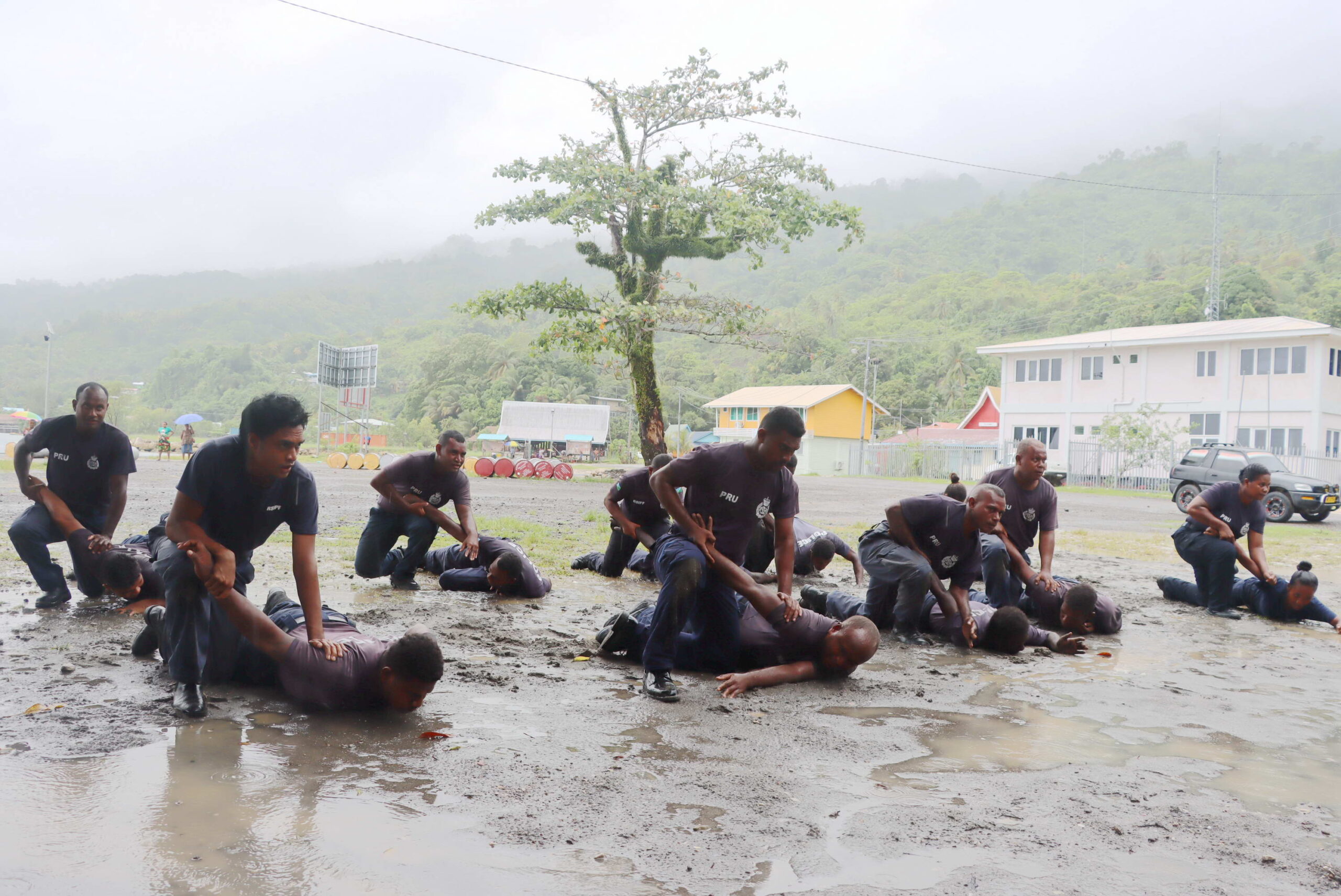 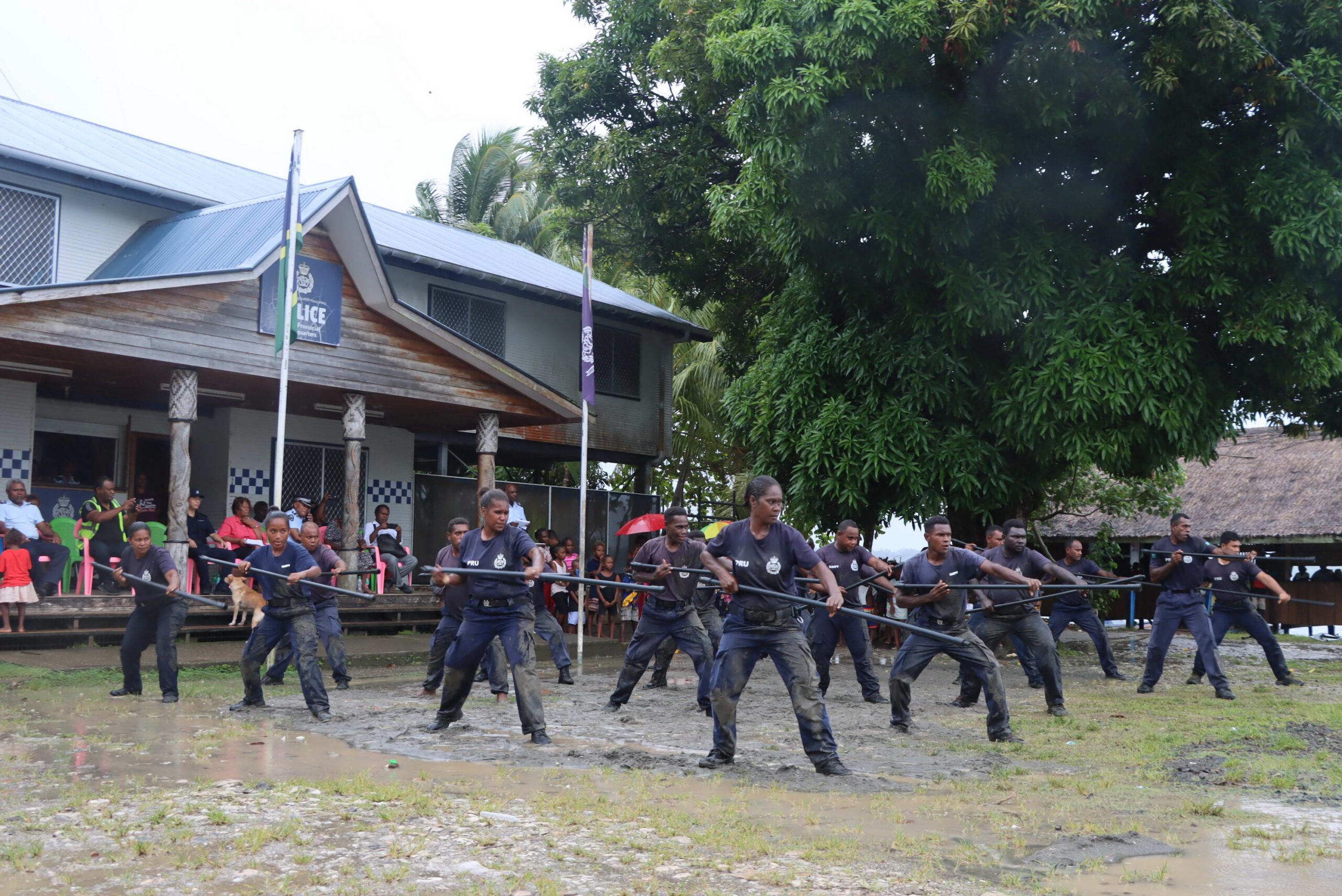 RSIPF officers use long sticks during a demonstration in Buala 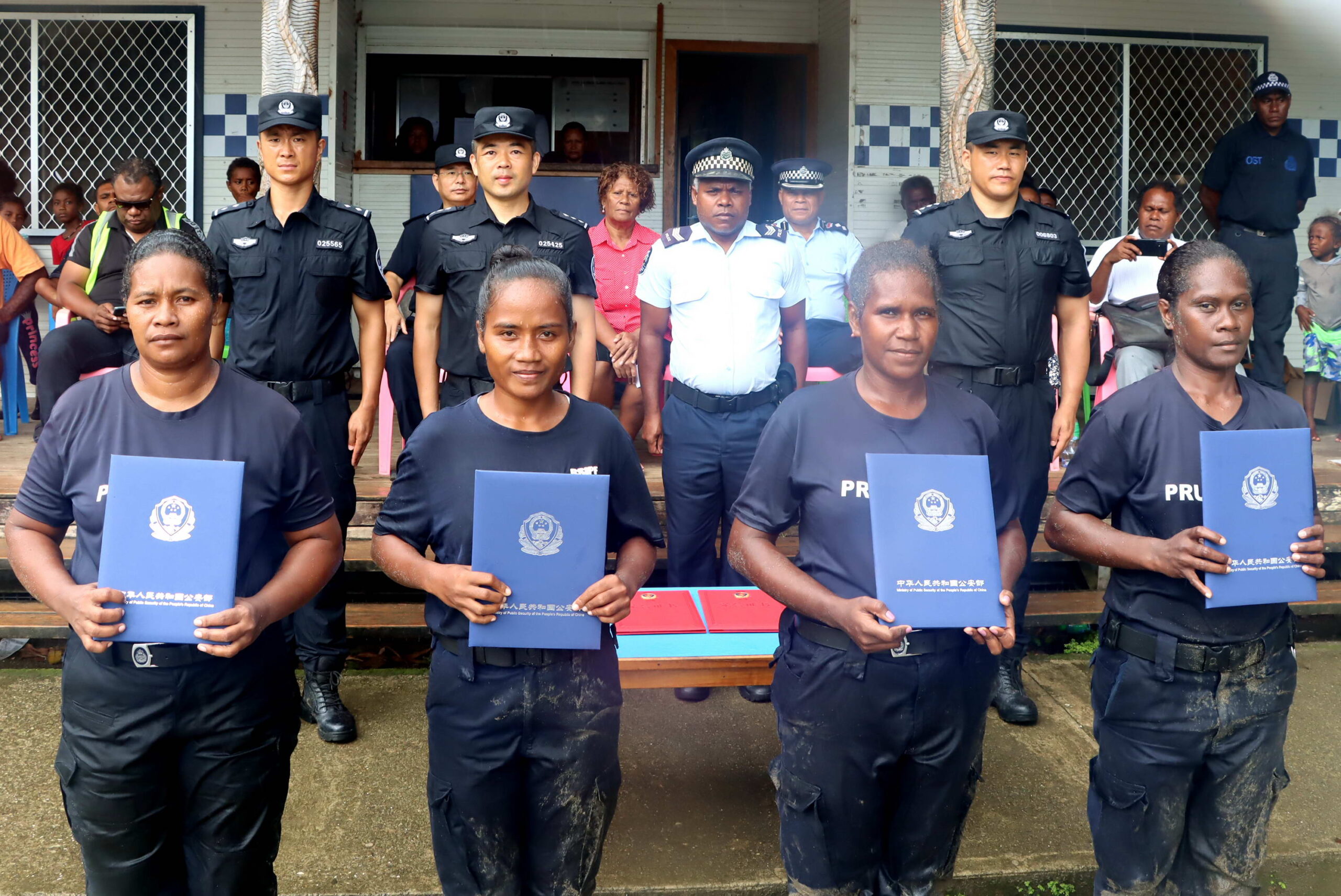