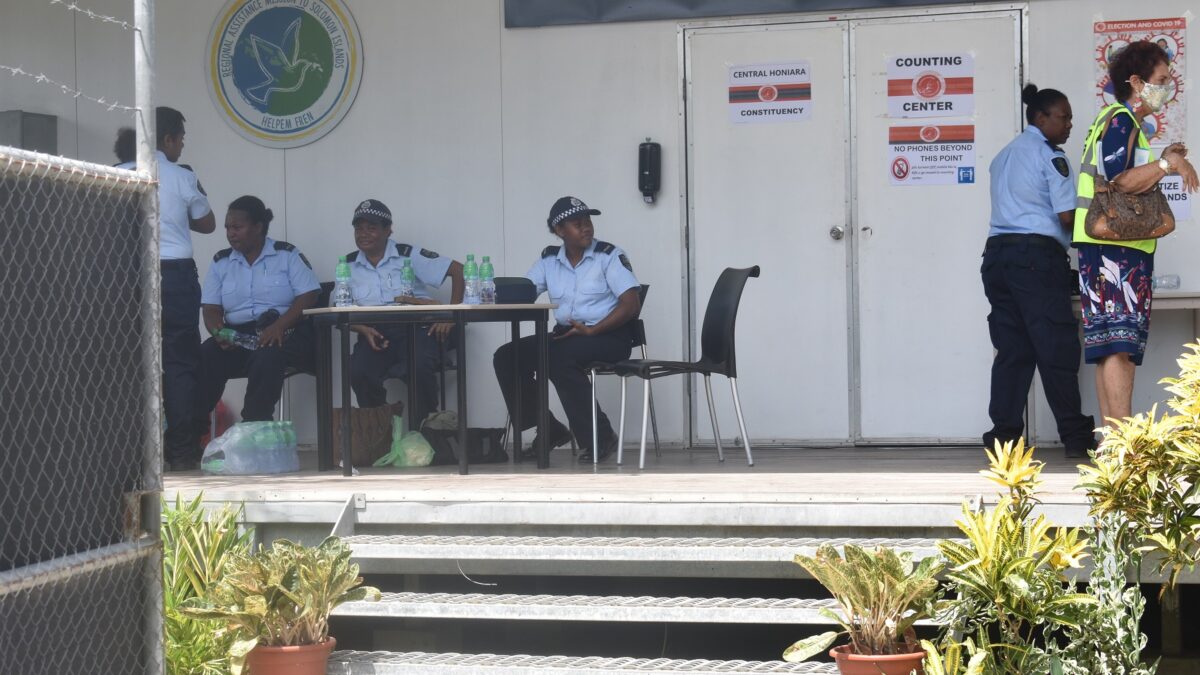 Officers of the Royal Solomon Island Police Force (RSIPF) are securing the RSIPF Conference Centre at Rove in Honiara, the venue for the counting of ballots from yesterday’s by-elections in North East Guadalcanal and Central Honiara, which started this morning (19 November 2020).

Operation Commander for the RSIPF By-Election 2020 Assistant Commissioner says, “Police officers are manning the counting venue and members of the public are not allowed in except for the candidate’s counting agents and observers. Anybody seen misbehaving will be dealt with accordingly.”

“Officers have also been deployed throughout Honiara City as far as White River in West Honiara and Lungga in East Honiara on high visibility patrols as part of the RSIPF bye-election operation. The Operation will continue until after the counting has been completed and the winning candidates for both constituencies declared,” says AC Pogeava.

RSIPF Traffic officers are also out on the street controlling the traffic to ensure the road is safe for all vehicles and pedestrians.

“I want to appeal to voters, supporters and members of the public to respect the process of counting the ballots until it has been completed,” says AC Pogeava.

He adds, “As part of the Emergency Zone regulations under the State of Public Emergency, no public victory parades will be allowed on the streets of Honiara. Police urge whichever candidate that wins the by-elections to  advise their supporters to observe the regulations and the general law and order.”