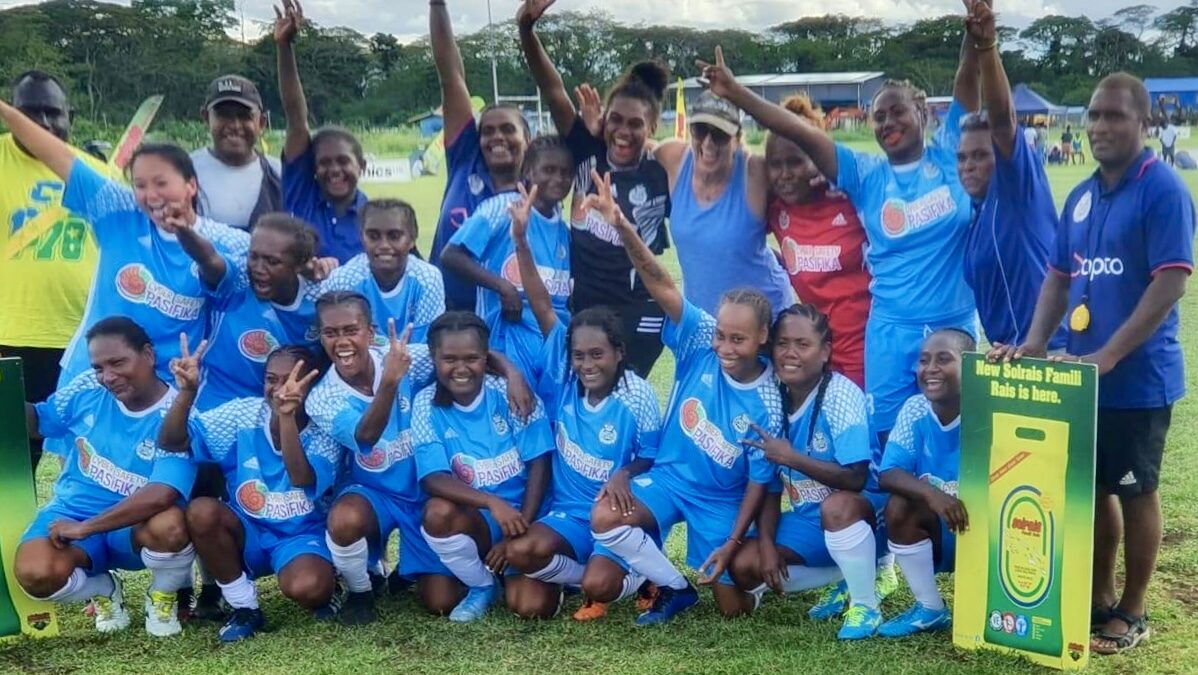 The RSIPF “Royals” Women’s Football Club were crowned 2021 Champions of the Solrais Women’s Premier league (SWPL) with an emphatic 8-0 win on Saturday 28 August 2021.

The Royals won the 2020 SWPL undefeated and the defending champions finished a successful 2021 season two points ahead of second place with 15 wins out of 18 games played.

Commissioner of Police Mostyn Mangau says, “The officers showed an incredible dedication to their community after the victory and they were back on duty to support the 36 hour lockdown operation.”

Royals coach Priscilla Tariga says, “I would like to thank my players for their dedication throughout the seasons. We couldn’t win the SWPL again without putting in the effort during training or our bond together as a team.”

She Says, “I would also like to thank our sponsors, the Australian Federal Police (AFP’s) Cyber Safety Pasifika program, Solomon Islands Police Development Program (SIPDP) and APCO for their support throughout the season as they enable us to compete as a team. To my good players, let’s focus together to defend our Championship title as well and to God be the glory.”

The Royals will be hoping to defend their Women’s Football top 8 Championship title, which kicks off on 11 September 2021.