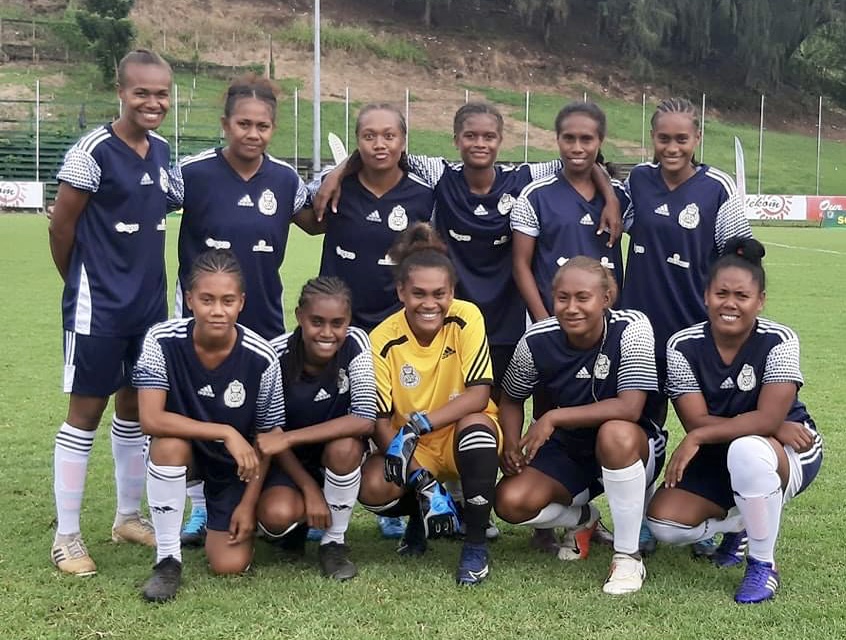 RSIPF Royals start kick off title defense with a win

The Royals finished the 2020 season as undefeated league and cup double champions and will look to replicate their good form through 2021.The Royals will play their next game on Saturday 17 April at the Lawson Tama stadium in Honiara.

“The team played very well, especially for the first game of the season with new players. We were well organised, worked together and I am very proud of the result,” said coach RSIPF Sergeant Stanley Waita.

For the 2021 season, the team have received new uniforms from new sponsors Adkonect and APCO.

“On behalf of the RSIPF Women’s Football team, we would like to thank Adkonect and APCO for sponsoring our new jerseys. We appreciate this so much and are very humbled by their generous support of Women’s football,” commented Royals team manager Grace Hilly.