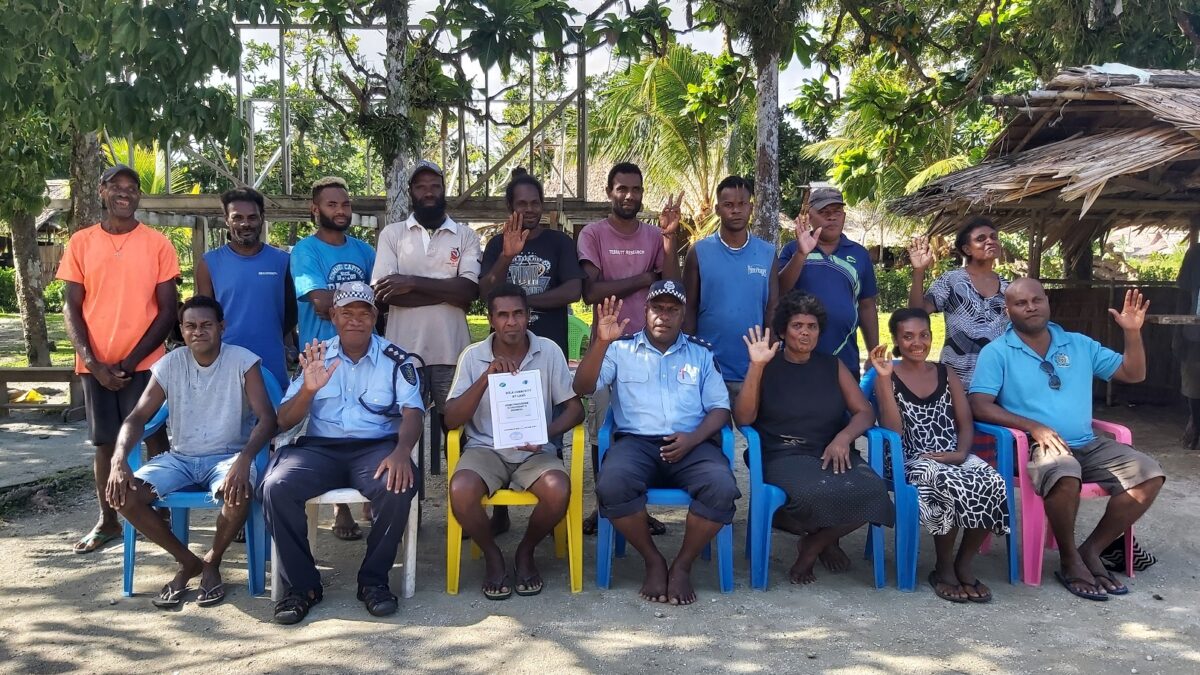 Launching of By-Law at Bola Vllage in Central Province

The trip to Tulagi was successful in terms of police partnership with both our internal and external stakeholders.

It was more significant when it was discovered that the Provincial Police Commander (PPC) Central Island Province operates on the proactive concept by enhancing Community policing engagement, stakeholder cooperation and community consultation.

Leader of the Royal masters Inspector Kerry Sireheti says, “It is our conviction that our mission is more than winning or losing. We in fact touch the lives of the people of Tulagi including the Provincial Government, the private sector, respective communities and the Tulagi police personnel. Our conduct was professional during our tour and the team demonstrate and maintain the value of RSIPF during interaction with the community during socially events and professionally.

“We would like to acknowledge the RSIPF Executive for recognising the stance that the RSIPF Royal Masters have taken to engage with our internal and external stakeholders through sporting activities and be part of their second appointed Day celebration,” says Inspector Sireheti.

Royal masters’ team were also involved in accompanying the Community Policing Team in Tulagi to two villages in the small Ngella for the launching of their By-Law.

Director National Crime Prevention Department (NCPD) Inspector Steve Sunaone officially launched the By-Law and during his official remarks he encouraged all community members of Toa and Bola village to take pride and ownership of their By-Laws and to work together to achieve their goals in their communities.

Both community representatives  responded and assured the touring team that they will work together with the police and stated that they are happy to see the visiting team from Honiara especially the Director of NCPD who come down to their community to launch their By-Law.