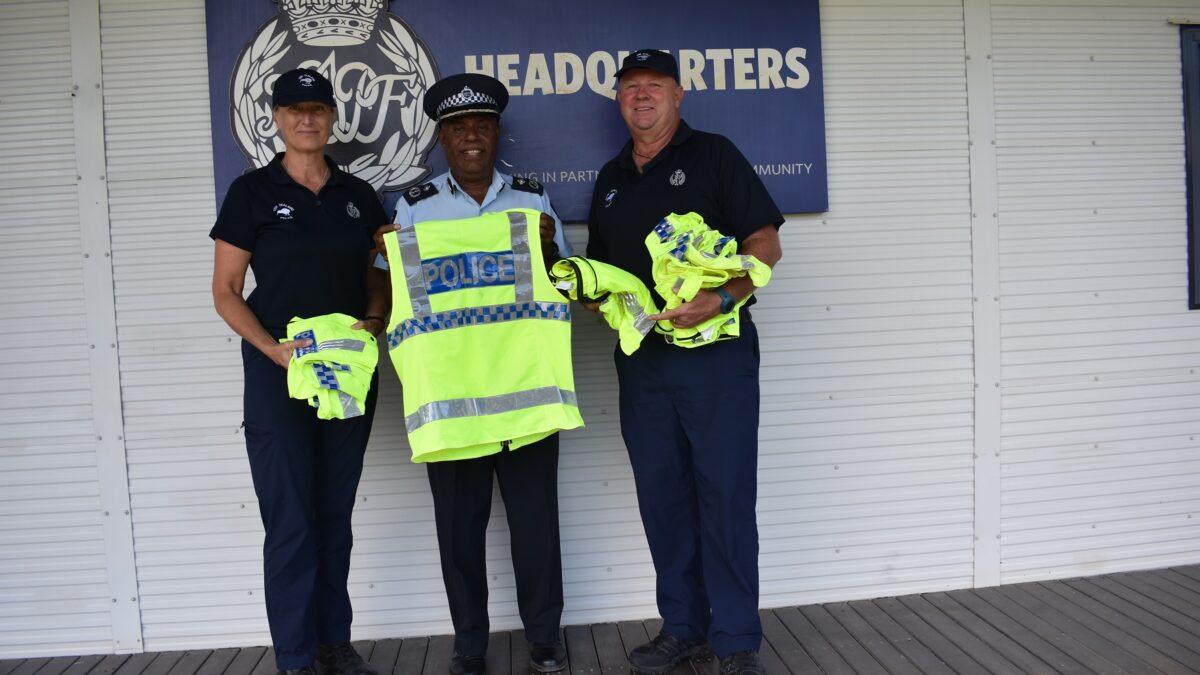 SIPSP Commander Mike Cook says, “Changes to the New Zealand Police frontline uniform has provided an opportunity for a number of High Visibility safety vests to be redistributed to police staff around the Pacific.”

Commander Cook says, “He was happy that just under a hundred vests have initially been secured for the RSIPF and forty five of the vests would be going out to RSIPF staff in the provinces with the remaining ones will be distributed across Honiara City and Guadalcanal Police.”

AC Manelugu thanked the SIPSP Commander on behalf of the RSIPF Executives for the donation of vests to support police on its operation in the upcoming events.