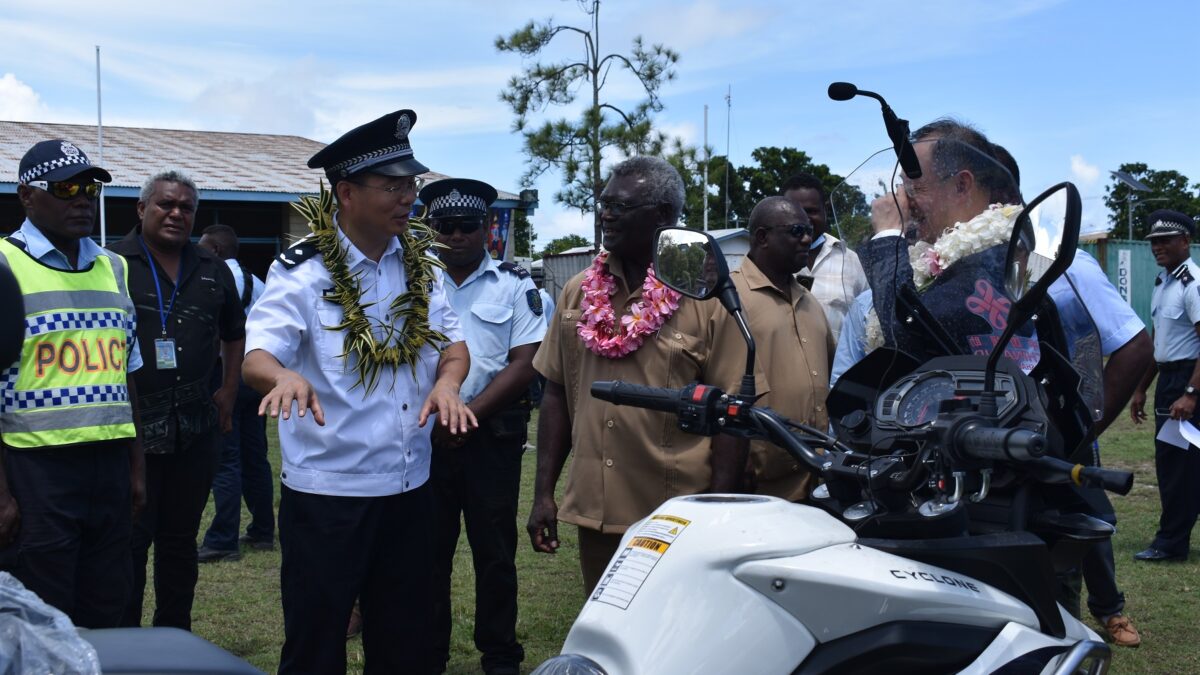 The Royal Solomon Islands Police Force (RSIPF) has received 22 vehicles and 30 Motorcycles from China during a handing over ceremony today (4 November 2022) at Rove Police Headquarter.

The guests of Honour, Prime Minister Manasseh Sogavare, other Ministers of the Crown and some permanent secretaries also attended and witnessed the program.

China Ambassador to Solomon Islands (SI), His Excellency Li Ming says, “Today’s handover of vehicles are at the request of the SI government. It will further enhance the capacity and capability building of the RSIPPF and further contribute to the law and order management of SI.

Ambassador Li Ming says, “The policing cooperation between China and SI is in the interests of the two countries and benefits the region as a whole. Safety, security and sovereignty of SI and its people are top priorities of China-SI policing cooperation.

During the handover ceremony Honourable Prime Minister Manasseh Sogavere said, “I am aware that the support geared towards RSIPF continues to focus on improving its capability and the strengthening of its capacity. This is to enhance the ability of RSIPF to respond to law and order issues, especially in relation to public order.”

RSIPF Commissioner Mangau says, “On behalf of the RSIPF, I would like to thank the Peoples’ Republic of China (PRC) for this generous gift that will help contribute to the security, peace and stability in the Solomon Islands.”

Commissioner Mangau says, “Please my good officers, do take care of the very expensive assets. We need to look after it well. Use it for its purpose to provide services to our people. Have a strong mind set with strong discipline to take care of these new vehicles.” 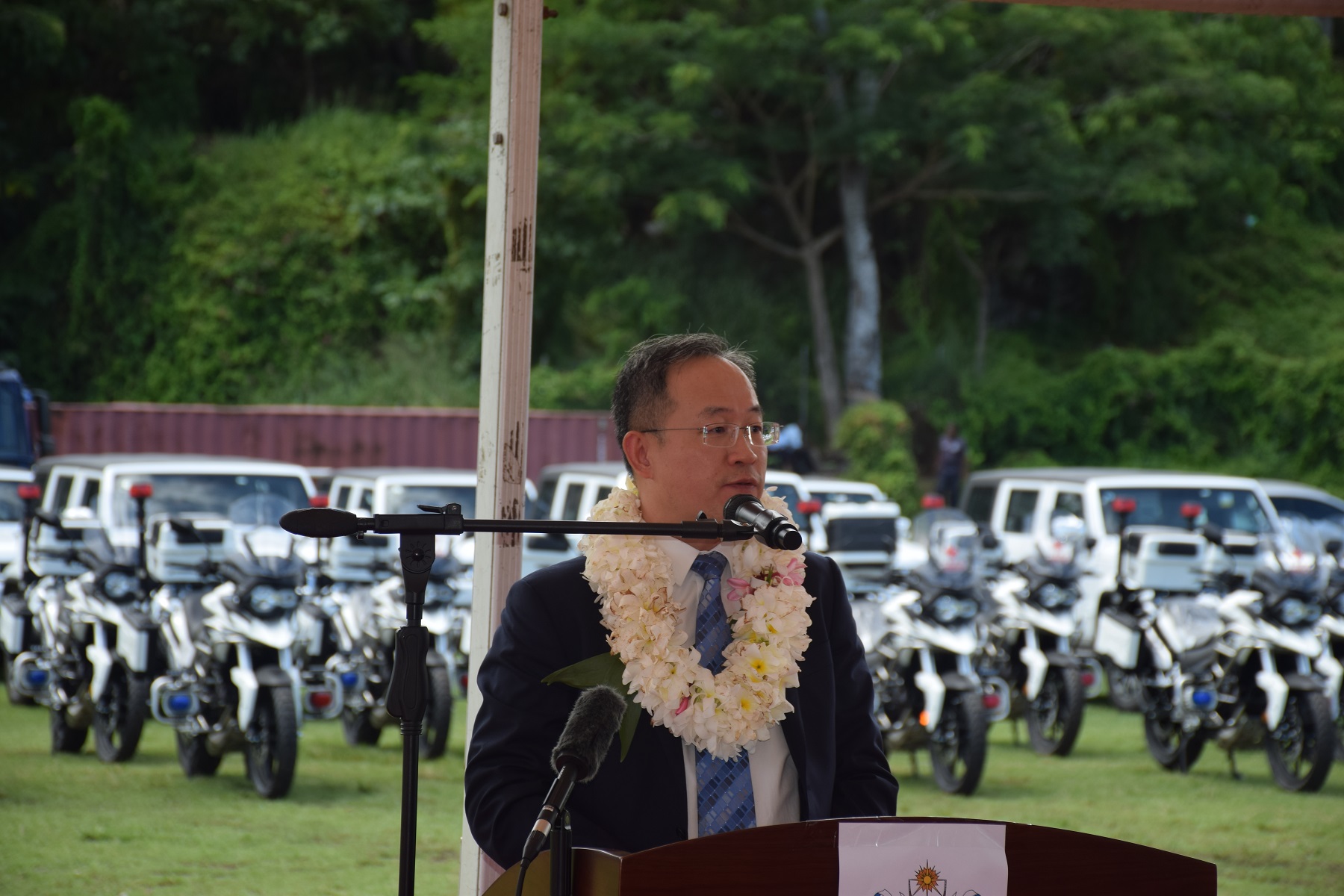 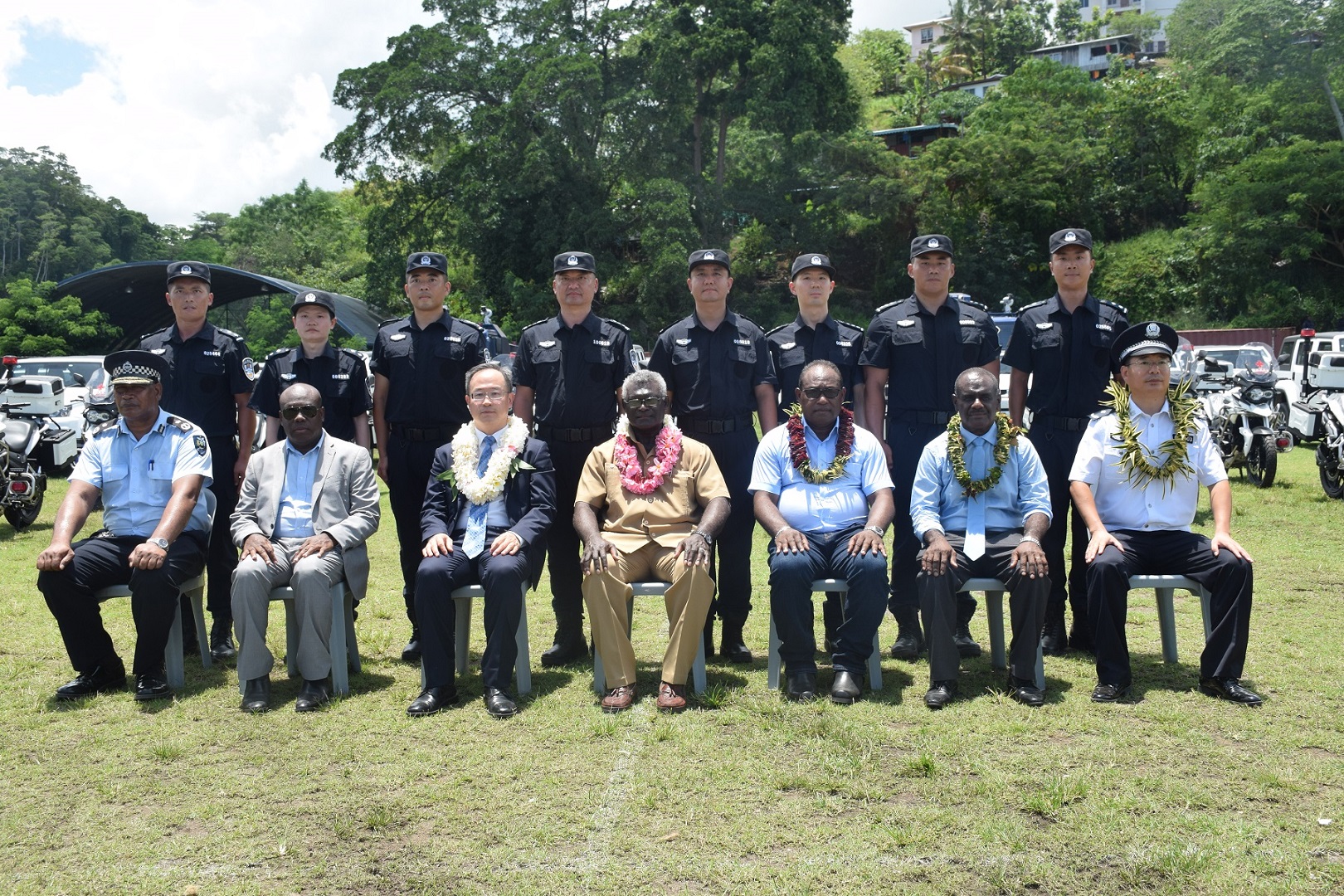 Group photo during the hand over ceremony program 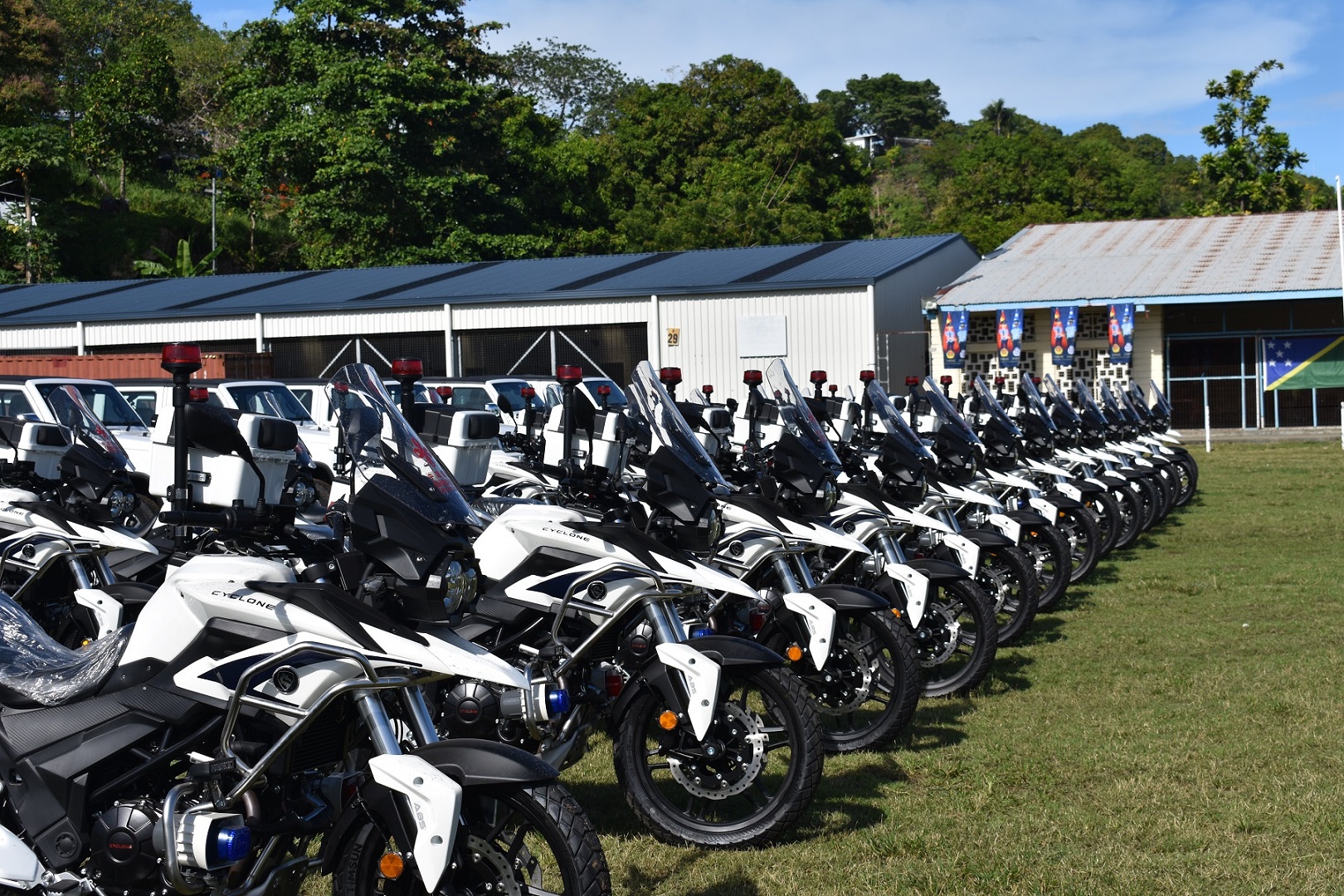 Motorcycles handed over to RSIPF 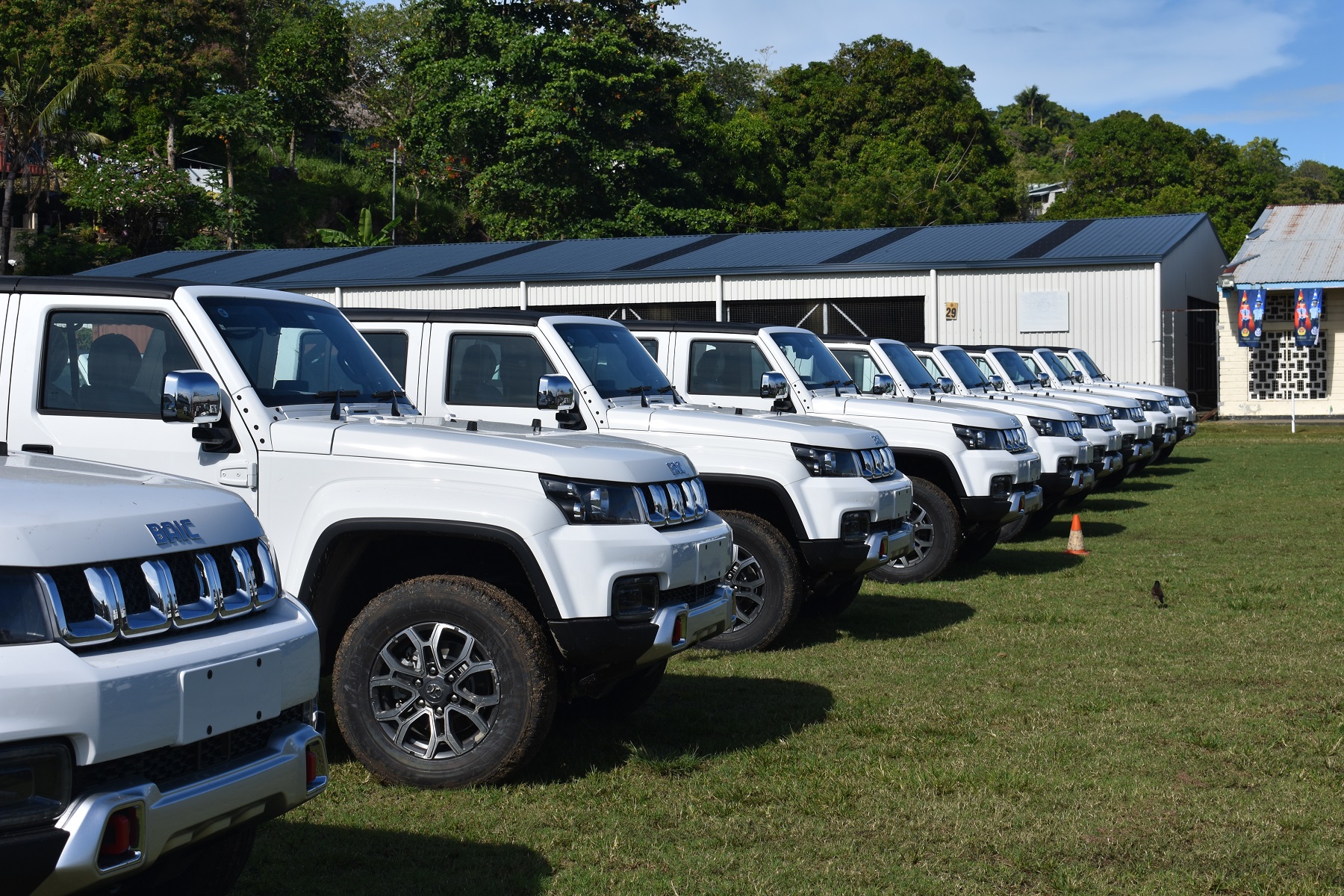 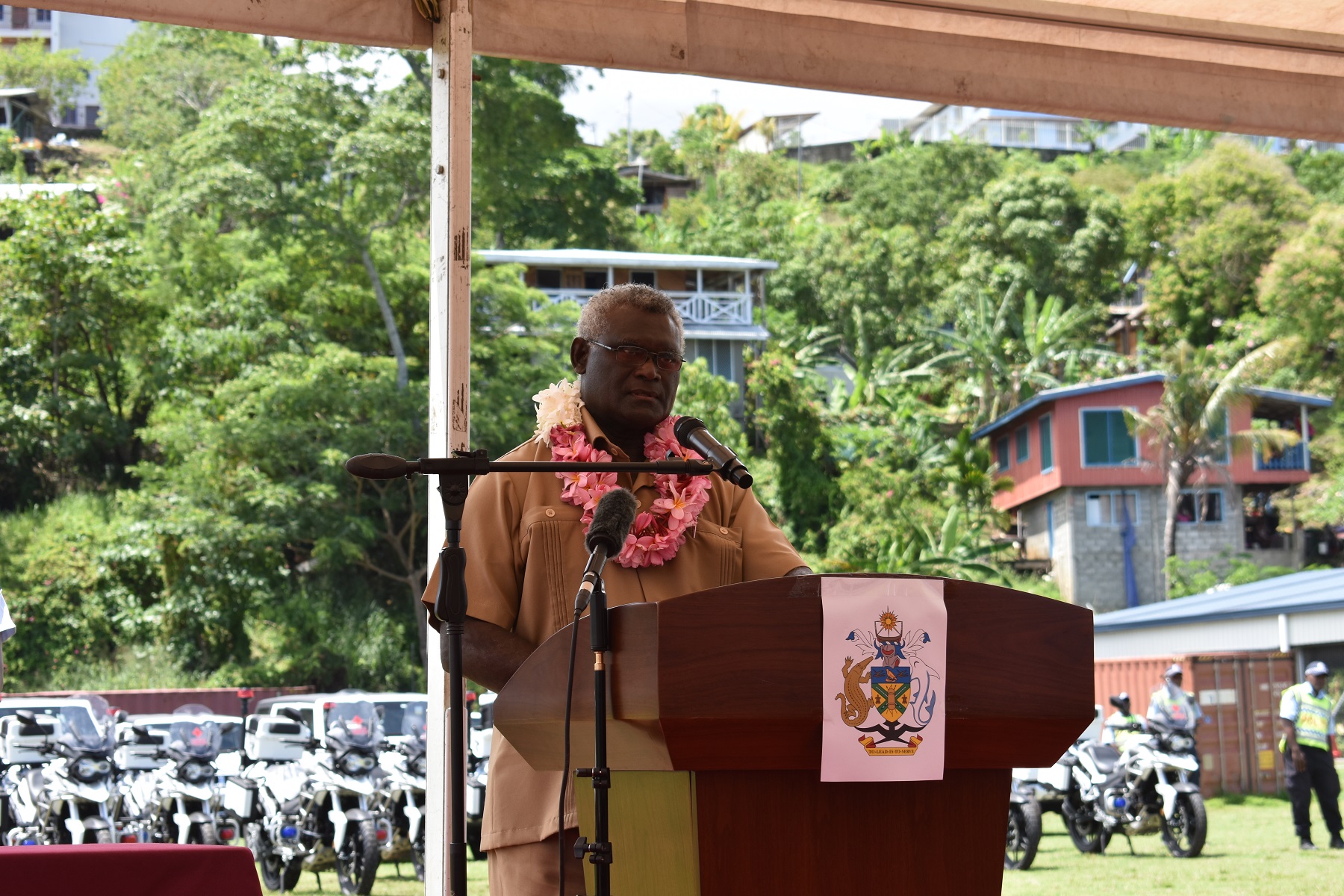 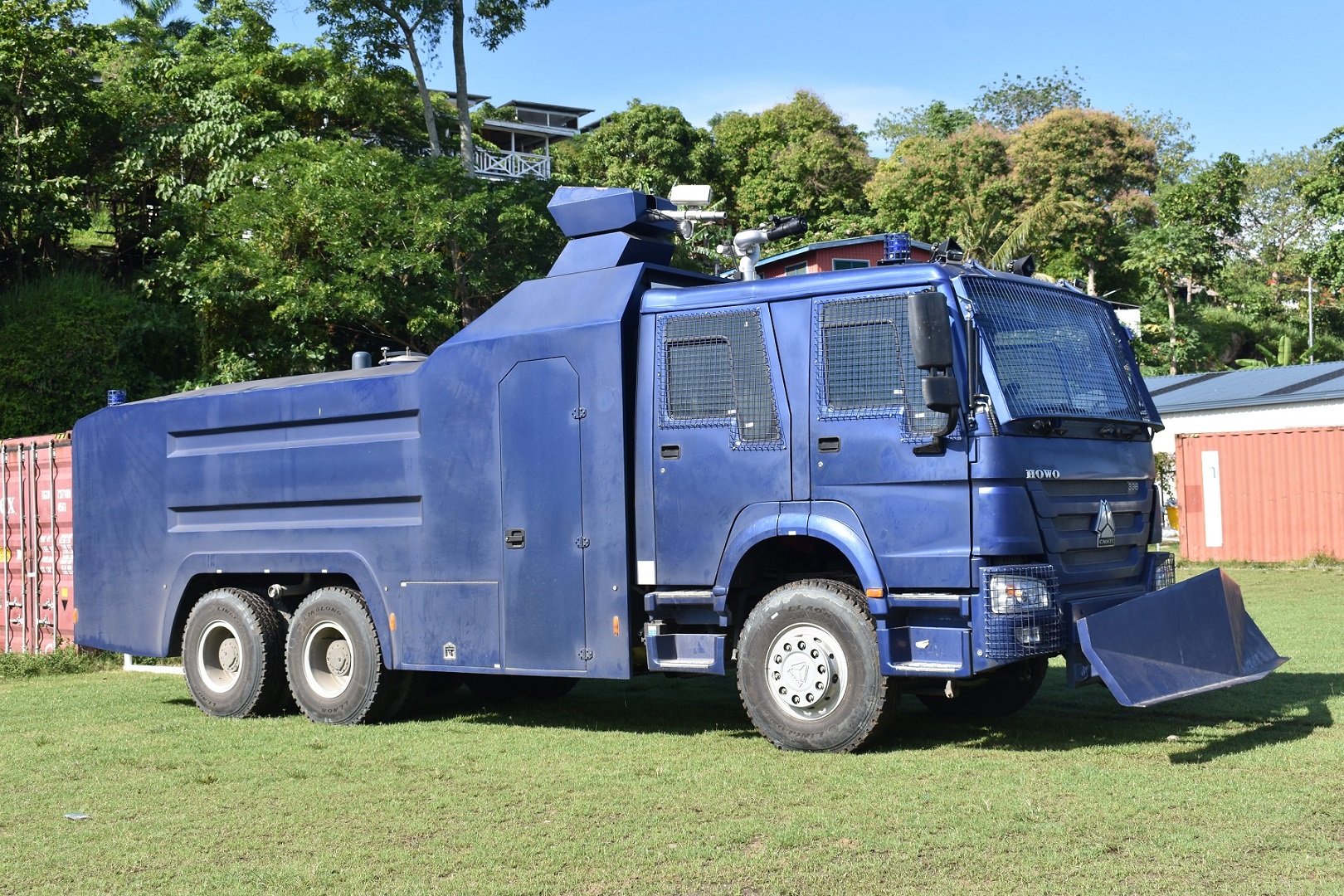