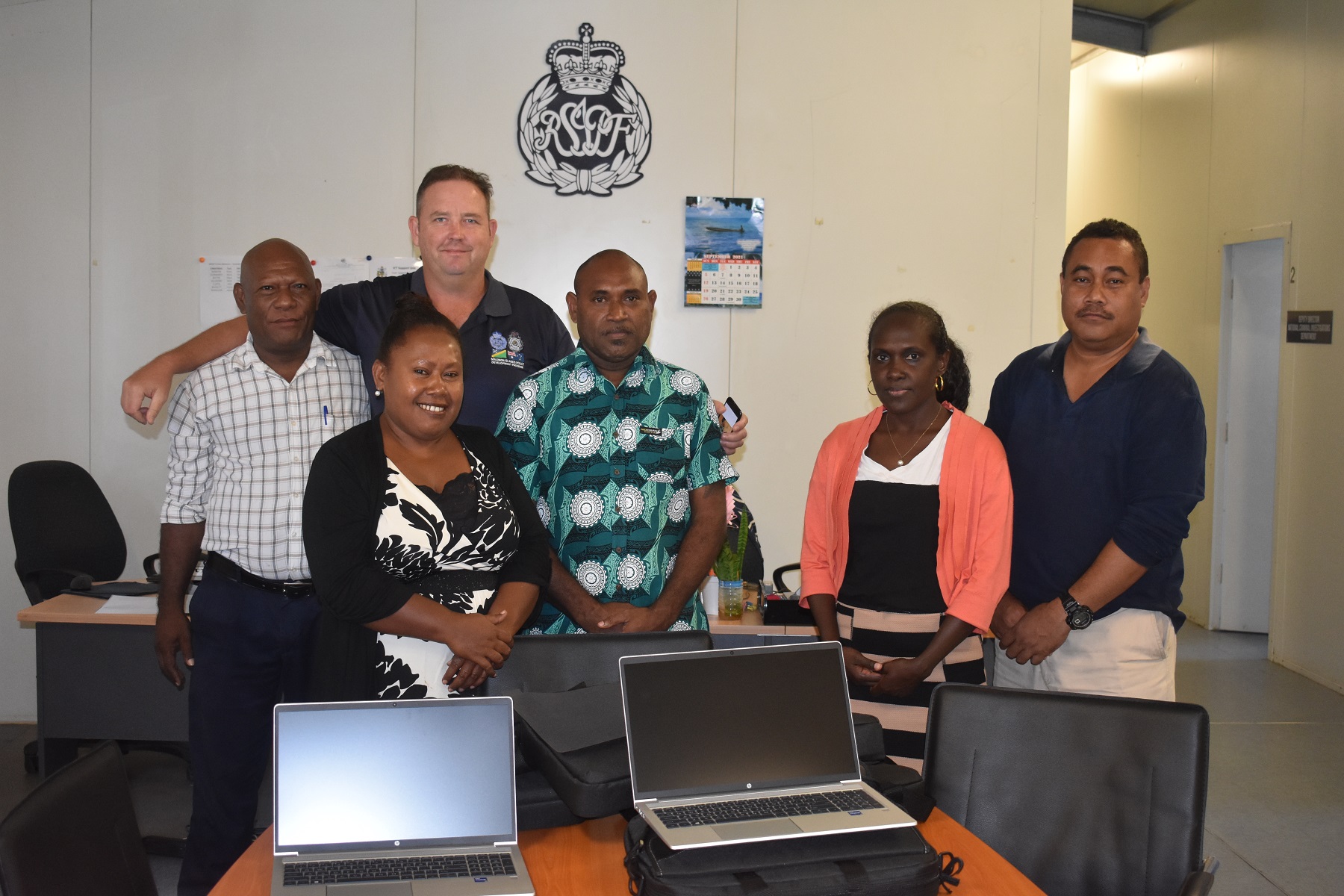 RSIPF officers and SIPDP Advisor during the handing over

Director NCID Superintendent Michael Bole says, “Those laptops will be allocated to the Corruption Targeting Team, Sexual Assault Squad, Serious Crime Squad and Fraud Squad and will be used by officers for victim and witness statements, interview with suspects, and to conduct training.”

Superintendent Bole says, “The new cutting-edge laptops were purchased by the AFP in furtherance of their valued partnership with the RSIPF and I would like to thank the Solomon Island Police Development Program (SIPDP) advisors for their continuous support toward achieving the organisational goals and objectives.”

“Please my good Officer In-Charge; I encourage you to be responsible for looking after those assets to sustain the workload in office,” says Director Bole.