The RSIPF Royals line up wearing their new football boots

Recently 18 new pairs of football boots and shin pads are provided by RAPPP as their continuous support towards the Royals team.

Acting Commander RAPPP, Clinton Smith, provided his support to the team and conveyed his best wishes to the Royals in the Solomon Islands Women’s Premier League. 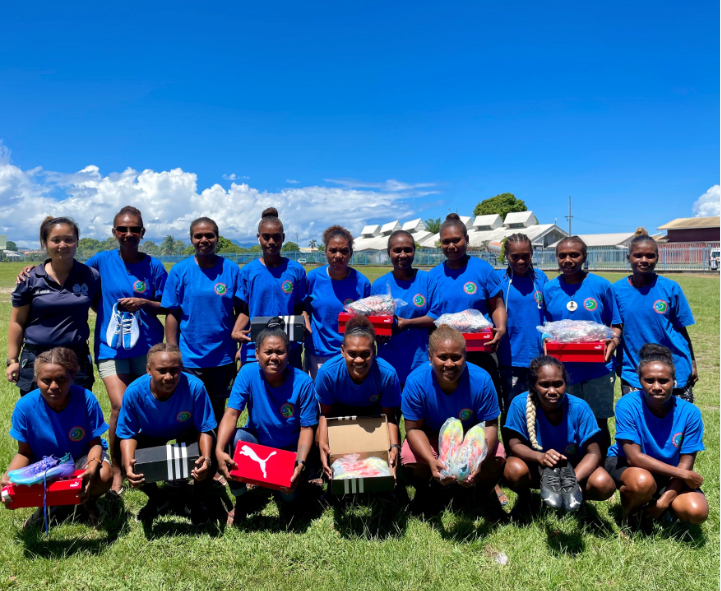 Commander Smith says, “AFP has previously provided support to the RSIPF Royals Women’s Football Club in various forms from the Solomon Islands Police Development Program (SIPDP) and Cyber Safety Pasifika. I would like to continue this support and assist the team with the purchase of the new football boots and shin pads.”

“The RAPPP strongly encourages and supports the health and wellbeing of police officers. All members of RAPPP are gender advisors and advocates for change responsible for driving gender initiatives.”

The Royals are a great example of the partnership between RSIPF and AFP with RSIPF officers and AFP Advisors maintaining health and fitness by playing football together on the same team.

The Team Coach says, “I want to thank AFP and Commander RAPPP for the generous support. We cherish the support from the bottom of our hearts and we will work hard to win the title again this season.”