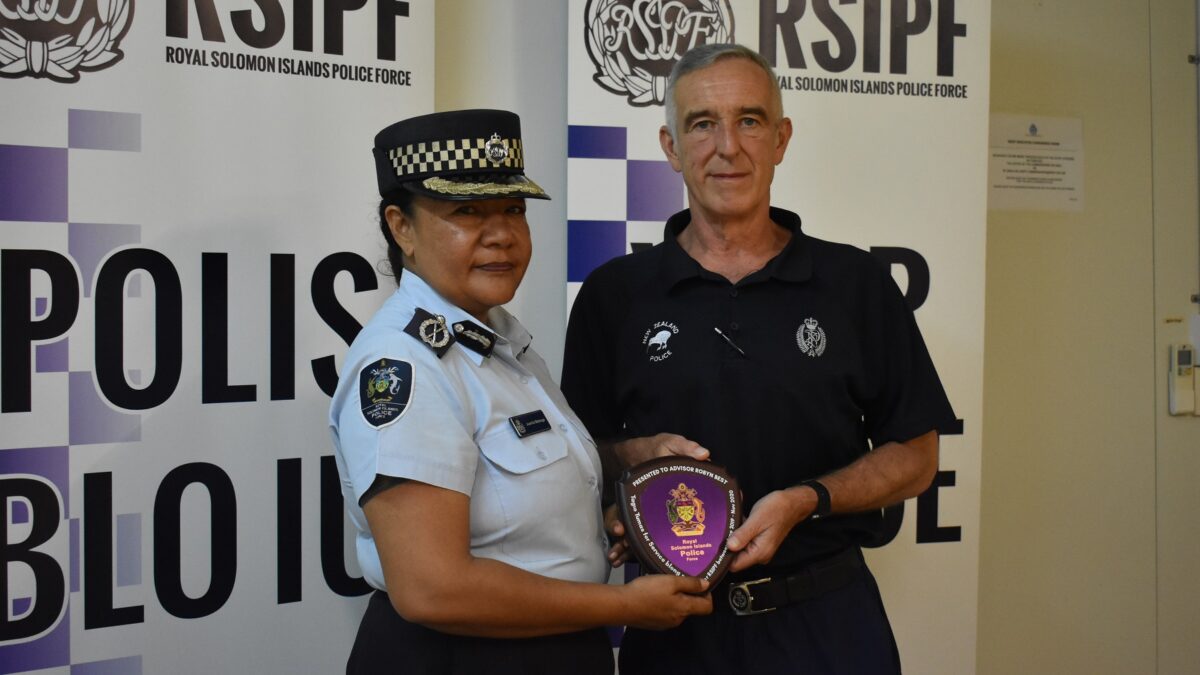 SIPSP Advisor Best returned to New Zealand when she completed her term with the Program last year.

SIPDP Team Michael Woods received the certificate and awards on behalf Ms Best from RSIPF Deputy Commissioner, Juanita Matanga during a brief ceremony at the Rove Police Headquarters in Honiara.

“On behalf of the Commissioner and Executive and other departments I acknowledge the contribution Advisor Best had made to the RSIPF during her time in Solomon Islands,” said Deputy Commissioner Matanga

“On behalf of all ranks and files of the RSIPF I would like to sincerely thank Advisor Best for providing essential support to the Office of the Commissioner of Police.”

Deputy Commissioner Matanga added, “Advisor Best’s contribution to capacity development within the RSIPF during her service is highly commended,”

SIPSP Advisor Best was presented with a Letter of Appreciation, an International Law Enforcement Cooperation medal and an RSIPF plaque.