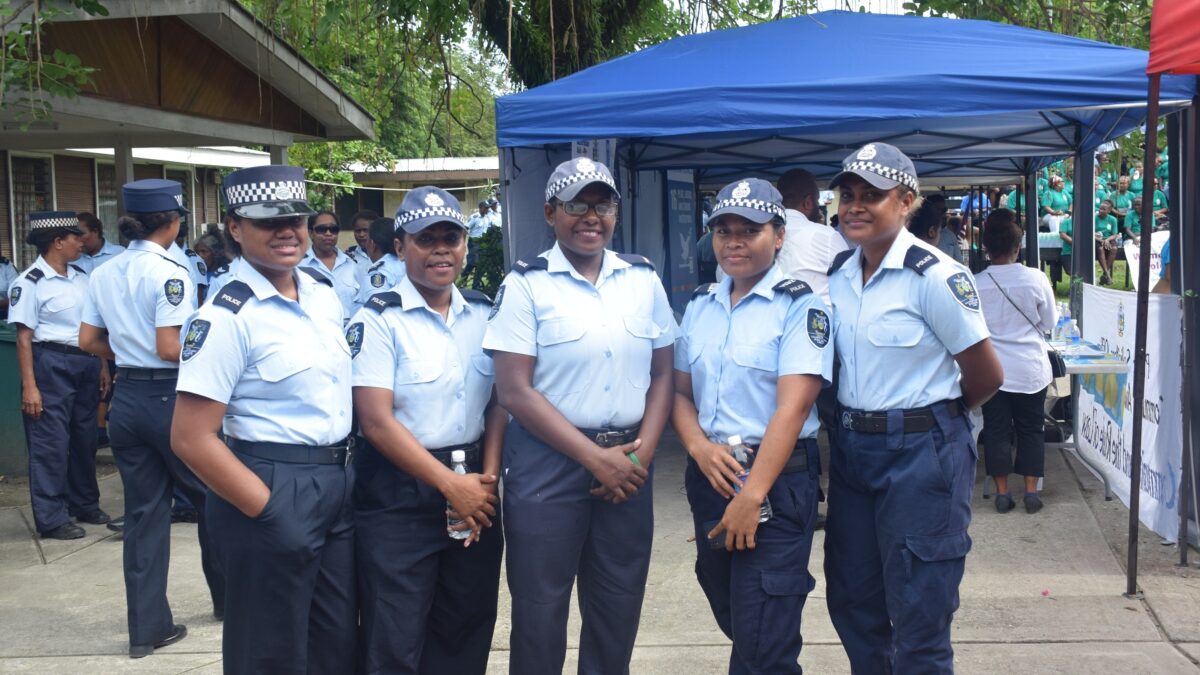 Commissioner of the Royal Solomon Islands Police Force (RSIPF) Mostyn Mangau and his Executive joined male and female officers of the Force to participate in the match through the main street of Honiara in support of the International Women’s Day (IWD) which was marked in the capital today (8 March 2021). 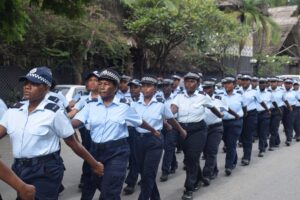 “I want to thank all the officers, both male and female, as well as the police recruits together with our RSIPF Brass Band, for coming out to join the march to show our support for our women and the activities to mark International Women’s Day,” said Commissioner Mangau, at the end of the march from the Honiara City Council Headquarters to the National Museum Auditorium.

“To show support for our female officers, the RSIPF is implementing its Gender Strategy with the appointment of a Gender Coordinator, who together with the RSIPF Women Advisory Network (WAN) are implementing activities within the focus areas of the Strategy.”

“The RSIPF is committed to providing a safe, secure and peaceful country for all and to do this we must build strong engagement with the community. Increasing and extending the role of women in the RSIPF can be expected to improve confidence, build trust and enhance the legitimacy of police within Solomon Islands,” says Commissioner Mangau.

He adds: “The mission of our Gender Strategy is to improve gender equality to create a workplace that actively values and supports women in all aspects of policing to build a strong and professional police force for all RSIPF officers. This Strategy must not be seen as benefitting female officers only but it’s for the benefit of the entire Force.” 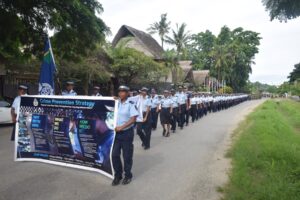 “This Strategy is the RSIPF framework for quickly achieving change for gender equality. By improving gender equality within the RSIPF, we are actively and positively contributing to a better Solomon Islands. We strive to be a cohesive police force that is strong, professional and has the confidence of the community. To achieve this, the RSIPF must create an inclusive workplace that actively supports and values the contributions of all officers, including female officers in all aspects and levels of policing,” says Commissioner Mangau

The RSIPF Gender Strategy has four key focus areas including: