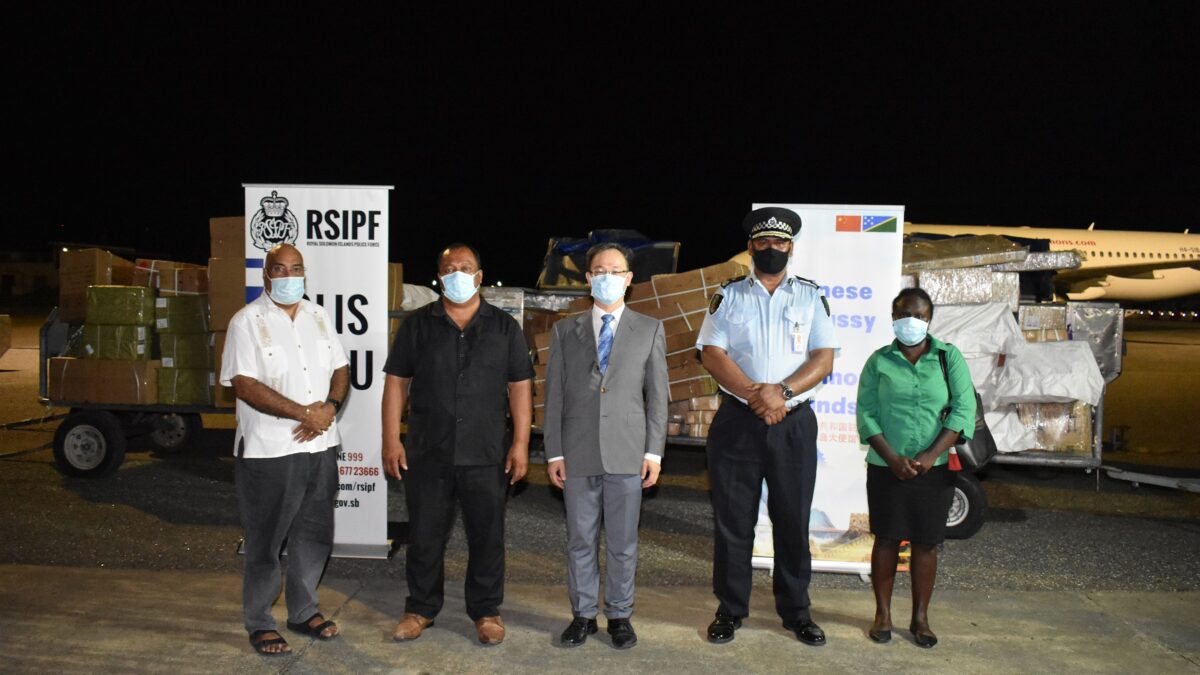 Group photo after the handing over ceremony 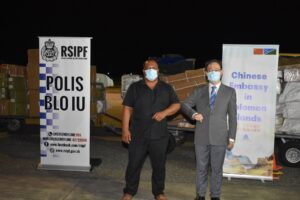 Present during the handing over ceremony are the Permanent Secretary (PS) of Police National Security and Correctional Services of Solomon Island (MPNSC), Commissioner of RSIPF and Senior Executives.

His Excellency (HE) Ambassador LI Ming has officially handed over the riot equipment to the Supervising Minister of MPNSC Honourable Dickson Mua and the Senior RSIPF Executive members.

Commissioner of Police Mr Mostyn Mangau says, “The riot equipment is a need to strengthen RSIPF capability and capacity to respond to future unrest. This riot equipment includes shields, helmets, Batons and other non-lethal gear that will further enhance Police ability in confronting future threats.”

Commissioner Mangau says, “The support from PRC will not interfere with police operations and administrations as police have its own operating procedures to operate on. Solomon Islands is a sovereign country.”

Mr Mangau says, “While I appreciate the PRC for the support rendered, I must thank the Australia Government for responding to Solomon Islands request for assistance. Welcome Papua New Guinea’s bilateral support. Appreciate New Zealand and Fiji’s contribution to support RSIPF to restore law and order during social unrest last month.”

Supervising Minister of MPNSC Honourable Mr Dickson Mua says, “The RSIPF is a force that has limited capacity and capability for required operations, but they have continuously tried their best to deliver on their task as best as they could. What is provided by PRC is a help that will go a long way in reinforcing RSIPF capability, moral and determination in carrying out duties.”

Supervising Minister Mr Mua says, “I do understand that this batch of consignment is part of a larger batch, which will be delivered in the coming months. And it is only fitting to say that this progress support is a sign of how our friendship will grow overtime, as I believe our friendship and partnership will continue to grow stronger and respectfully over the years to come.” 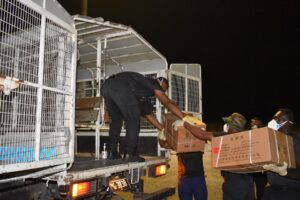 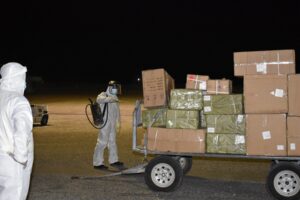 Health officers disinfect riot gears before the handing over program 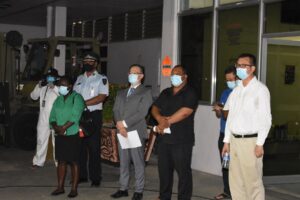 Officials who at the Henderson Airport during the handing over program 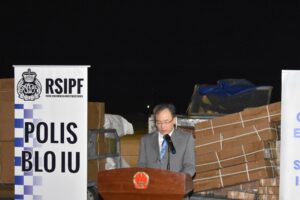