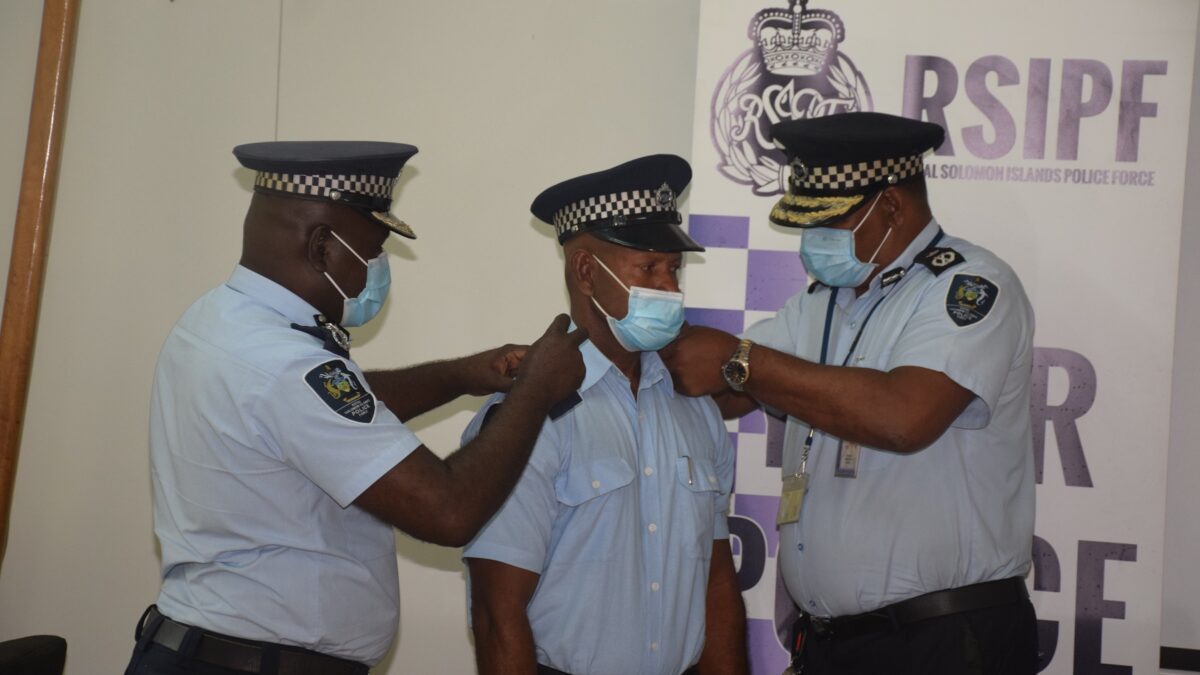 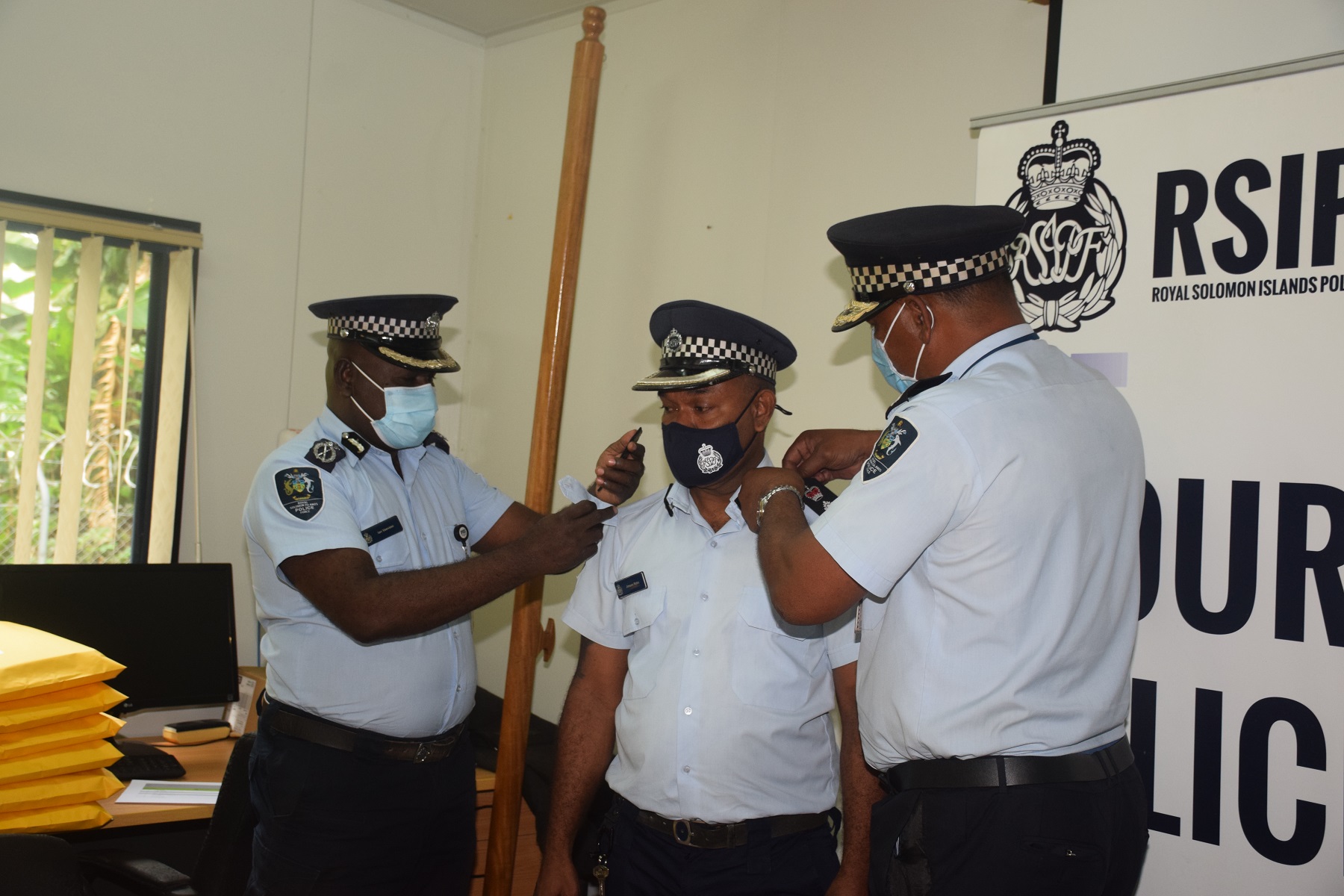 Two officers of the Royal Solomon Islands Police Force (RSIPF) have been promoted to different senior positions within the organization. These two officers received their promotion letter during a brief ceremony at the Rove Police Headquarters in Honiara today (01 June 2022).

Speaking at the ceremony, Commissioner Mostyn Mangau told the officers, “Your promotions will have its own challenges as you take on the new leadership positions to drive the RSIPF.”

“Your promotions are significant for RSIPF and the people of Solomon Islands. The future of RSIPF is vested on your shoulders. I as your Commissioner will work closely with you in your new senior positions.”

“Leadership comes with responsibilities, responsibilities come with challenges, but as a team we can achieve our goals. The RSIPF Strategic Directions and core values set a clear direction for us. Even our national motto is very clear: ‘To lead is to serve’,” says Commissioner Mangau.

Newly promoted officer, Chief Superintendent Robo says, “Today marks the end of one chapter and the start of another. We would like to acknowledge and appreciate Commissioner Mangau and his executive for the trust and confidence you have in us that bring us to the next level of leadership in the RSIPF.”

“There would be challenges ahead but with the support from you and your executive, other security partners and members of the RSIPF, we are confident that we will overcome those challenges by working together as a team,” says Mr Robo.