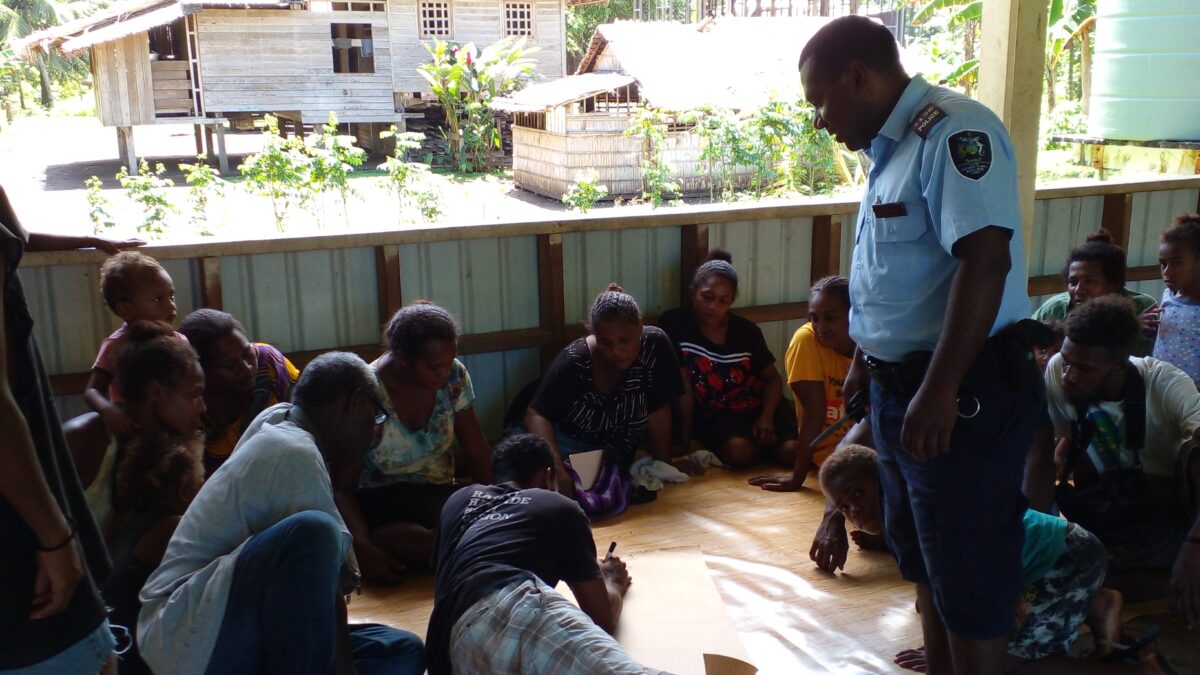 PC Suhata with the members of the community during the training

Officers of the Royal Solomon Islands Police Force (RSIPF) at Kirakira Police Station in Makira Ulawa Province have conducted a comprehensive training in West Makira from 16 to 18 January 2023.

PPC Sitai says, “The programme is part of the ongoing Police Crime Prevention Strategy, which aim to redirect the mind-set of members of the community on ways to respond to antisocial behaviours arising from time to time in their own villages.”

“The outcome of the program has been very positive. According to the leader’s spokesperson, the awareness and training helps them to further understand the importance of working together and respect for the rule of law.” PPC Sitai adds

“The training has come in the right time where all the leaders in the area have just completed their meeting towards finding alternative ways to combat rising crime in the area.”

The same training will rolled out to other communities in the province, which they have already formed their crime prevention committee.

“Makira Ulawa Province continued to benefit from the strategy since was first introduced eight years ago,” Says Superintendent Sitai