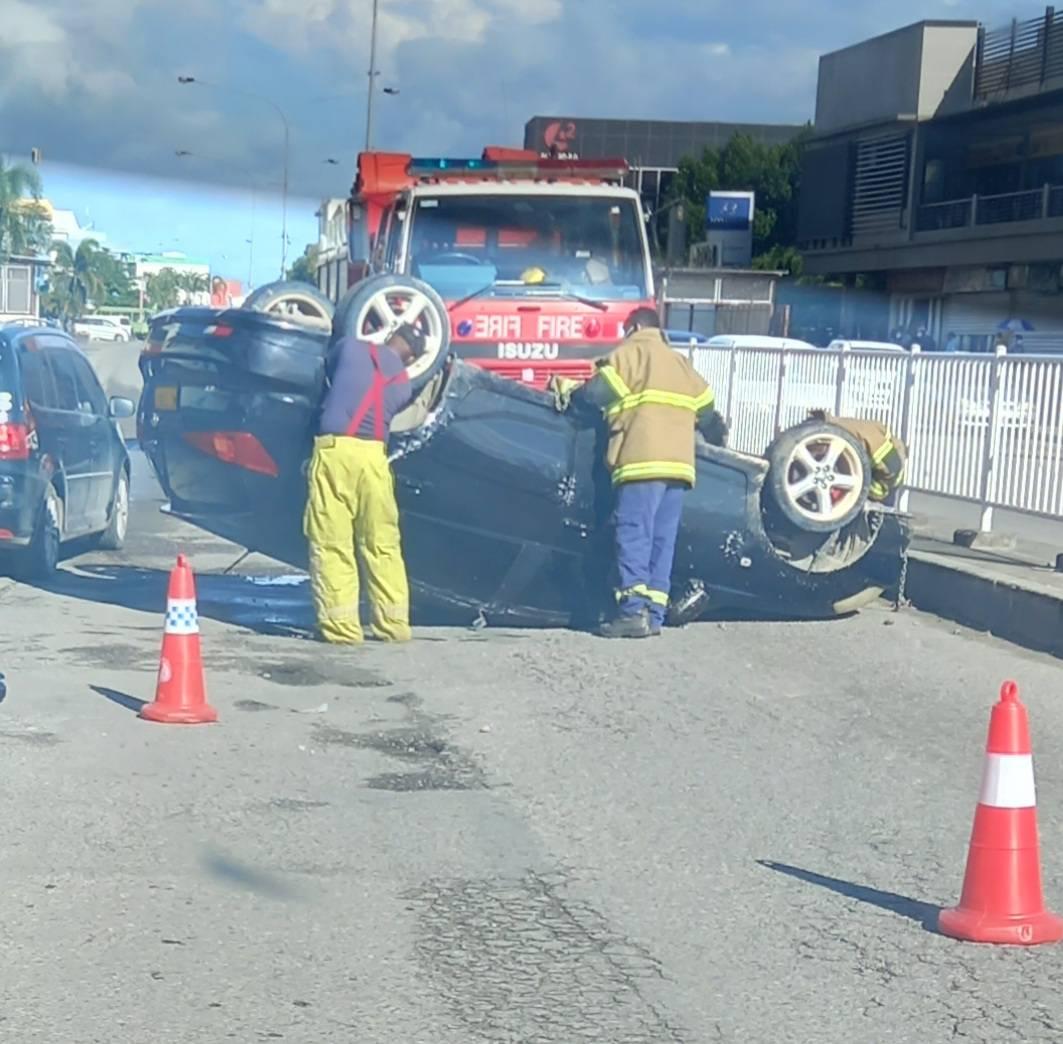 Officers of the Royal Solomon Island Police Force (RSIPF) at the National Traffic Department are investigating a traffic accident, which involved a black Caldina car along the Mendana Avenue road, in front of the XJ6 shop in Honiara on 10th February 2022.

Supervising Director of the National Traffic Department Inspector Hugo Maelasi says, “The car was travelling in a westerly direction when it hit the rail between the central market and XJ6 shop area.”

Director Maelasi says, “As a result, from that very strong impact caused by the car, the vehicle overturned. The Fire and Rescue Service of RSIPF assisted by repositioning it before transporting the vehicle to MID for inspection.”

Inspector Maelasi adds, “Officers attended to the report and the driver of the vehicle was taken to Central Police Station for further investigation.”

“I would like to strongly warn vehicle drivers not to drink and drive as it will only endanger your own life and passengers. Traffic laws are there to safeguard us,” he says.