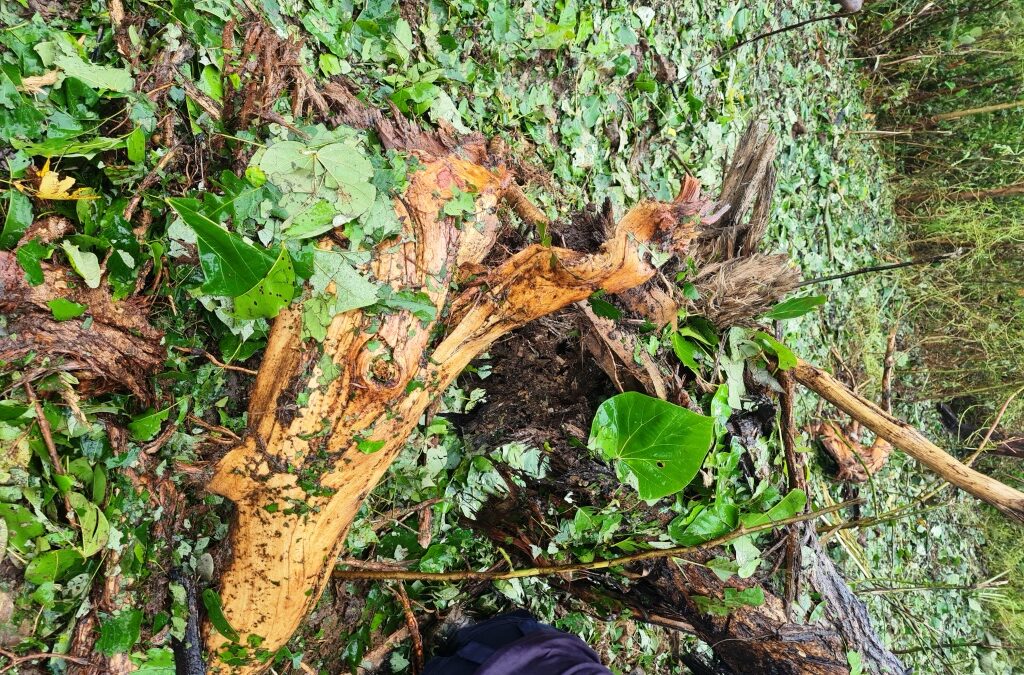 The Explosive Ordnance Disposal (EOD) team of the Royal Solomon Islands Police Force (RSIPF) have responded to a report of an explosion incident, which occurred at Mbarana area, North West Guadalcanal on 4 January 2021.

Initial reports said that the explosion occurred approximately 320m from the Mbarana Community. It is likely that a fire had been set over a bomb, which causes the explosion. Trees and vegetation in the area of explosion were also cleared off by the blast.

Officer in-charge of the EOD team, Inspector Clifford Tunuki says, “The EOD team have responded to the incident and secured the scene for further enquiry.”

OIC Tunuki says, “At the scene there were no casualties or damage to buildings within the proximity communities. The UXO was assessed to possibly be a 500lb bomb on the surface that burned to detonation due to the heat of a large fire.”

“Investigation into the matter continues and I call on any one residing at the place of incident who may have any information to come forward to police,” says Inspector Tunuki.