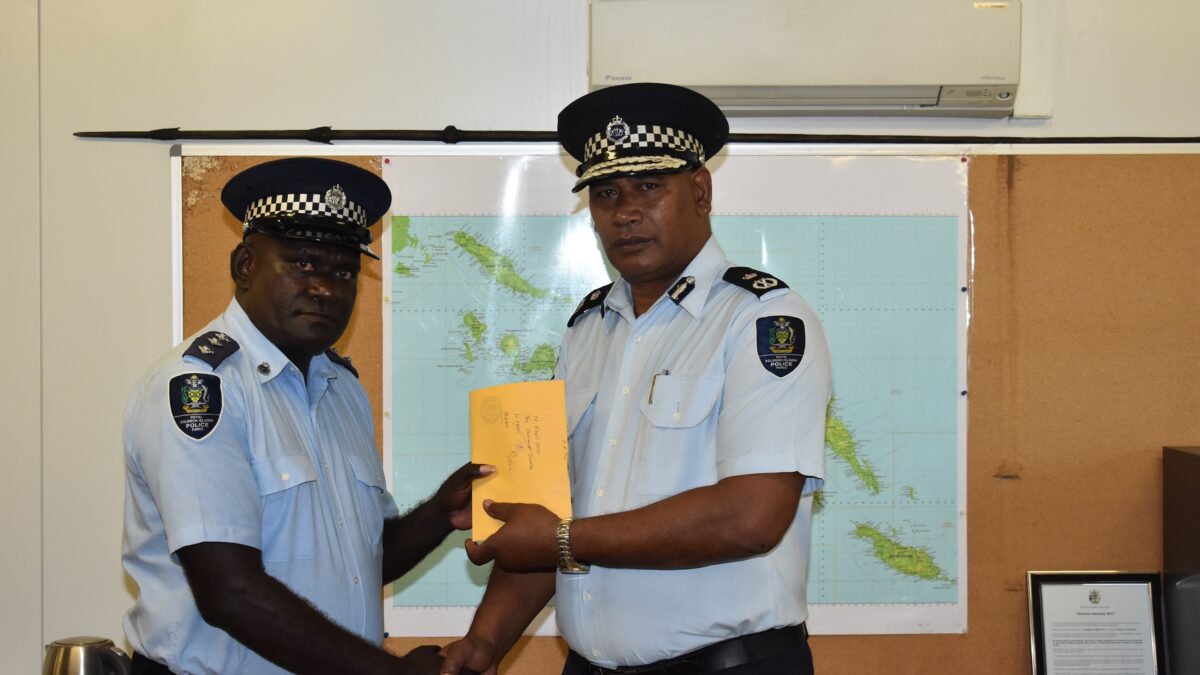 Royal Solomon Islands Police Inspector Nevol Soko has been promoted to the rank of Superintendent as he becomes the Director of the Maritime Department. 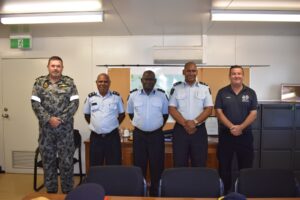 Group photo after the promotion

Speaking during a brief ceremony at the Rove Police Headquarters in Honiara today (5 August) RSIPF Commissioner Mangau told the newly promoted Superintendent Soko, “We have the trust and confidence in you as you receive your letter of promotion to look after the Police Maritime Department. It is not easy to take up such a responsibility but you have proven yourself during your time when you supervised the office.”

“Maritime is a big department and you will look after the most expensive assets with modern capabilities. These assets belong to the RSIPF and the Solomon Island Government. It will help the government to fight against the COVID-19.” 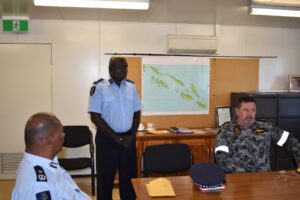 Superintendent Nevol Soko give his brief remarks during the promotion

“On behalf of the RSIPF Executive and ranks and file I would like to thank your family for the support rendered to you resulting in your promotion. Not forgetting your team at Police Maritime for the great team work,” said Commissioner Mangau

“As your Commissioner, I Iook forward to your performance in your role. It will be challenging, but you have to face those challenges to bring maturity in policing work. RSIPF Executive is here to assist you with decision-making that is sometimes complex,” said Commissioner Mangau.

Newly promoted Superintendent Soko told the RSIPF Commissioner, “I am happy and humble to receive my letter of promotion. As you rightly said, my challenge is your challenge. While I appreciate the promotion to Director Police Maritime I like the RSIPF Executive to seriously look into the long outstanding issue of manpower in the Maritime Department with the planned establishment of the new patrol boat out post in the Shortland Islands in five years’ time.

The promotion of Superintendent Soko was endorsed by the Police and Prison Services Commission (PSC) based on merit following a recommendation made by the RSIPF Selection Panel.