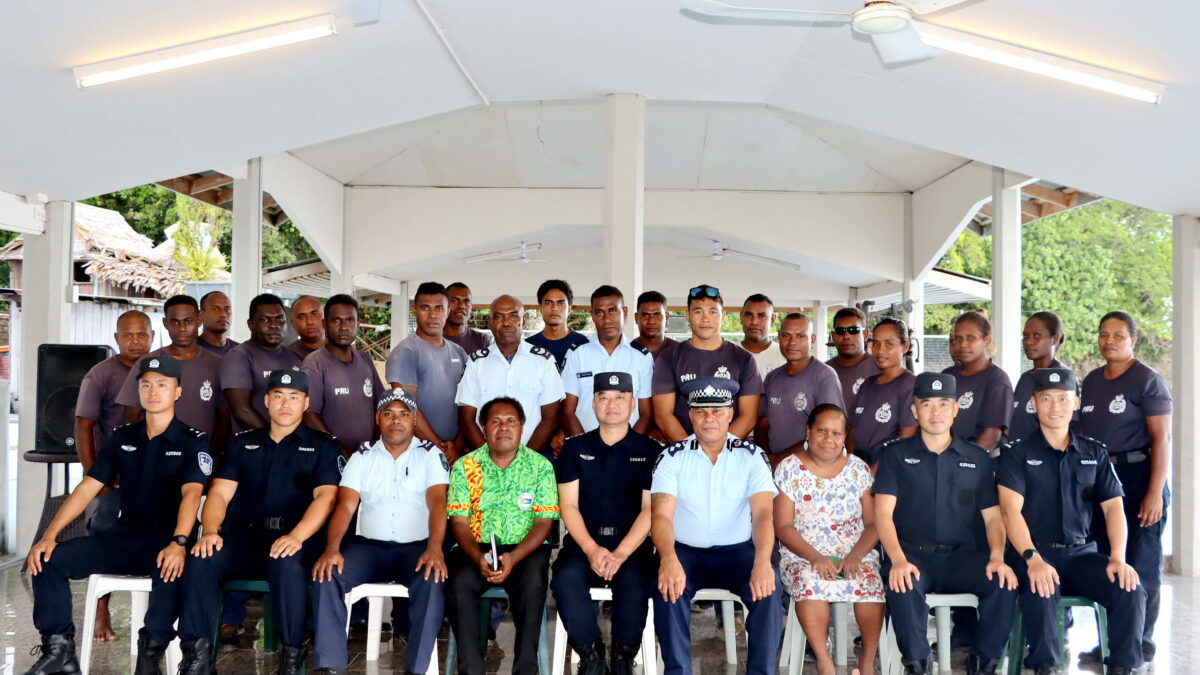 Group photo after the opening ceremony

The training was conducted at Buala, the capital of Isabel Province with the official opening ceremony on 12 October 2022. The two weeks training program involved 22 officers of the RSIPF in Isabel.

Provincial Secretary (PS), Isabel Province Mr. Hiropuhi said on behalf of the Isabel Provincial Government, I would like to thank the Ministry of Public Security of China for generous support to the RSIPF Officers in Buala.

PS Hiropuhi said such training will contribute more to better cooperation and a great milestone of police cooperation between Isabel Provincial Government(IPG),  RSIPF and China Police.

Mr. Hiropuhi appealed to RSIPF officers in Buala to make good use of the opportunity to develop their knowledge in those well prepared courses by China Police.

He said the POM training programme is crucially important for RSIPF to be developed as one of the best police forces in the region and make Solomon Islands truly safe, prosperous and happy Isles.

Supervising Assistant Commissioner (AC) Mr Leonard Tahnimana says, “I would like to thank Commissioner Zhang Guangbao for sending his trainers from the Chinese Police to come forward and offering training support to our local officers here in Isabel Province.”

AC Tahnimana says, “The RSIPF Executive through the leadership of the Commissioner of Police has always emphasized the importance that all officers must continuously train and up-skill with required level of POM skills that are essential and necessary in order to effectively deal with disorder issues that may raise within our province.”

Mr. Tahnimana says, “I am very pleased to see the excellent attendance of our officers who were nominated to attend this very important training. I strongly believe that upon completion of this training you should be ready to handle any POM situation that may arise in the near future.”

Deputy Team Leader Ji Yong says, “The Isabel police POM training is the second outer Island training conducted by CPLT which is of great significance for expanding and consolidating bilateral police cooperation. Isabel Province has a beautiful environment, rich products, and is relatively far from the capital region. Strengthening police techniques and tactics capabilities is critical for ensuring the safety of this Island and the country.”

Before the training commenced, a parade was conducted by RSIPF officers in Isabel Province to welcome the arrival of AC Provincial, Deputy Team leader and Operational Safety Trainers Instructor from the CPLT. 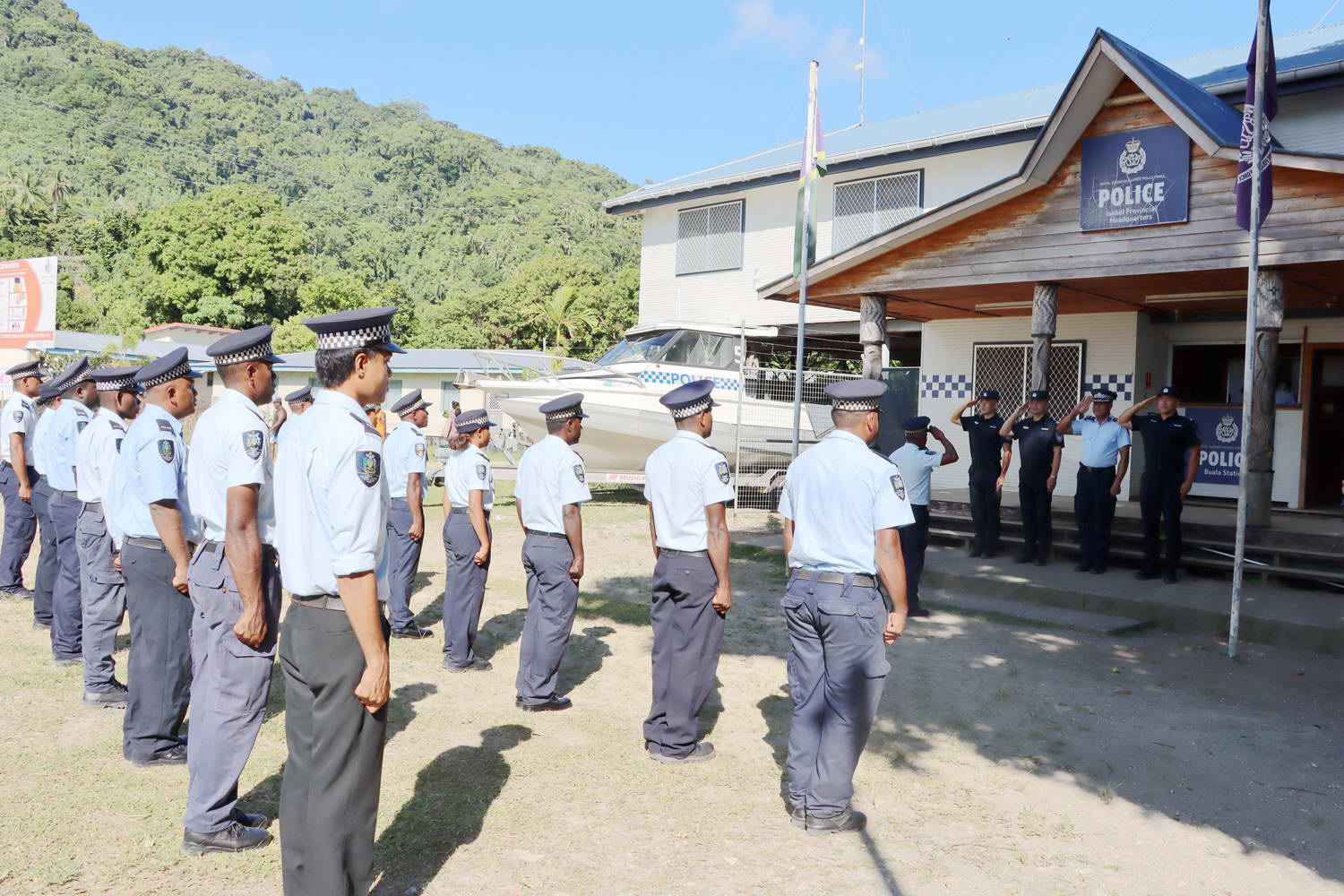 A parade conducted for the arrival of the team in Buala 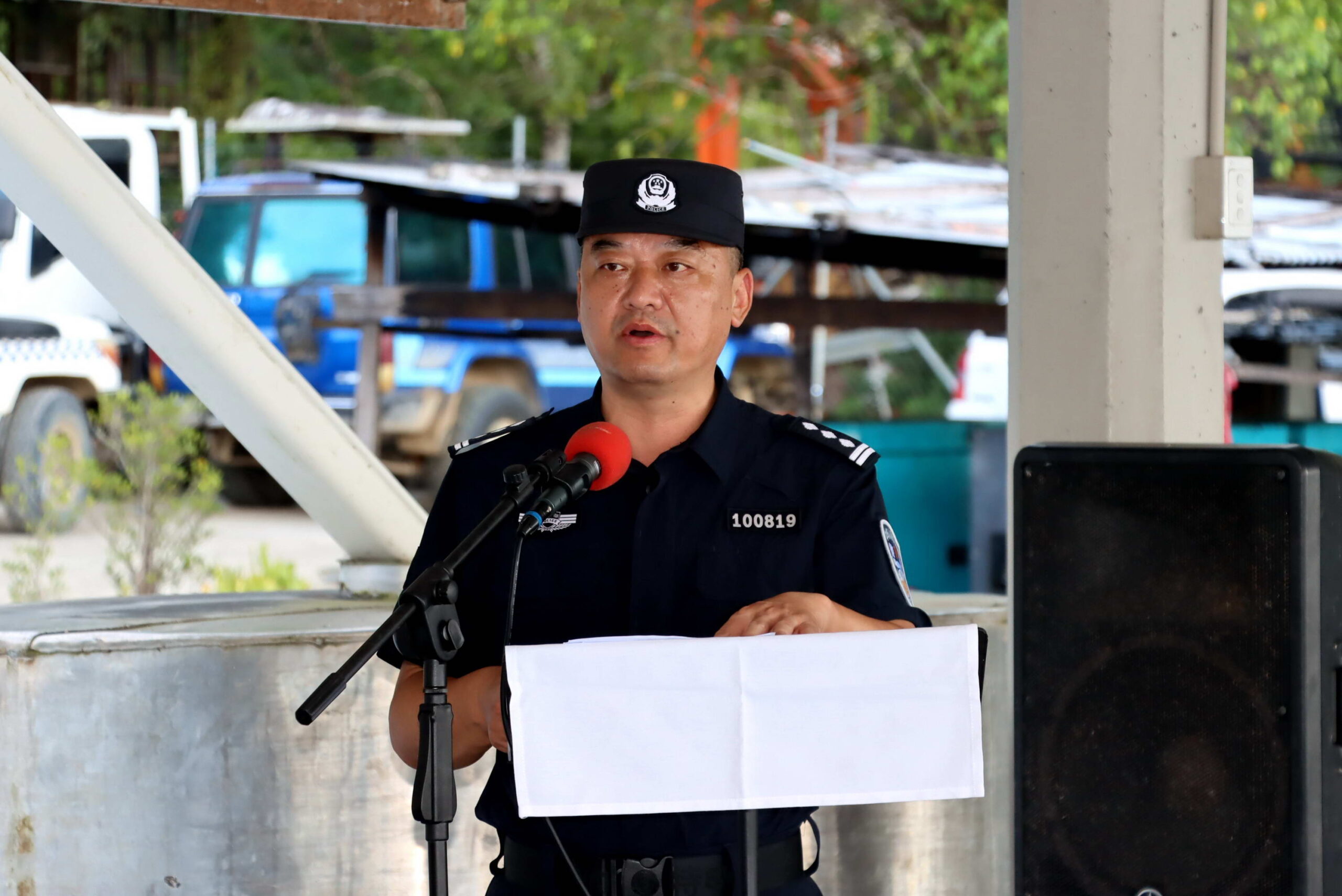 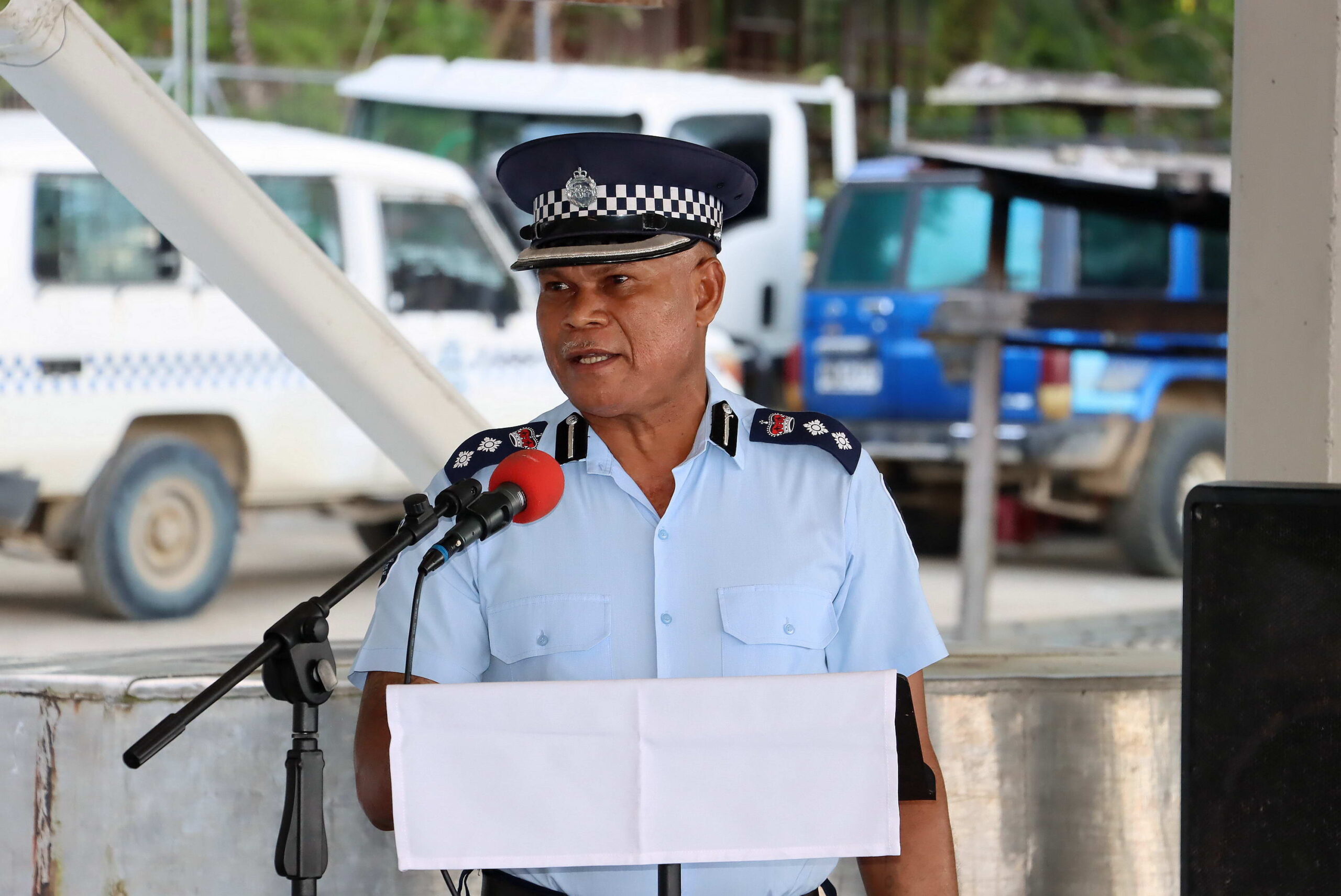