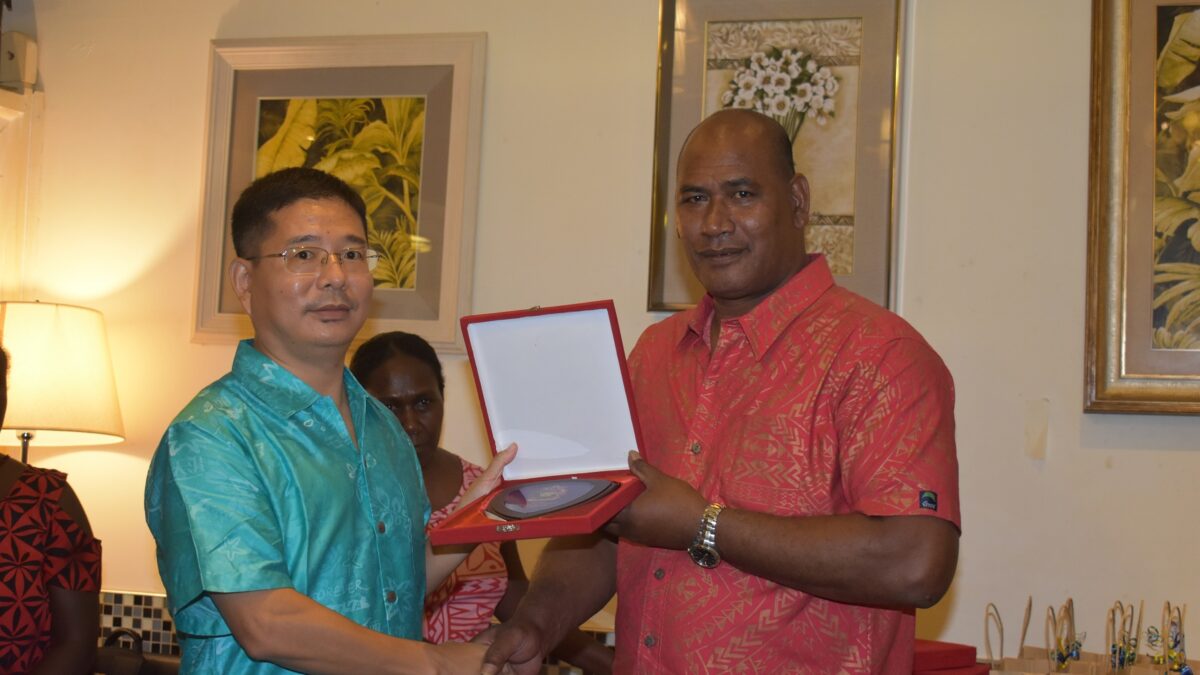 The Permanent Secretary (PS) of the Ministry of Police, National Security and Correctional Services (MPNSCS) Ms Karen Galokale said allow me to thank you generously, for what you have done on behalf of your country. Please be rest assured that you have represented your office and country with dignity, and be certain that you have delivered your task with pride and honour.

PS Galokale said please take with you to your family, the deepest respect and best wishes that the people of Solomon Islands offer. What you have done and shared with our RSIPF are valuable lessons that we will treasure and share within the RSIPF.

Ms Galokale said on behalf of the Solomon Island Government and People of Solomon Islands, allow me to say thank you and blessing to all of you and a safe journey back home.

Commissioner Zhang Guangbao who headed the CPLT to Solomon Island said in his speech that the special farewell dinner shows your deep concern for the bilateral police cooperation and friendship.

Commissioner Guangbao said on behalf of the Ministry of Public Security of China and CPLT, I would like to express my sincere thanks.

Mr Guangbao said on our arrival my team built close relationships with MPNSCS and RSIPF. We have implemented our cooperation plan and achieved fruitful results. We have provided two batches of medical equipment, a batch of Public Order Management (POM) equipment, and a batch of CPP equipment’s.

He said the mobile telecommunication system is under construction, Police drones and other assistance will arrive soon. CPLT has conducted ten batches of training to 187 RSIPF officers. The joint training demonstration on 1 July 2022 was a great successful one.

Commissioner of RSIPF Mr Mostyn Mangau in his welcome remarks has thanked the CPLT for boosting the capability and capacity of RSIPF.

Mr Mangau said I would like to thank Peoples’ Republic of China for the great support rendered to RSIPF. It is a huge contribution in terms of security through this police cooperation.

Chinese Ambassador to Solomon Islands His Excellency (H.E) Li Ming during the farewell dinner said a series of consensus have been reached which laid a solid foundation for the long-term development of police cooperation between the Peoples’ Republic of China (PRC) and Solomon Islands (SI).

Mr Li Ming said our police cooperation has received widespread attention from the local media and all sectors of society and has generally been positively evaluated. It is proved that our police cooperation is beneficial to the security and stability of SI and the region and also the interests of the two countries and needs to be adhered to for a long time.

During the farewell dinner presentation of gifts was done. A total of eight CPLT officers will return to China and the next batch of team members will arrive soon in the country. 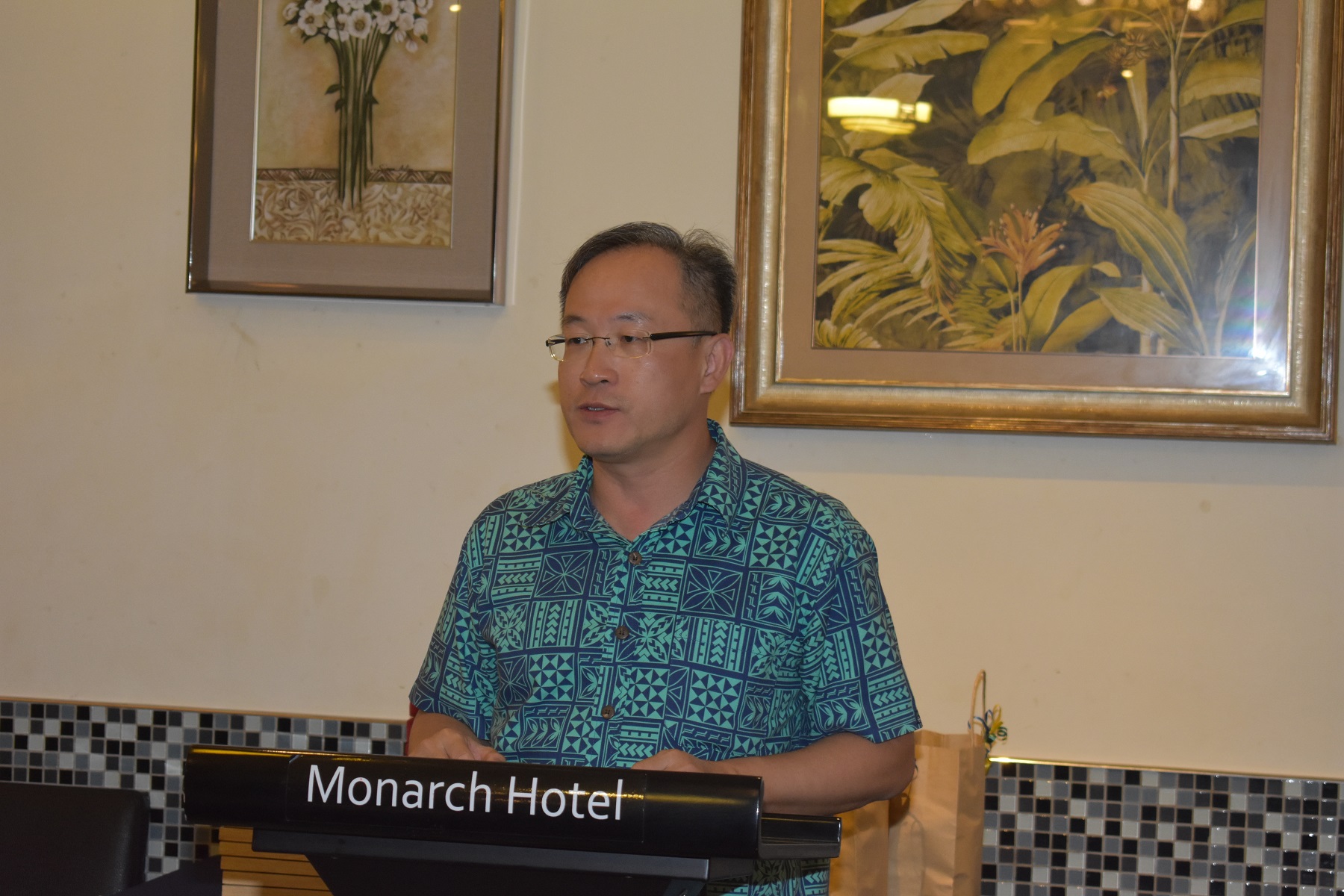 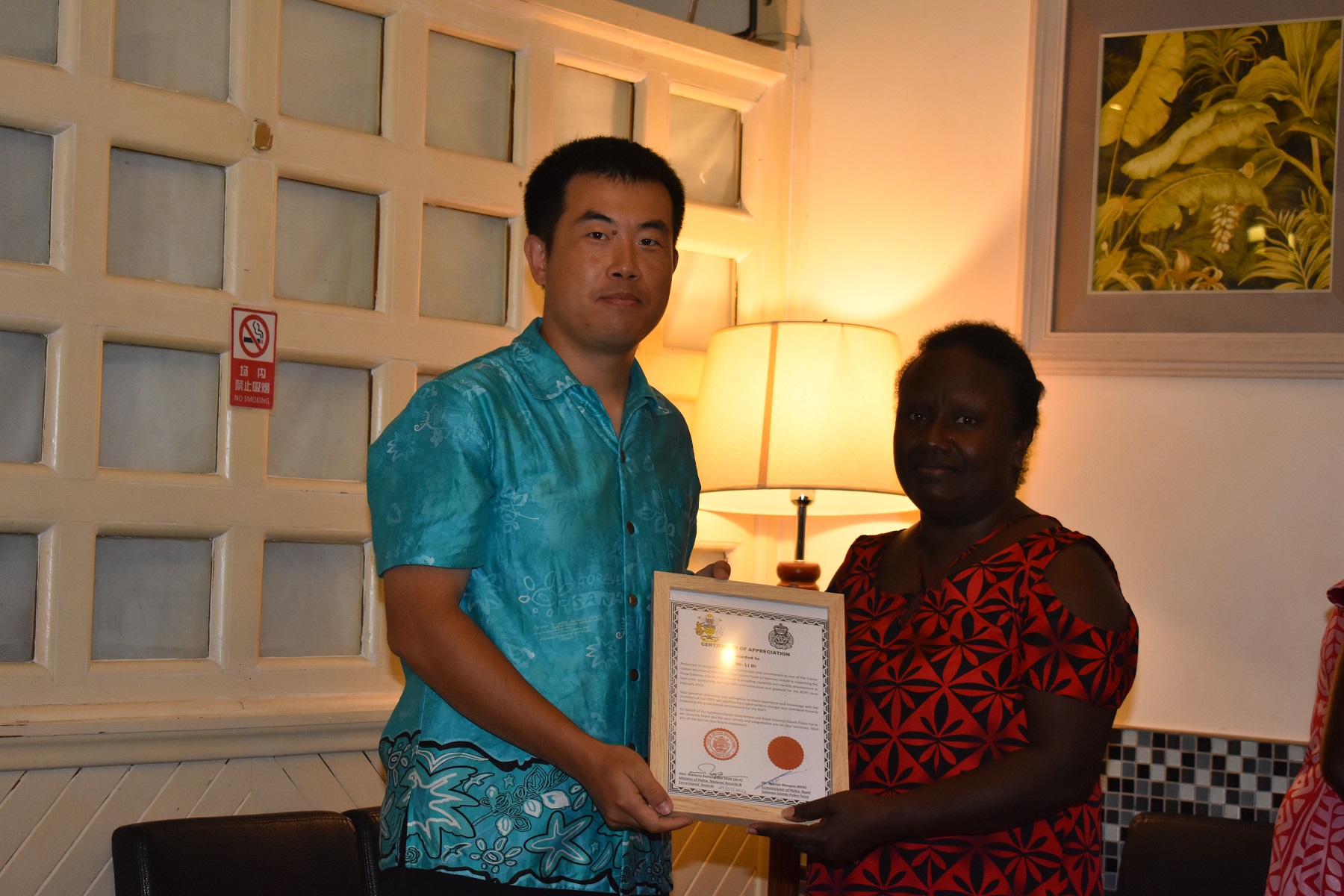 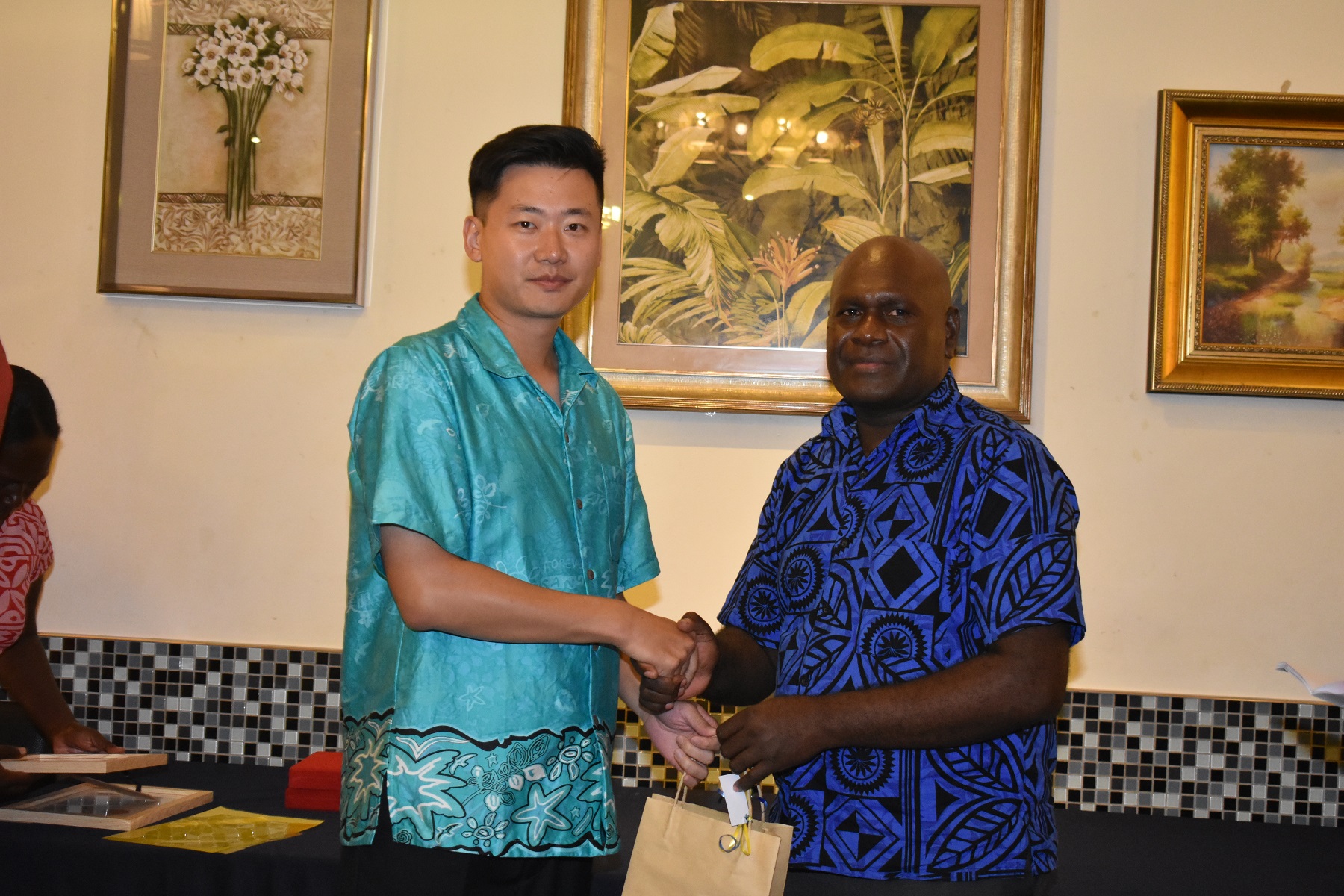 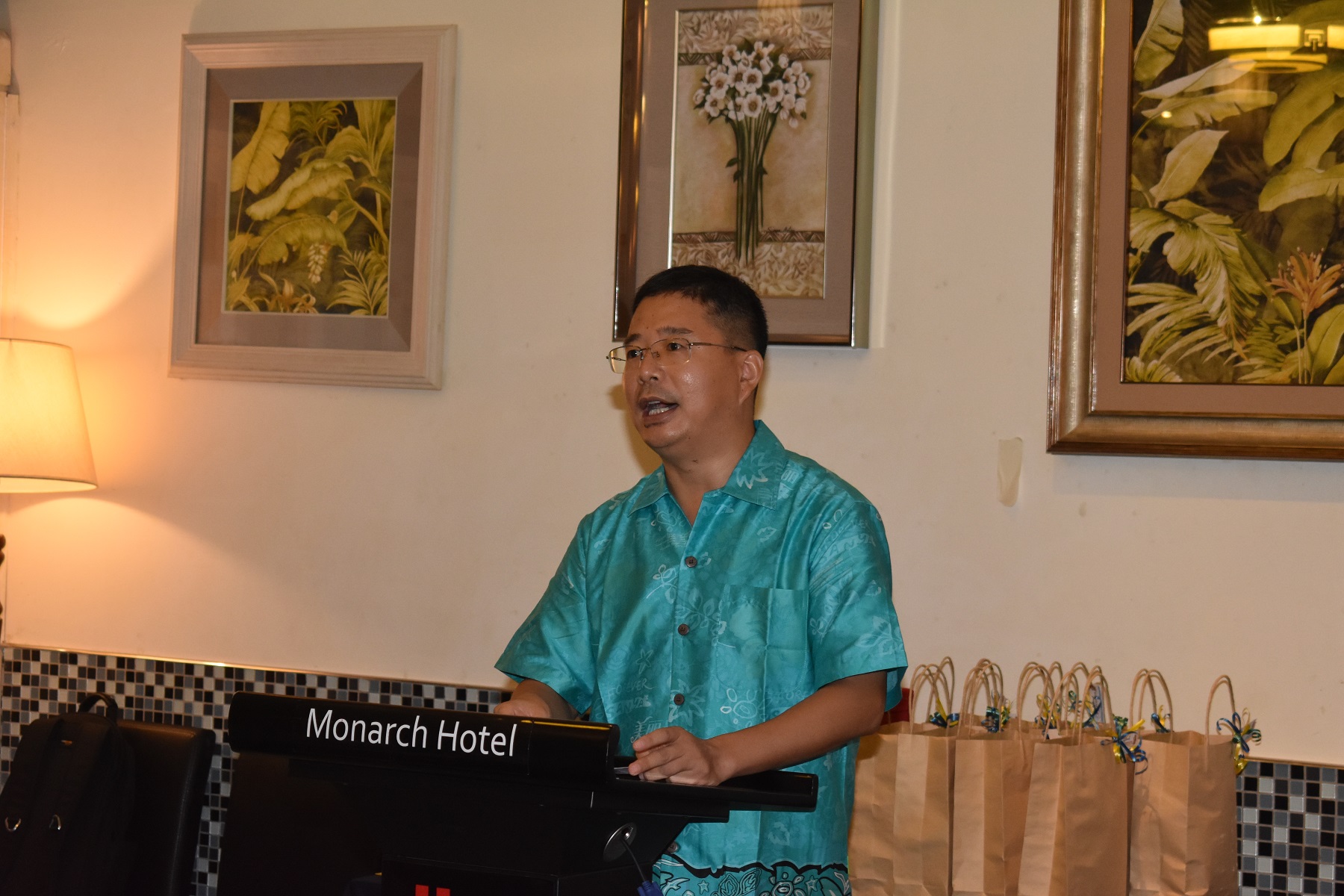 Commissioner Zhang Guangbao gave his remarks during the farewell dinner 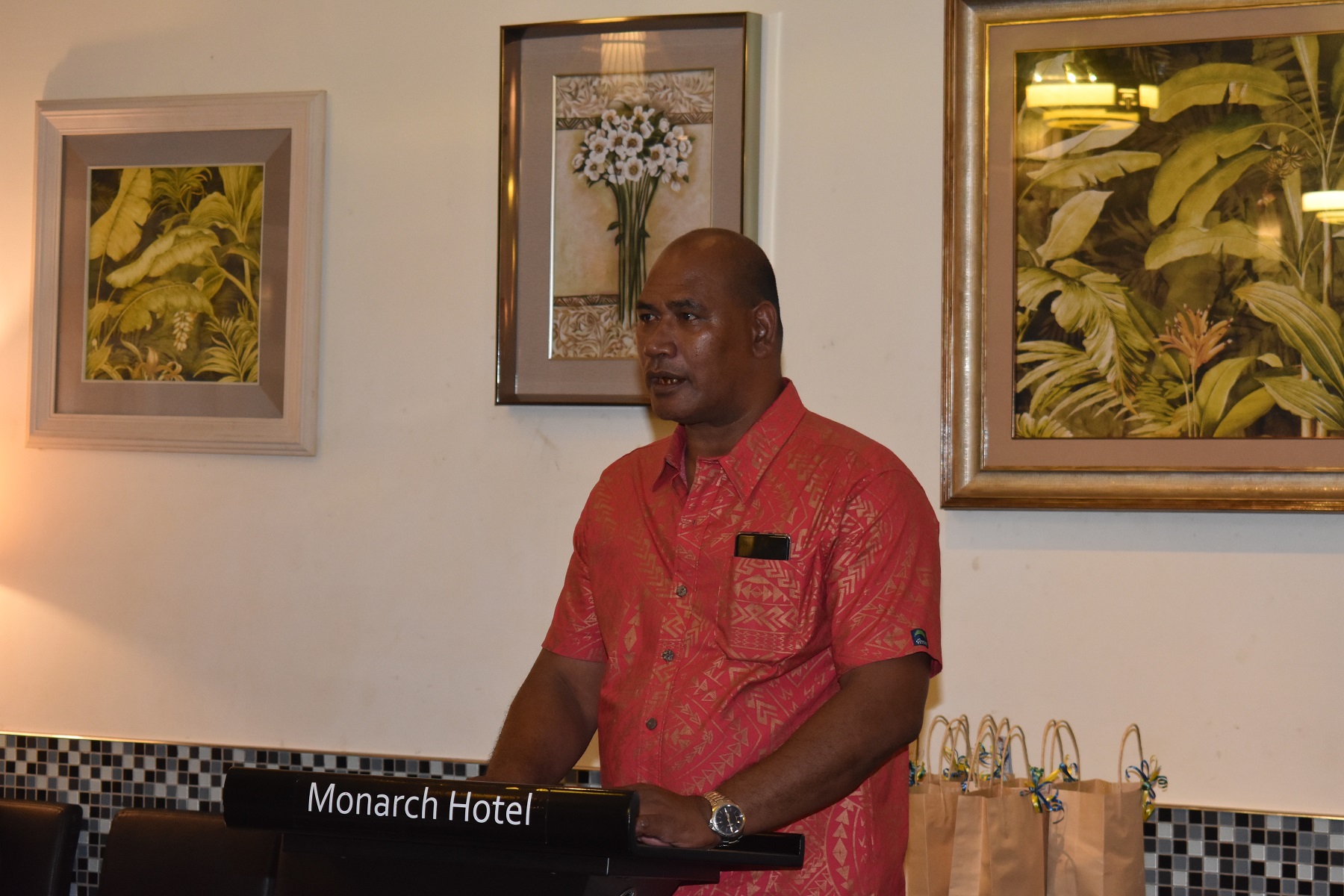