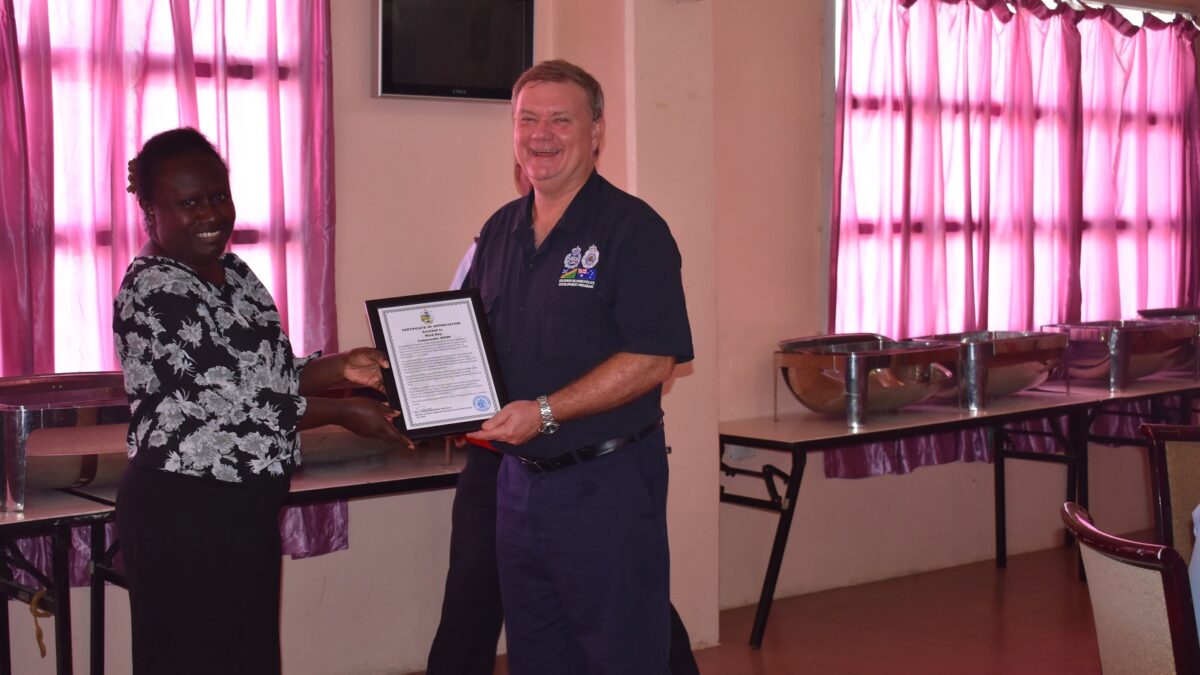 The Royal Solomon Island Police Force (RSIPF) has thanked the outgoing Commander of the Solomon Island Development Program (SIPDP) Mark Ney for the great work he had done towards capacity building of the RSIPF during his time in Solomon Islands.

The Ministry of Police, National Security and Correctional Services together with the RSIPF hosted a lunch in Honiara today to farewell Commander Ney who is expected to leave Honiara this Friday 20 November 2020.

RSIPF Commissioner Mostyn Mangau says, “On behalf of the RSIPF Executive and all ranks and files I would like to thank you for your dedicated service, unwavering contribution and commitment in supporting the RSIPF in the two important roles of Commander of the Participating Police Force in 2015 to 2016 and Commander of SIPDP from 5 January to 12 December 2020.”

“We appreciate your dedication and commitment in sharing your experience and technical knowledge with both the executive and officers of the RSIPF. This has significantly inspired positive changes in the lives of the RSIPF officers and will contribute towards improving their professional development. You will leave behind a positive legacy that will be long remembered,” says Commissioner Mangau.

Permanent Secretary in the Ministry of Police, National Security and Correctional Service,Karen Galokale says, “I pay tribute to you for the assistance given to RSIPF with significant infrastructure including refurbished works to existing police station and posts here in Honiara and in the provinces, technical equipment like the Quarantine Station at Terete, the drones, Police Response Team Tactical uniforms as well as specialised training and upskilling of police officers that was positively progressed under your leadership.

“The RSIPF has achieved a lot under your leadership during this challenging year giving the new normal due to COVID 19,” says PS Galokale.

Commander Ney was grateful for the farewell lunch and was touched by the kind words of PS Galokale and Commissioner Mangau.  Commander Ney reiterated that the past 11 months as Commander SIPDP has been some of the most rewarding times of his police career.

“I will always hold the Solomon Islands and the RSIPF close to my heart.  I’ve worked with some great people who I now consider life time friends,” says Commander Ney.

On Commander Ney’s return to Australia, he will retire from the Australian Federal Police.

“The fact that the Solomon Islands is the last place I worked as a police officer, I will have lasting memories of the country as well as the RSIPF,” says Commander Ney.