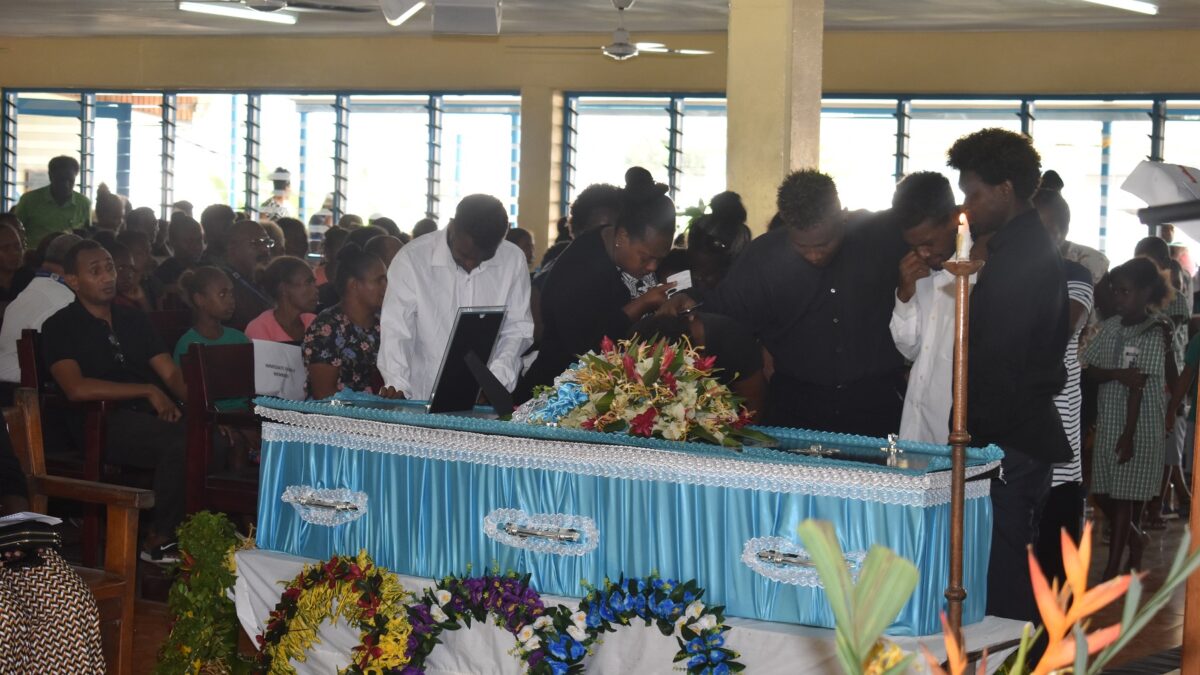 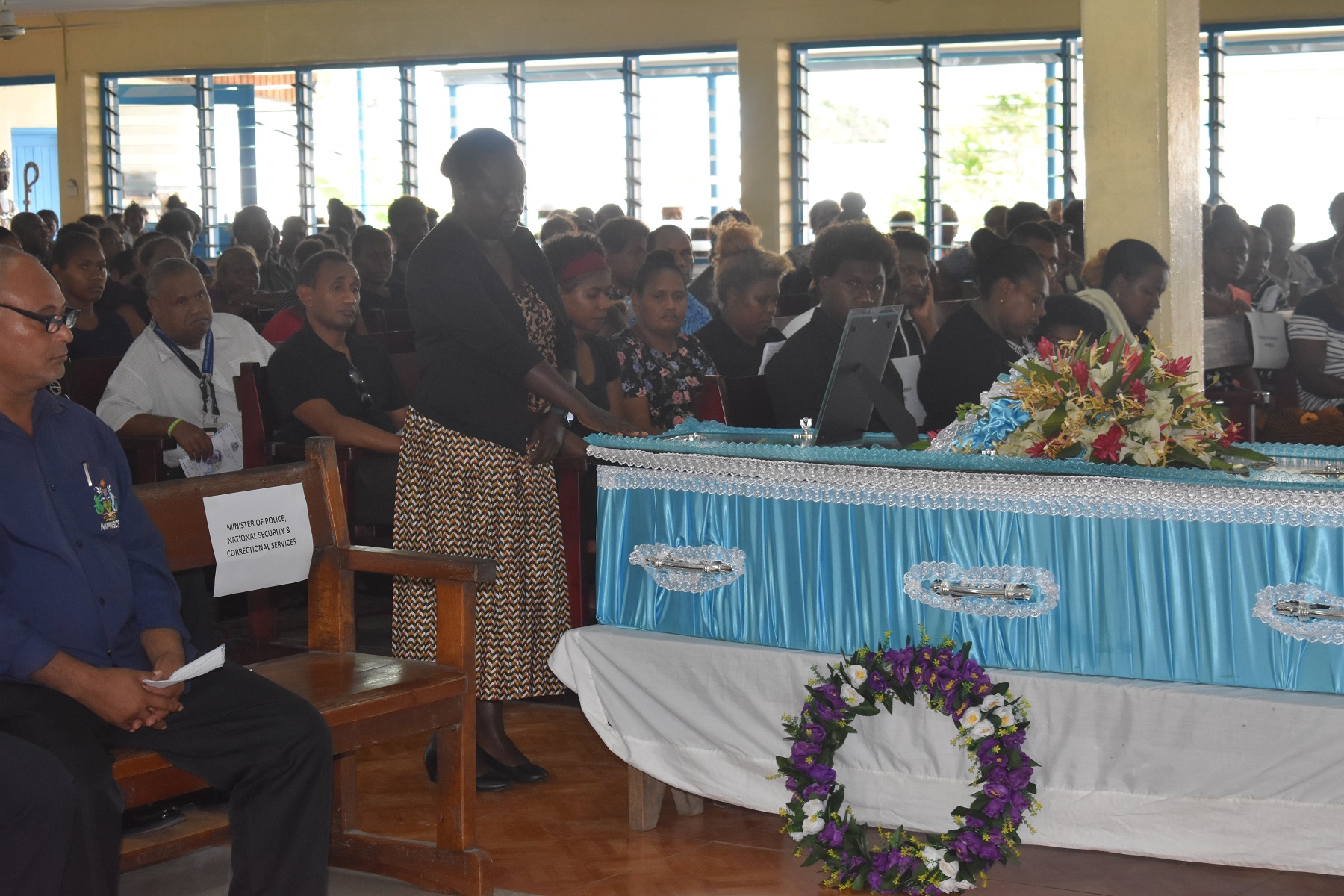 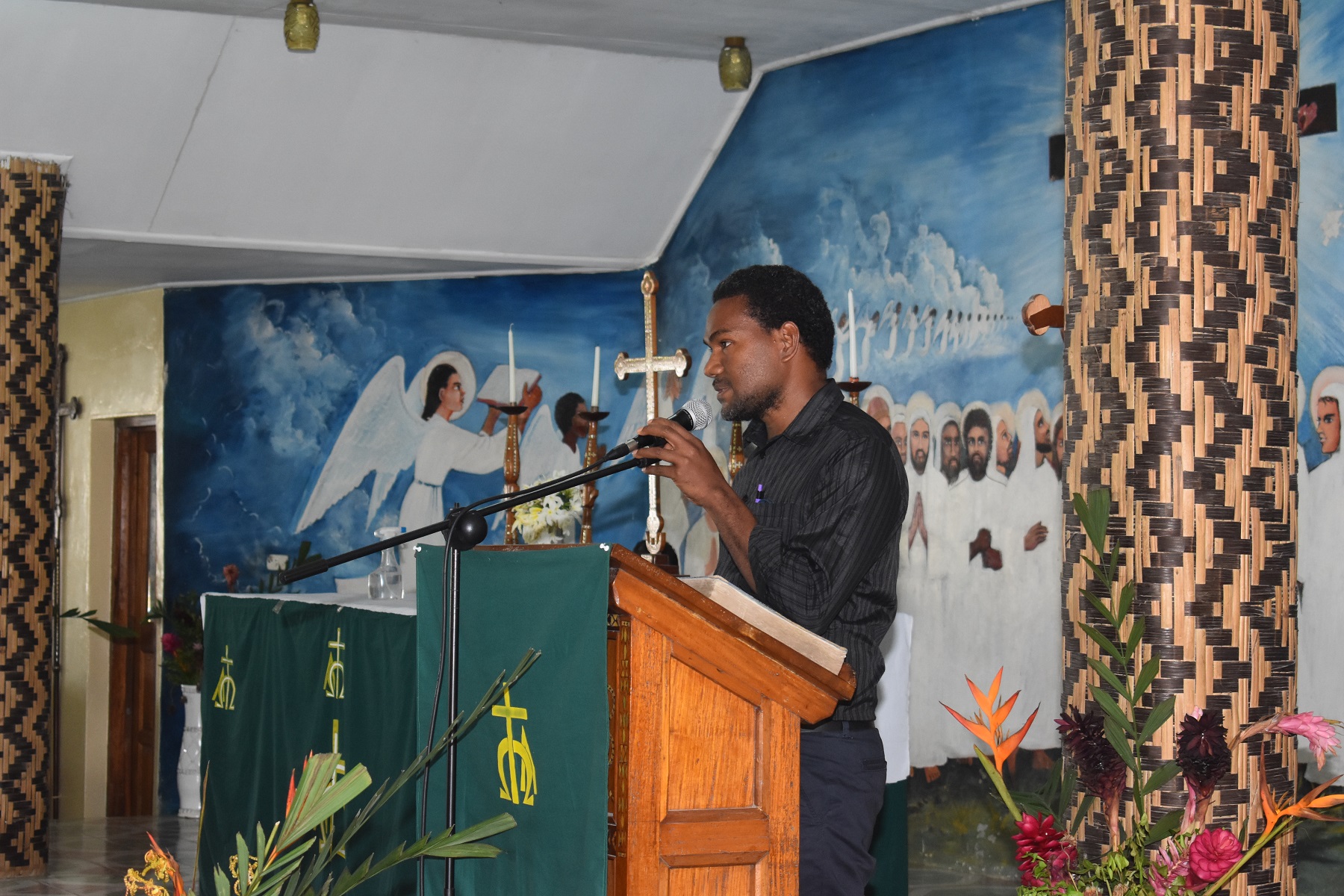 Officers of the Royal Solomon Islands Police Force (RSIPF) in Honiara today (10 September 2021) farewelled their colleague officer the late Police Staff Sergeant Richard Aiti during a funeral service at the All Saint Parish Church after he passed away on 8 September 2020.

Speaking at the funeral service RSIPF Commissioner Mostyn Mangau says, “I am humbled to stand here on behalf of all ranks and files of the RSIPF throughout Solomon Islands.”

“I am lost for words to describe the sadness that all of us have experienced at the news about the passing away of one of our own.  I would like to inform relatives and friends that we are greatly saddened at the unfortunate passing away of the late Police Sergeant Richard Aiti.”

The late Police Sergeant Richard Aiti had served in the Royal Solomon Islands Police Force (RSIPF) for 19 years. He was 49 years old when he passed away.

Commissioner Mangau says, “Seeing the importance of Policing, he aspires to join the RSIPF in which he applied and was directly recruited to Police Field Force on 21 January 2002. He was enlisted into the RSIPF as probationary constable on 25 February 2002 and received his letter of confirmation as police constable on 6 June 2005.”

Upon joining the RSIPF he was first posted to the Police Field Force Department as probationary police constable until was disbanded in 2003. In 2003, Late Staff Sergeant AITI posted to General Duties at Honiara City.

On 11 November 2005 to 27 July 2006, he was acting on Sergeant Position as Delta Team shift supervisor looking after Borderline Police Post. From general duties, late Aiti posted and worked with the Crime Investigation Division within Honiara City. On October 2011, he was confirmed as Police Detective within the RSIPF.

In March 2016, He was posted from Honiara City to Professional Standards & Internal Investigation (PSII) as investigator. Whilst working with PSII he took up higher PSII level 8-Inspector’s responsibilities.

He was then further promoted to Staff Sergeant Position on Staff Officer Roles and responsibilities. However, he did not take-up his post, as he was unable to progress on with his career development as the sickness that affects his performance.

Commissioner Mangau says, “The long illness denied him his long and satisfying career. We valued so much the contributions of the late Staff Sergeant Aiti to the RSIPF and the people of Solomon Islands.  The length of time he served in the RSIPF was highly commendable and honoured by all ranks and files of the RSIPF for unselfishly giving himself to serving the people of this country by enlisting into the RSIPF to protect life and property and to maintain law and order.

“I want to thank the family, relatives and friends and the community of Onelafa and Sinali village, Malaita Province for allowing him to serve in the RSIPF.

“I salute him for his service,” says Commissioner Mangau.