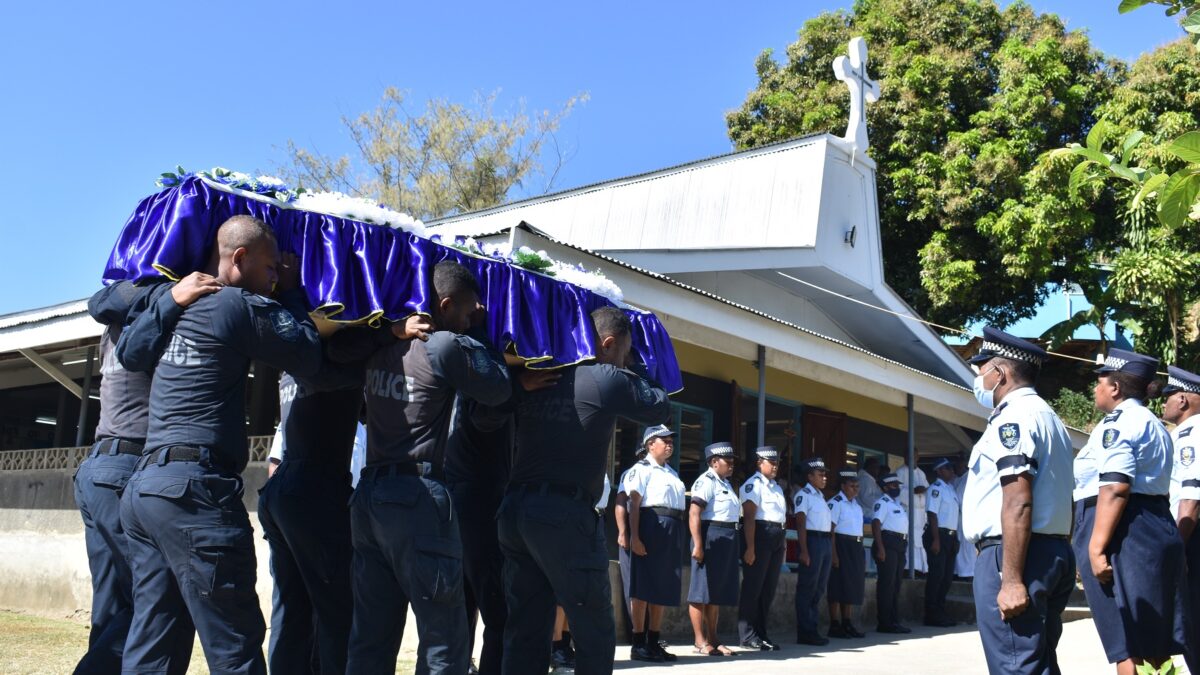 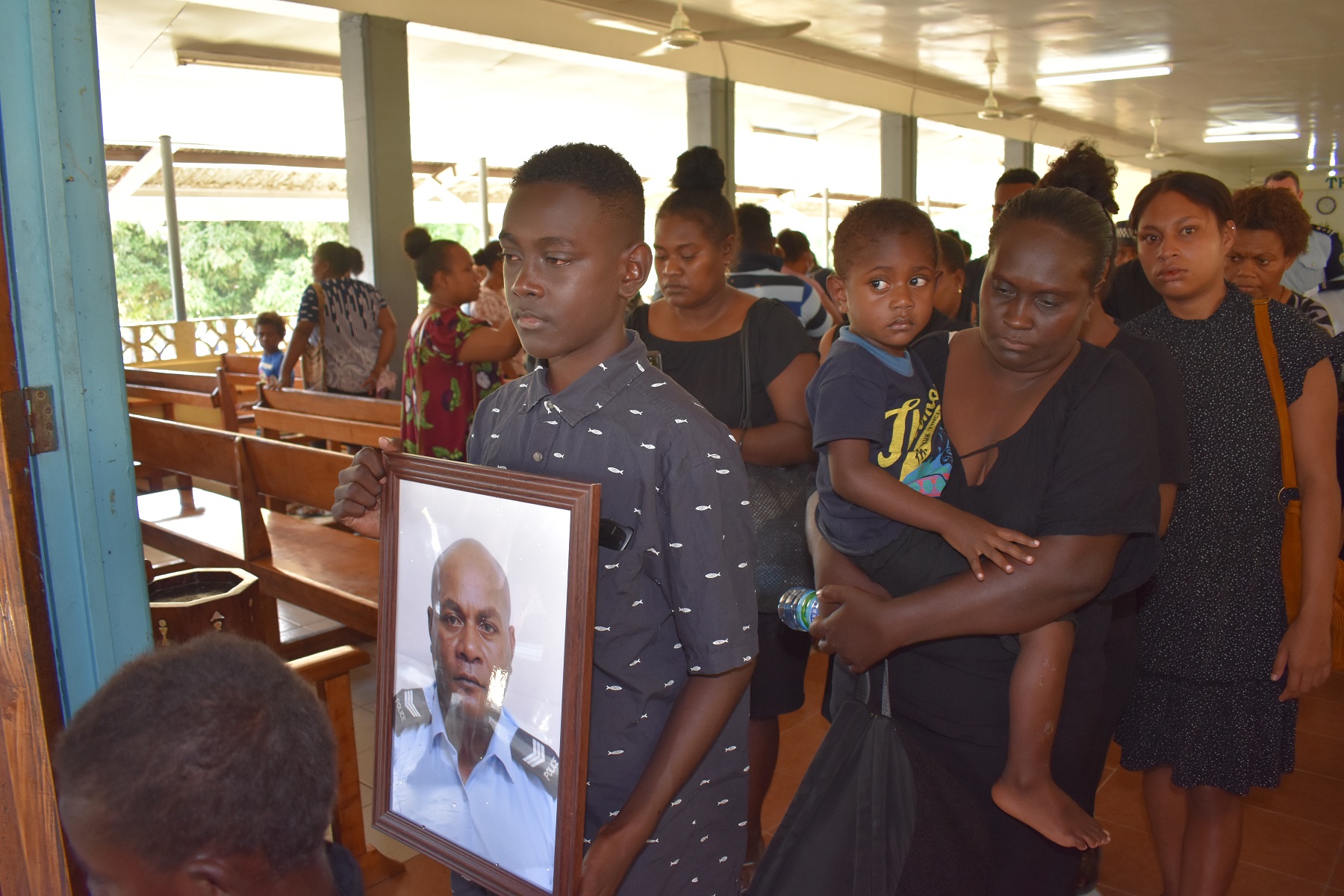 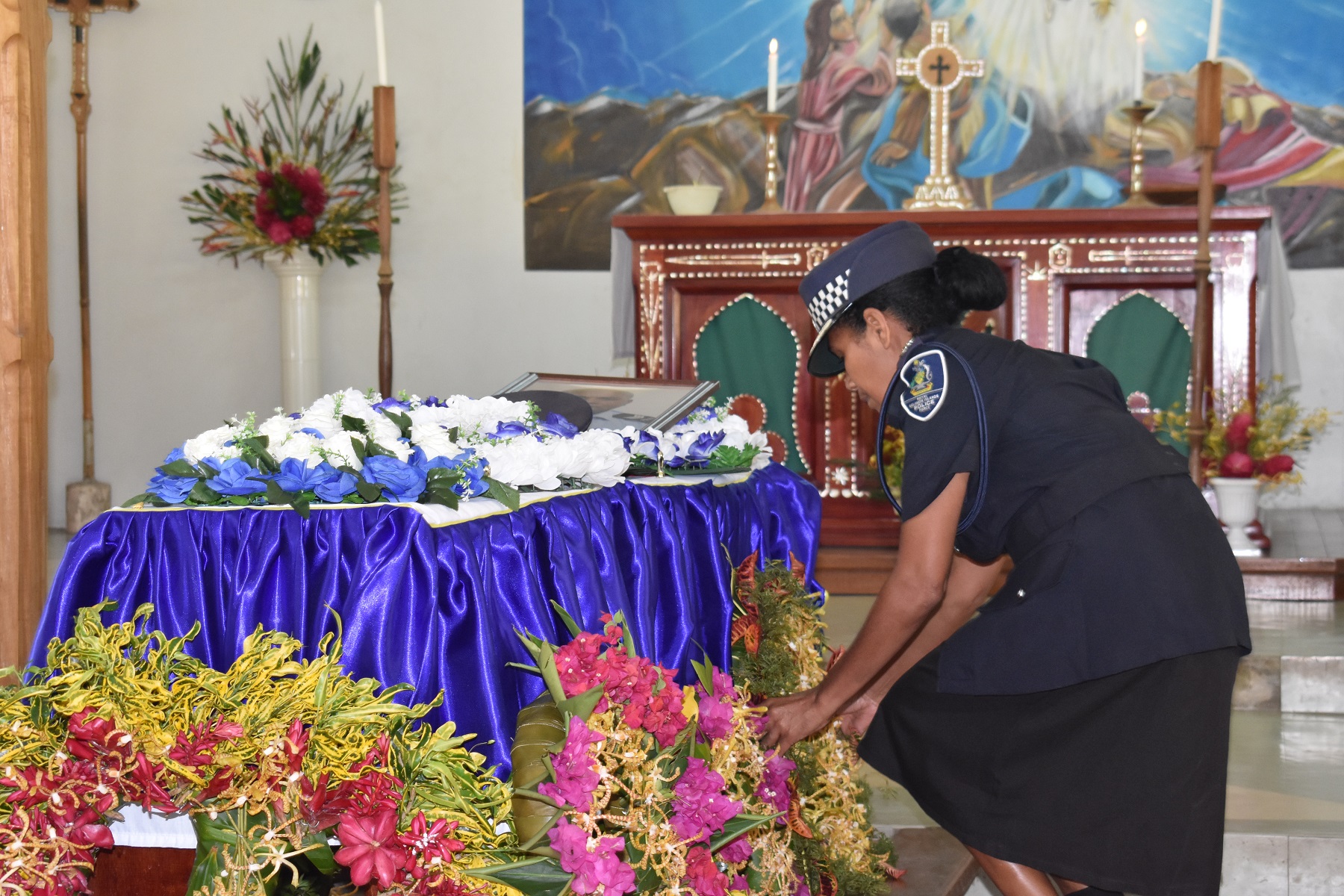 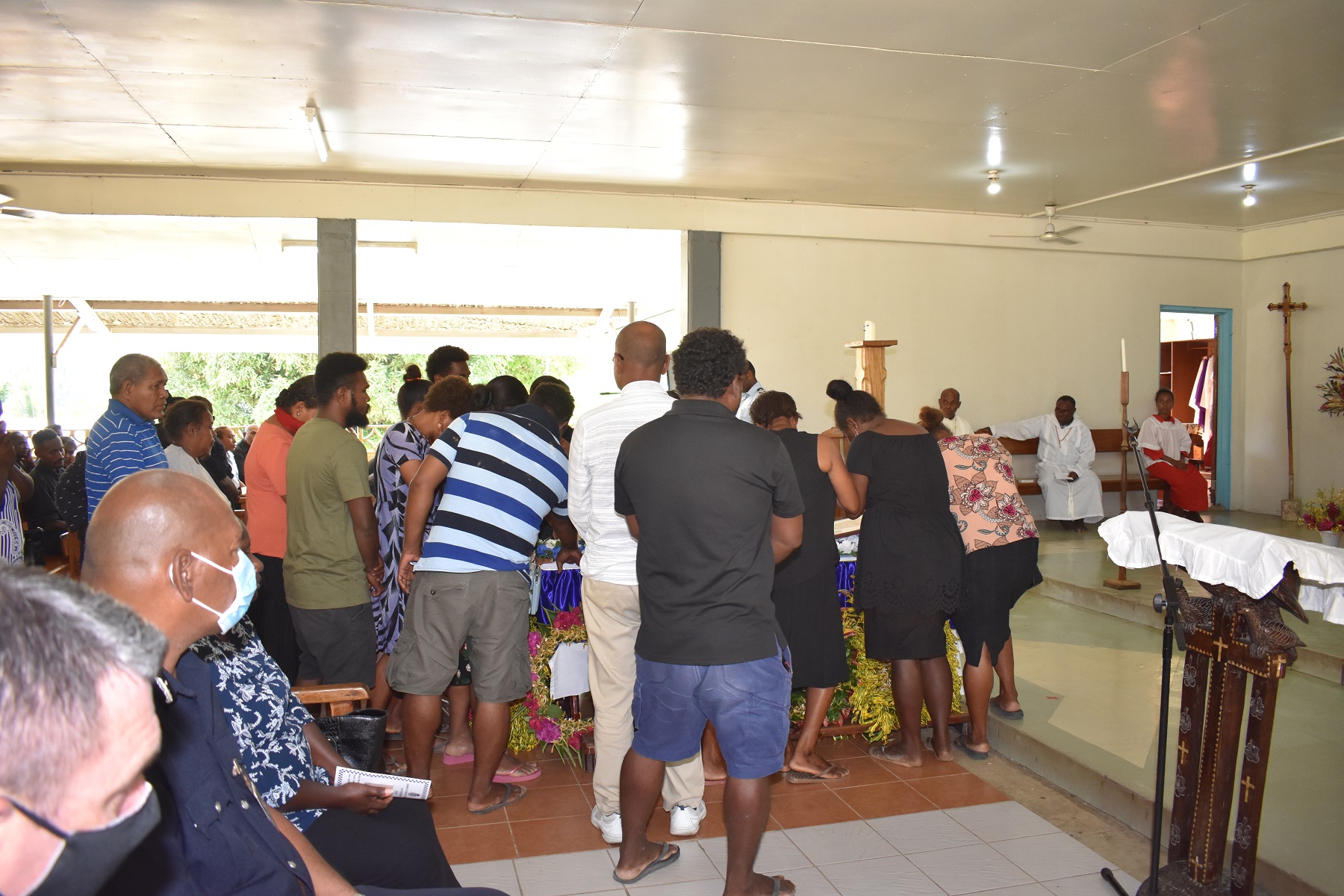 Officers of the Royal Solomon Islands Police Force (RSIPF) in Honiara today (4 July 2022) farewelled their colleague officer the late Police Sergeant (Sgt) Trevor Leo during a Sending out Service at the Vura Parish Anglican Church after he passed away in Western Province on 28 June 2022.

Speaking at the Sending out Service RSIPF Commissioner Mostyn Mangau says, “I am humbled to stand here on behalf of all Ranks and files of the RSIPF throughout Solomon Islands.”

“I am lost for words to describe the sadness that all of us have experienced at the news of the passing away of one of our own.  I would like to inform relatives and friends that we are greatly saddened by the unfortunate passing away of the late Police Sergeant Trevor Leo.”

Commissioner Mangau adds, “Police Sergeant Trevor Leo was born on 6 July 1979 at Lata Hospital, Santa Cruz. As a very energetic young man during his days and seeing the importance of policing, he aspired to join the Royal Solomon Islands Police Force (RSIPF) in which he applied and was enlisted as a Police Recruit on 13 August 2001.”

He had attended various Training courses including, RSIPF Leadership Development Program (LDP) for Non Commission Officer (NCO) in 2015, Traffic Course and Driver Training Course in 2013. With knowledge gained through the training courses and work, experience gave him a step further in his career to receive his promotion to the rank of Police Sergeant on 02 February 2020.

“He had served in Honiara City, VIP Guarding Unit, which is now the Close Personal Protection (CPP), Ringi, Gizo and Noro Police Stations. During his time in each of the Police Stations in Western Province, Police Sgt Leo did quality of work that resulted in recognition awarded with appreciation of good work from Provincial Police Commander (PPC) Western in playing key role that result in successful investigation of Zipolo Habu Resort, Lola Island (which is a $22, 000.00 plus worth of Burglary case), says Commissioner Mangau.

The passing away of late Sgt Leo denied his future and satisfying career.  Let me assure the relatives and friends this morning that the RSIPF salutes him and will continue to remember the legacy he has left behind, his positive contributions to the (RSIPF) to provide leadership in the field of policing.

Commissioner says, “We valued so much the contributions of the late Sgt Leo to the RSIPF and the people of Solomon Islands.  The length of time he served in the RSIPF was highly commendable and honored by all ranks and file of the RSIPF for unselfishly giving himself to serving the people of this country by enlisting into the RSIPF to protect life and property and to maintain law and order.”

It is sad to note that his untimely passing away caught him quickly and took his life. His passing away is not only a loss to you, the wife and children, mother, relatives and communities of Uta village, Santa Cruz, and Isabel, but also a great loss to RSIPF.

Let me thank the immediate family, relatives and friends and the community of Uta village, Santa Cruz and Isabel in which the Late Sergeant was a member, for allowing him to serve in the RSIPF.

“I salute him for his service,” says Commissioner Mangau.