Officers of the Royal Solomon Islands Police Force (RSIPF) in Honiara today (18 May 2021) farewelled their colleague officer the late Police Constable (PC) Elizabeth Kala Auna during a funeral service at the Saint Barnabas Cathedral after she passed away on 14 May 2020.

Speaking at the funeral service RSIPF Commissioner Mostyn Mangau says, “I am humbled to stand here on behalf of all ranks and files of the RSIPF throughout Solomon Islands.”

“I am lost for words to describe the sadness that all of us have experienced at the news about the passing away of one of our own.  I would like to inform relatives and friends that we are greatly saddened at the unfortunate passing away of the late Police Constable  Auna.”

The late constable Auna had served in the Royal Solomon Islands Police Force (RSIPF) for 11 years. She was 32 years old when she passed away.

Commissioner Mangau adds, “As a very energetic young lady during and after her schooling days she saw the importance of policing which inspired her to join the RSIPF as a recruit on 16 August 2010.”

“Upon joining the RSIPF she was first posted to the Honiara City Central Police Station on a two-year probation where she worked in General Duties, Community Policing, the Liquor Squad and other departments within Honiara City police.”

PC Auna was confirmed by the Commissioner of Police on 30 July 2012 as a permanent member of the RSIPF.

On 14 March 2016 she was awarded a Certificate of Appreciation along with other officers by the Provincial Police Commander (PPC) Honiara City for outstanding work performance during the 2016 Telekom S-League.

In June 2016 PC Auna attended a Basic Intelligence Course conducted by the Police academy and on 14 July 2016, she was transferred from Honiara City to the National Intelligence Department (NID) as an Intel field officer.

During her time at the NID, PC Auna held several supervisory positions and attended several Intelligence training courses both locally and online.

Commissioner Mangau says, “The passing away of late PC Auna denied her long and satisfying career.  Let me assure the relatives and friends this afternoon that the RSIPF salute her and will continue to remember the legacy she has left behind, her positive contributions to the RSIPF to provide leadership in the National Intelligence Department in Honiara where she had served and spent most of her time in Policing.”

“We valued so much her contributions to the RSIPF and the people of Solomon Islands.  The length of time she served in the RSIPF was highly commendable and honoured by all ranks and files of the RSIPF for unselfishly serving the people of this country by enlisting into the RSIPF to protect life and property and to maintain law and order.”

Commissioner Mangau says, “It is sad to note that her untimely passing away caught her quickly and took her life. Her passing away is not only a loss to the husband, relatives and communities of Tawatana/Heuru village, in Makira, but also a great loss to the RSIPF.”

“I want to thank the family, relatives and friends and the community of Tawatana/Heuru village for allowing her to serve in the RSIPF.

“I salute her for her service,” says Commissioner Mangau. 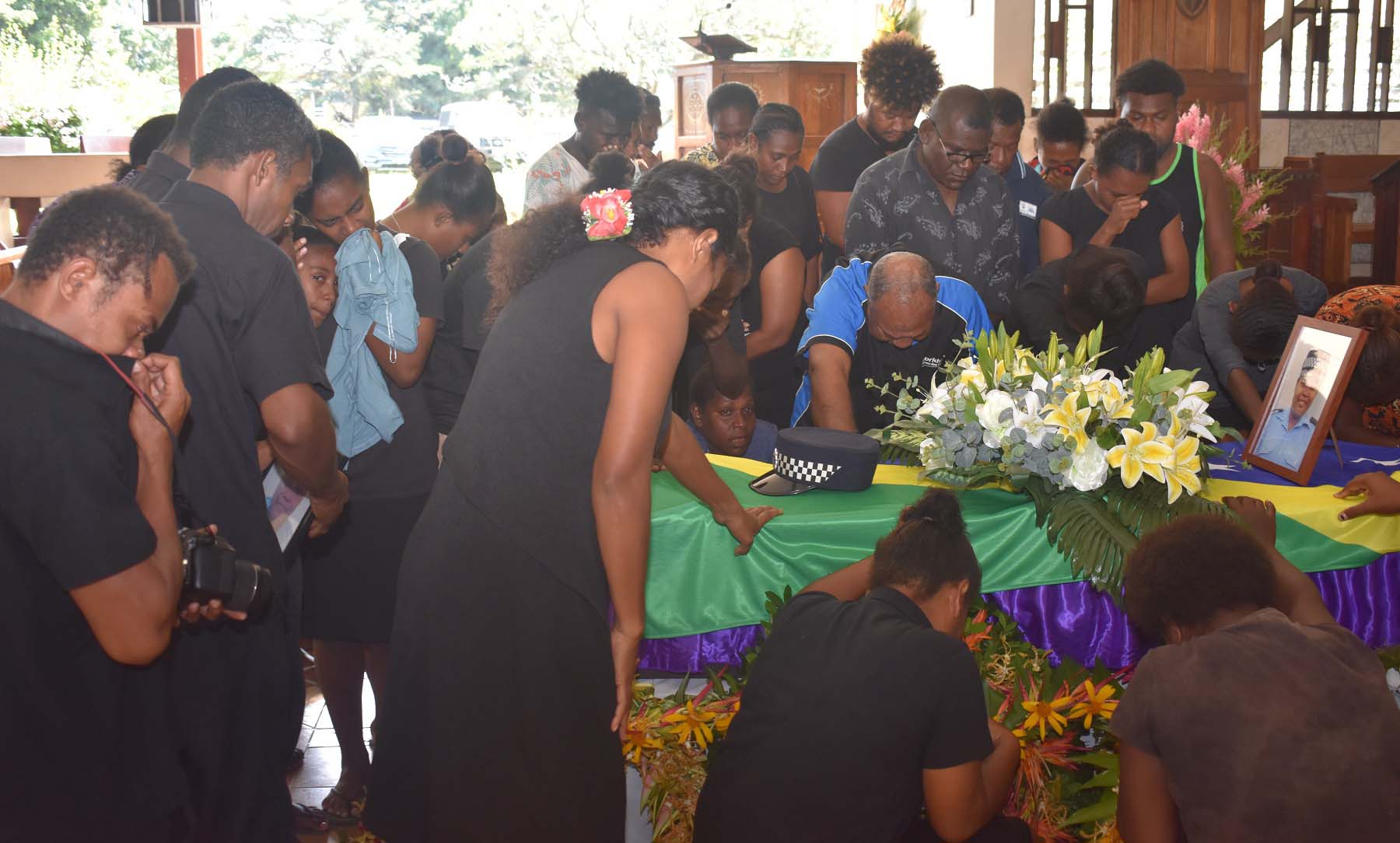 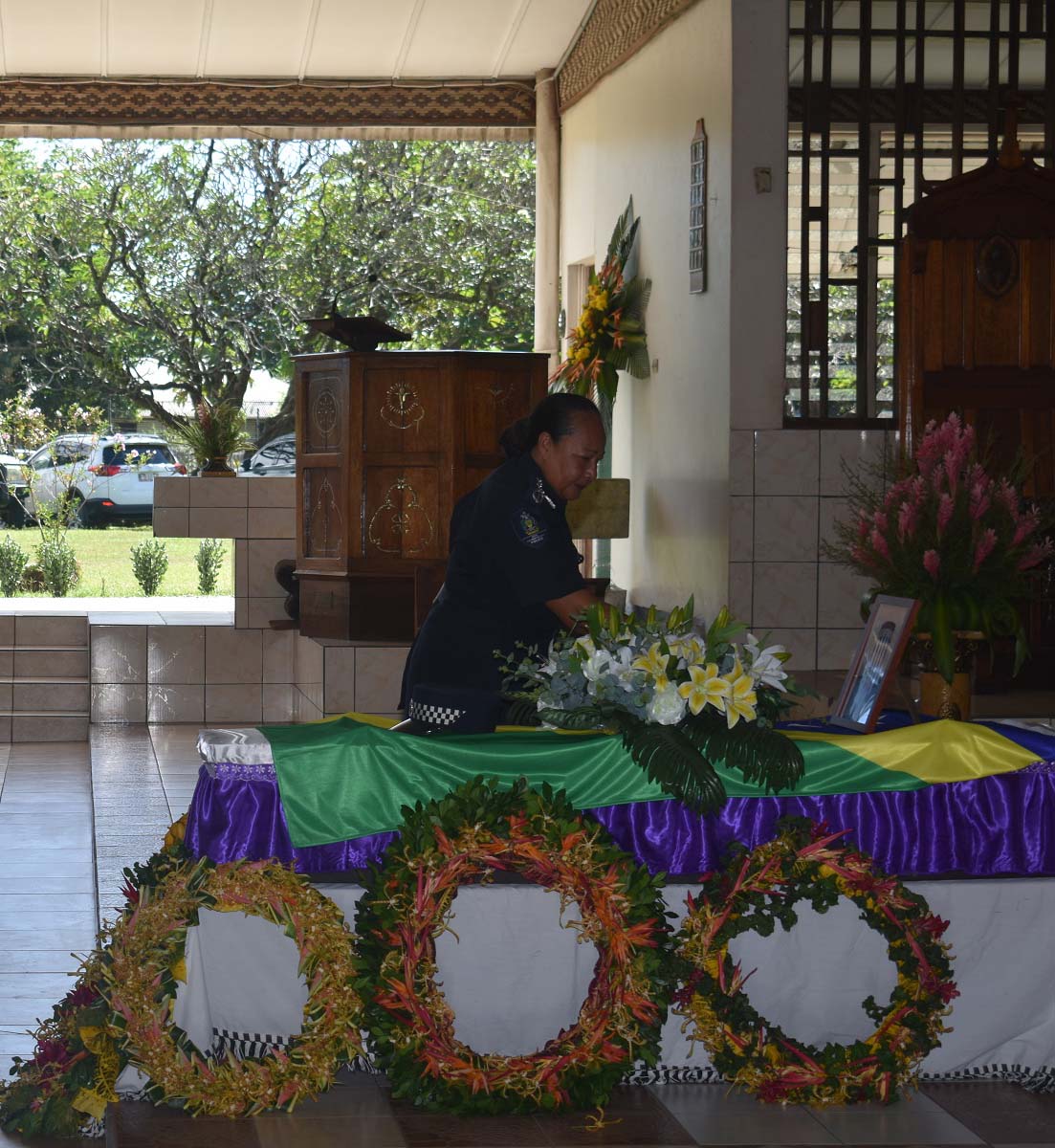 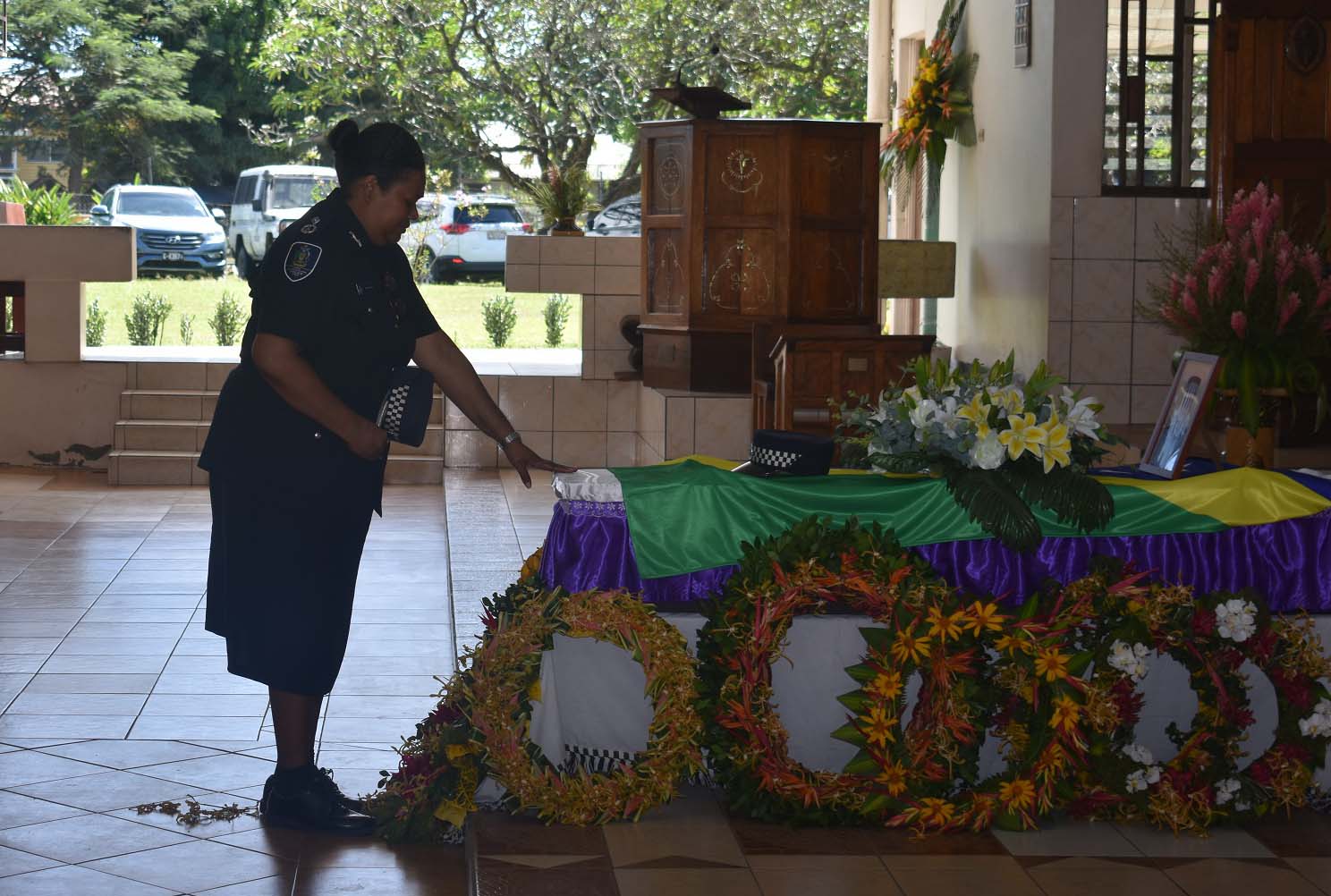 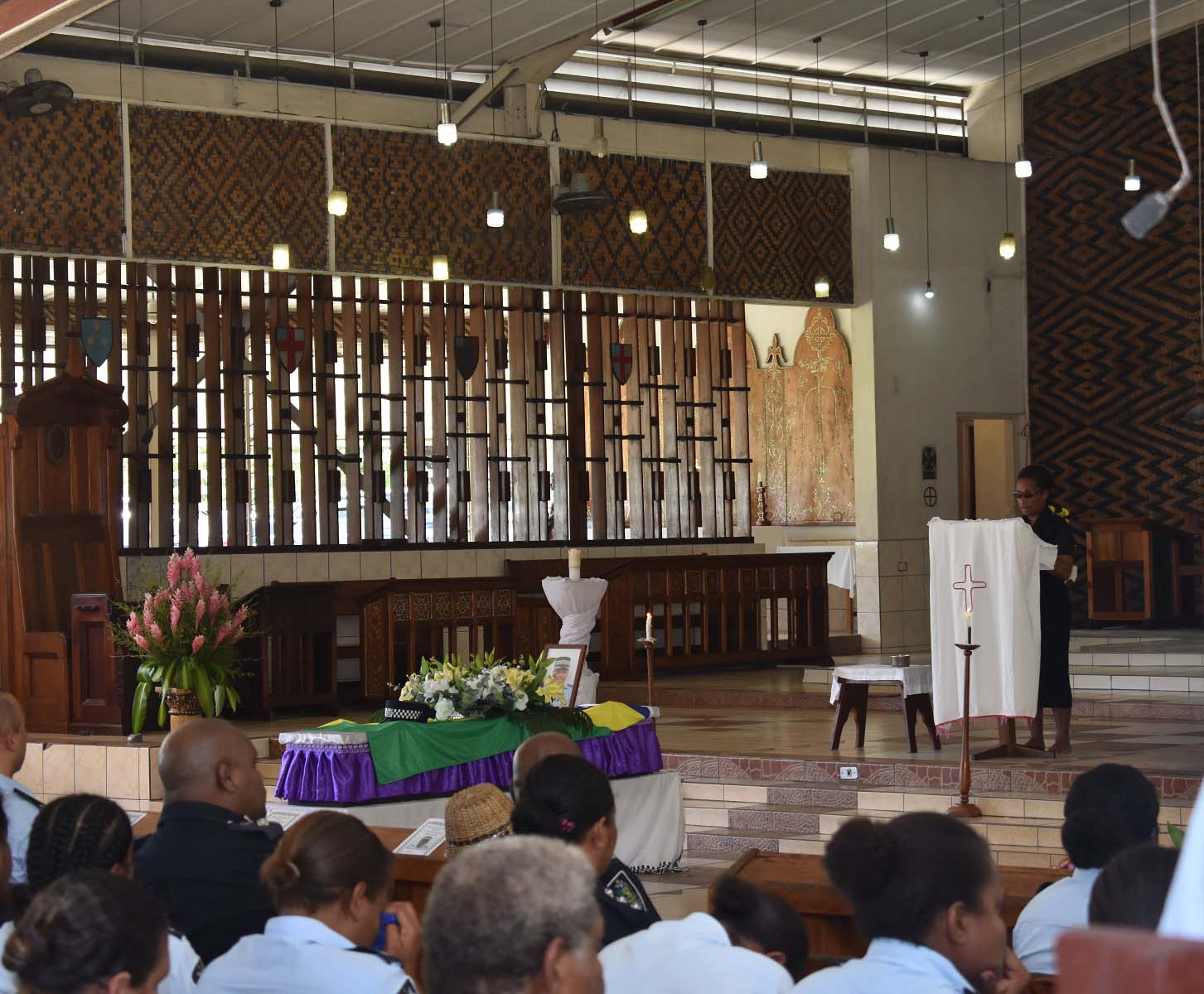