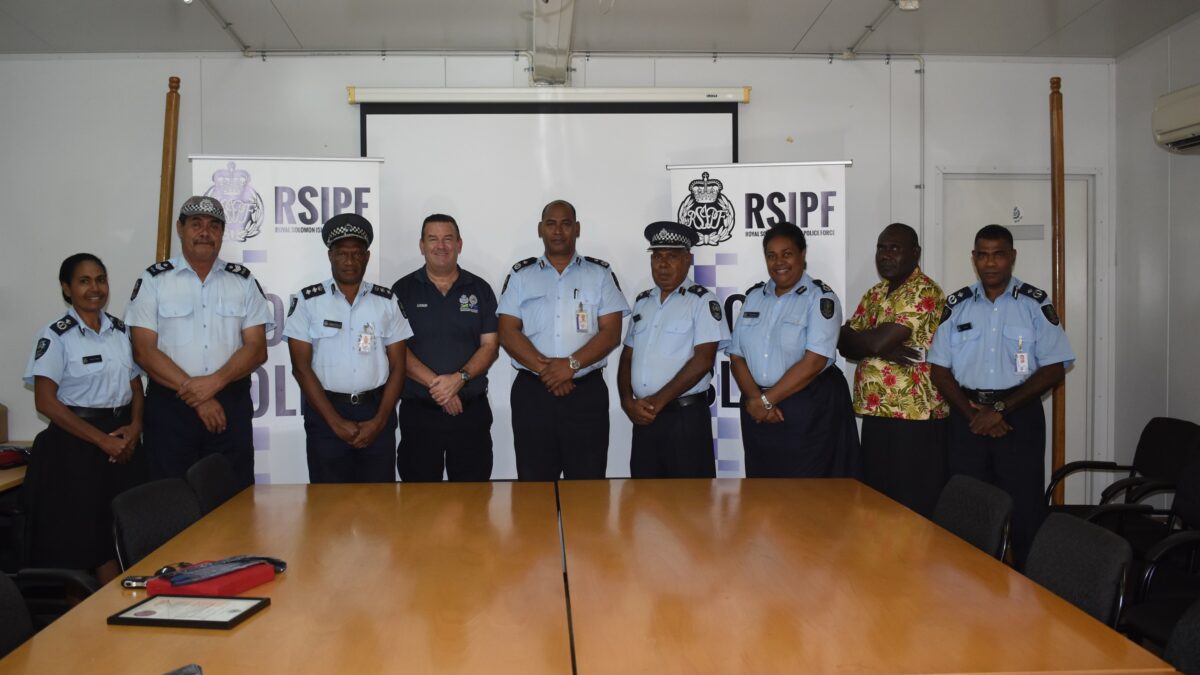 The RSIPF Executives and the retirees pose after the ceremony 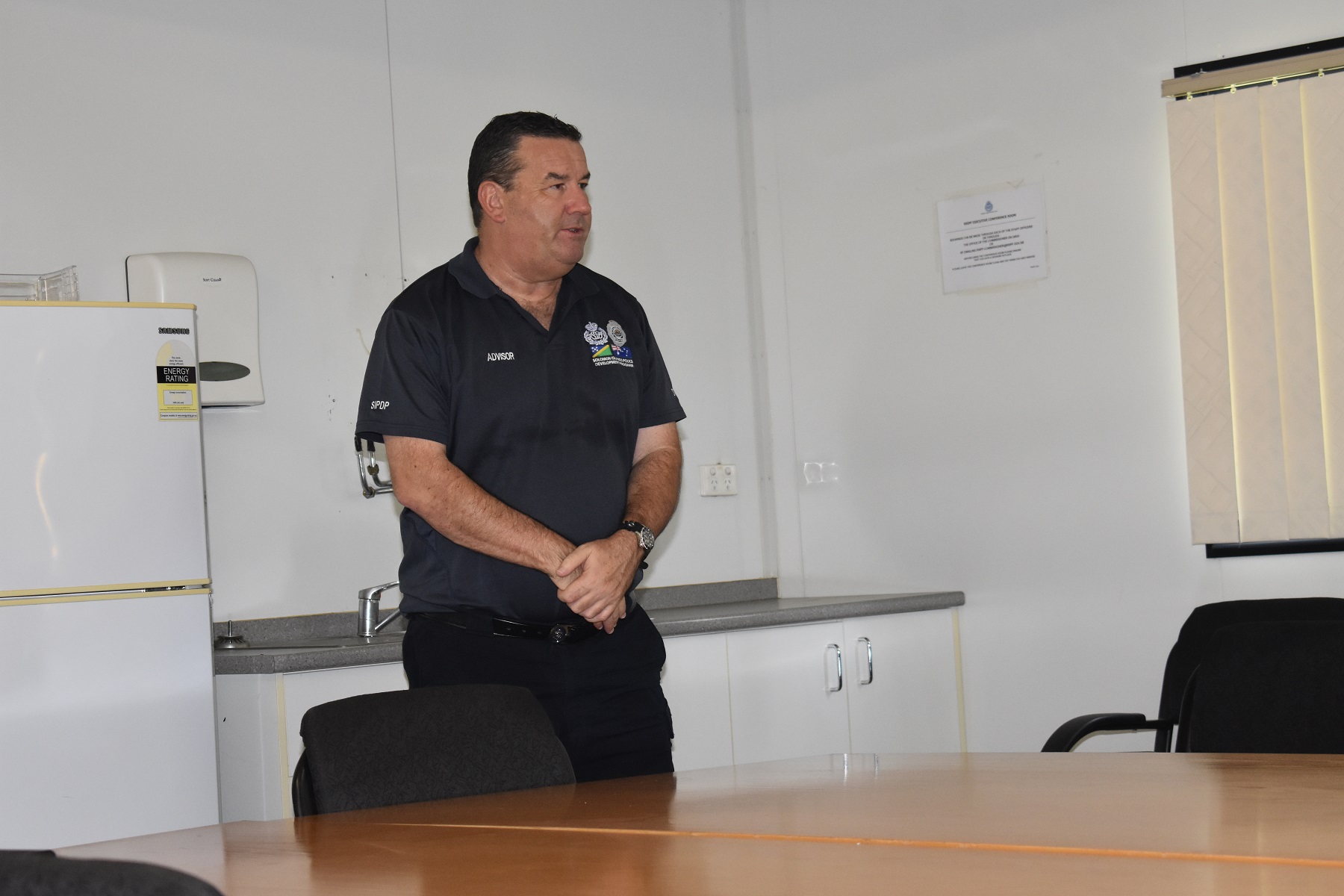 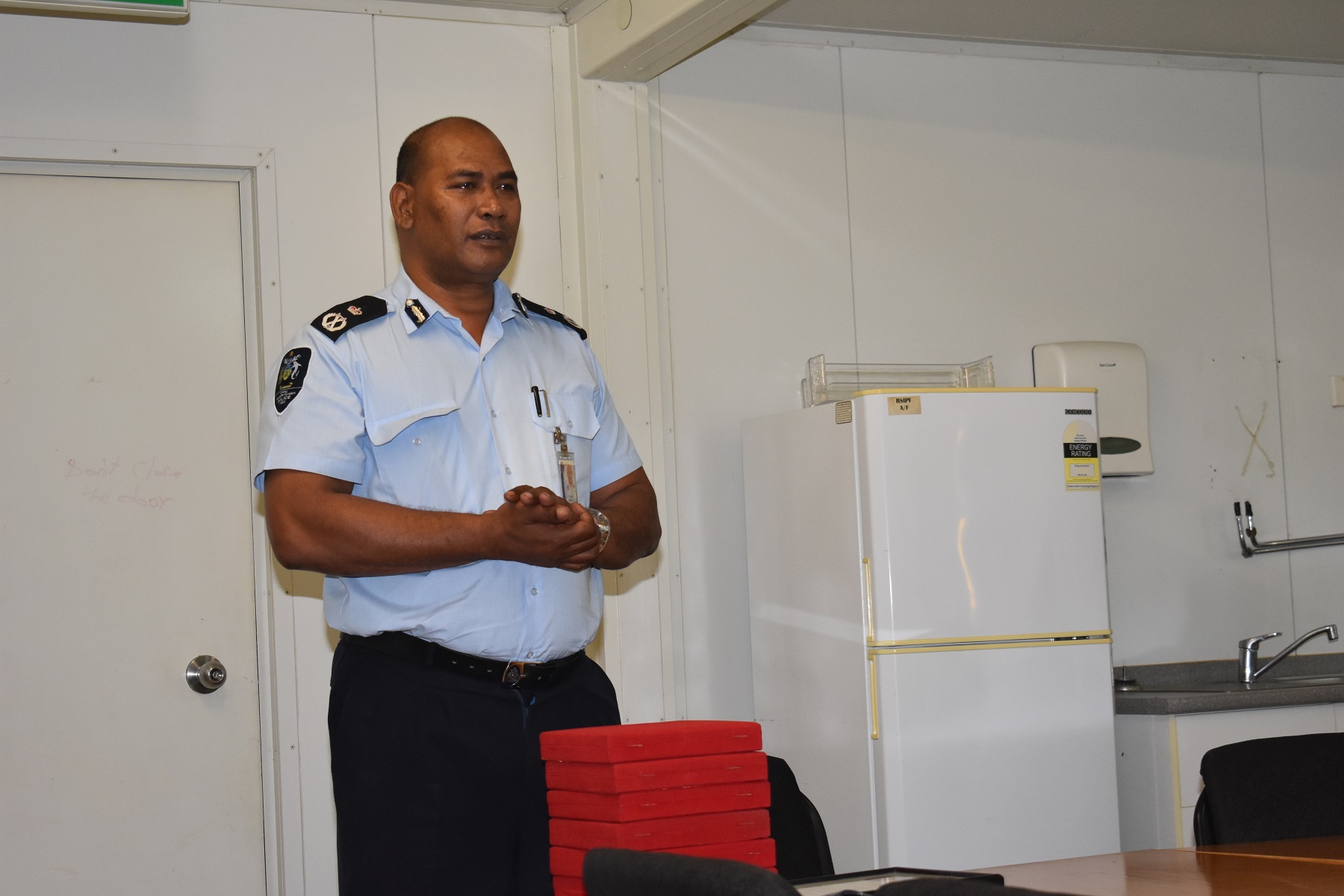 The Royal Solomon Island Police Force (RSIPF) has farewelled seven officers who have retired from the police during a ceremony held at Rove Police Headquarters in Honiara on 19 November 2021.

The seven officers include two officers from the Province and five officers serving in Honiara.

Commissioner of the RSIPF Mostyn Mangau says, “It is a great honour for the RSIPF Executive to come out and wish and farewell our retired officers all the best for the next chapter in their lives.”

“Today we are recognising a group of RSIPF officers who have served the police with long standing distinction and pride over many years throughout the course of their careers.”

Commissioner Mangau says, “When you look back at the history of this organisation it is built on the hard work, determination and the courage of officers like those who are retiring today. On behalf of your RSIPF colleagues here during this ceremony, your colleagues across the country, and the grateful people of Solomon Islands, we congratulate you, salute you for your service and we say thank you.”

A representative of the retired officers Chief Superintendent Richard Menapi says, “We are happy that we have received our retirement. Though we have retired from the organisation, we will continue supporting the RSIPF.”

Mr Menapi says, “We are now part of the outside community and we will work together with members of our community to ensure we have peace in our country.”

The officers have been presented with retirement certificates and plaques in commemoration of their service to the police and the people of Solomon Islands.