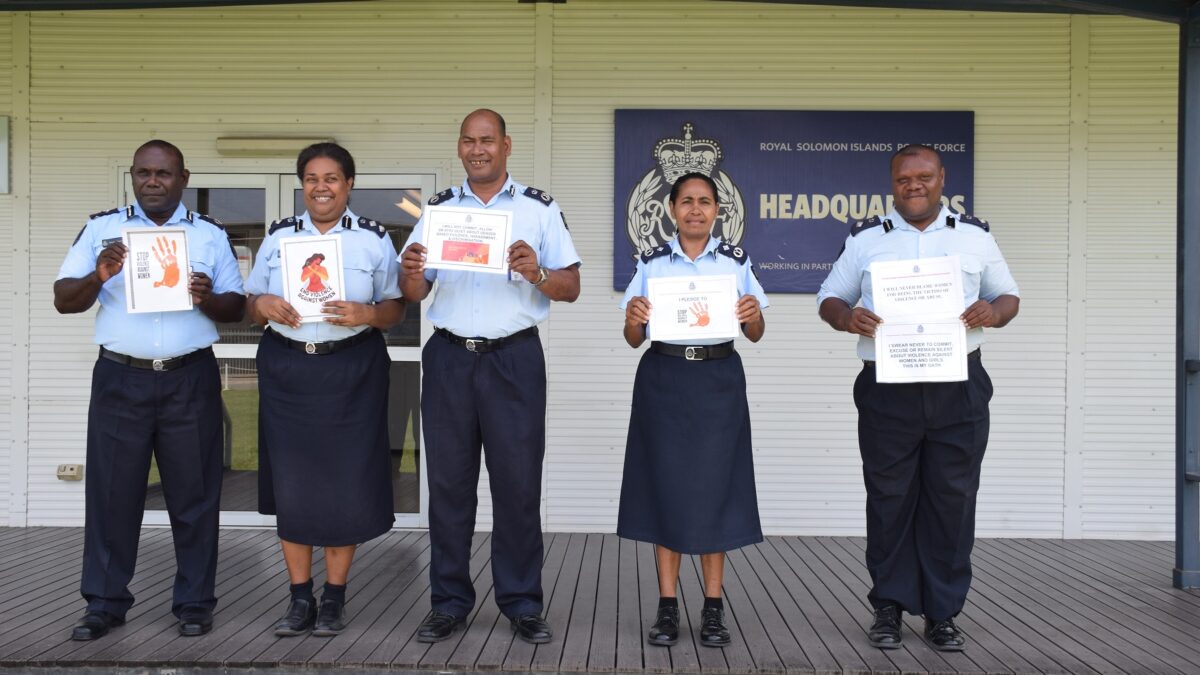 “Rape and sexual abuse is a serious crime punishable by law. Nobody ever ask or deserves to be raped or sexually abused. Men, woman, boys and girls we must respect each other.”

The Royal Solomon Islands Police Force (RSIPF) Executive has joined the 16 Days of Activism to battle Gender Based Violence (GBV) in the country as from 25 November 2020.

RSIPF Commissioner Mostyn Mangau explains, “Domestic violence is a crime. If you are experiencing violence, remember it is not your fault. Everyone has a right to be safe at anywhere. Sometimes violence happen in our homes or within our families and woman and girls may stuck in the house due to the effect of the violence.”

Commissioner Mangau adds, “Royal Solomon Island Police Force Executive focus this year is based on, challenge and denounce Cultural practices that perpetuate Gender Base Violence, Support GBV victims by ensuring our police force is taking the necessary action to protect victims and survivors, deal with respondent and offenders ordering to legislation and including the family protection Act 2014, Commissioner’s order, and the value of our organisation.

“During the 16 Days of Activism, the RSIPF National Crime Prevention Department in Honiara and the crime prevention officers in the provincial centres will conduct awareness about GBV and the Family Protection Act in our communities,” says Commissioner Mangau.