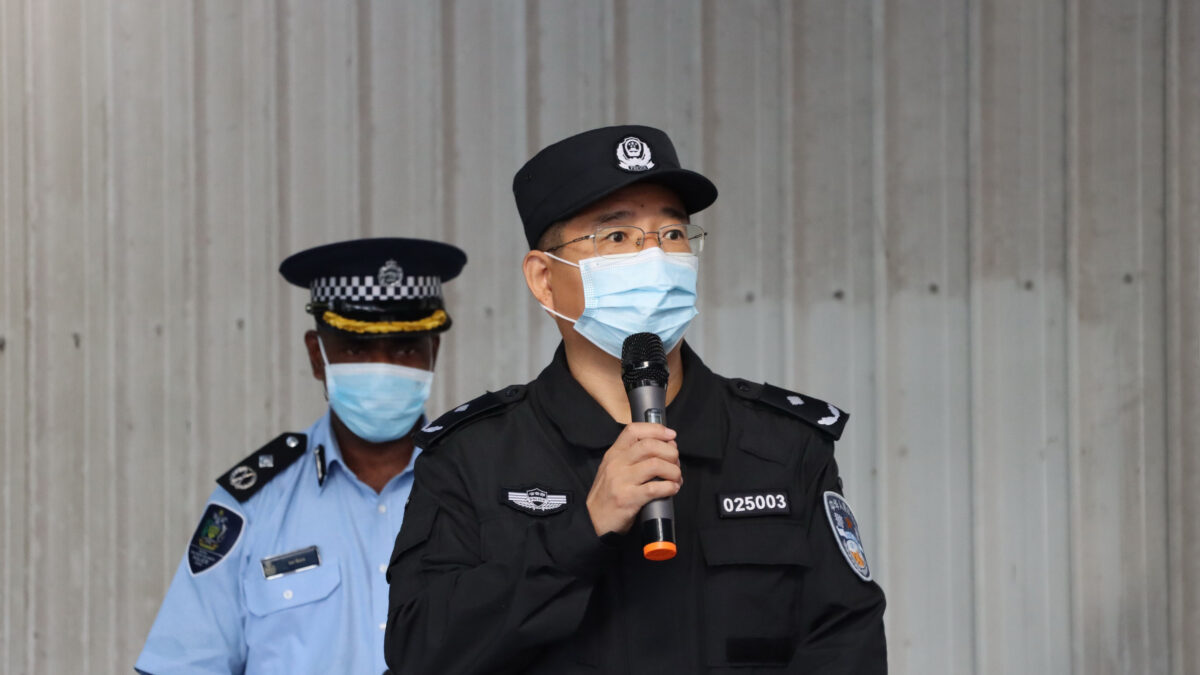 Official opening of the second group was held at Rove Police Headquarters yesterday (23 May 2022). This training will last for two weeks and all the 16 officers from CPP Unit and Police Band will receive CPP related training. 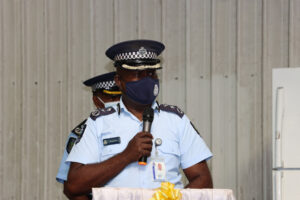 DC Vaevaso speaking during the opening ceremony at Rove Headquarters

Deputy Commissioner (DC) National Security and Operation Support (NSOS) Mr. Ian Vaevaso said, “With this training, I believe it will put you in a position and capacity to be able to provide better protection for our Very Important People (VIPs), especially in proactively and effectively confronting the threats and harms associated with your duties and official functions.”

DC Vaevaso said in his opening speech that since the bilateral relationship between Ministry of Police, National Security and Correctional Services (MPNSCS) of the Solomon Islands and Ministry of Public Security (MPS) of People’s Republic of China was established, especially after the arrival of China Police Liaison Team led by Commissioner Mr. Zhang Guangbao, RSIPF has benefited deeply and extensively from Peoples Republic of China.

“Over the past months, CPLT have handed over the assisting police equipment and Rapid Antigen Test (RAT) in a timely manner and have actively implemented the assisting projects.”

“RSIPF must step ahead of these security challenges and criminal minds. This is why this policing cooperation and the broader security agreement with People’s Republic of China (PRC) is crucial so that we can be able to holistically build the capacity and capability of RSIPF to another level to protect this nation’s development and its sovereignty,” DC Vaevaso adds.

“I encourage you to make use of this opportunity to learn from our partners, China Police Liaison experts and learn as much as possible, the useful and extensive amount of tactical skills and knowledge in this training.”

Commissioner Zhang said that CPP is a very important police operational unit for the safety and security of the VIPs of the Solomon Islands. He believes that through the training and exchange of their technical skills and tactics, operational capability and operation will be much improved.

CPLT will uphold the spirit of “transparency, inclusiveness, professionalism, high-efficiency” for the purpose of friendship and goodwill, support RSIPF to strengthen capacity building and maintain peace and security in the Solomon Islands (SI), promote long and stable bilateral law enforcement cooperation with SI, and make SI truly safe, peaceful and happy isles.