Training continues for the Royal Solomon Islands Police Force (RSIPF) officers that have travelled to Brisbane, Australia. The officers undertake training in new equipment and tactics. In their fourth week they have untaken trainings on.

The RSIPF officers were assessed on their competence to conduct Range Safety Briefings and safely run a firing range as a Range Safety Officer and were deemed competent.

RSIPF members continue to prove themselves as dedicated and committed to their training with Australian Federal Police Operational Safety Trainers, recognising the high level of general handling and tactical skills of the officers on commencing the training.

All officers were seen successful to the point required in the training that proves themselves safe and proficient in the tactics and use of weapons. 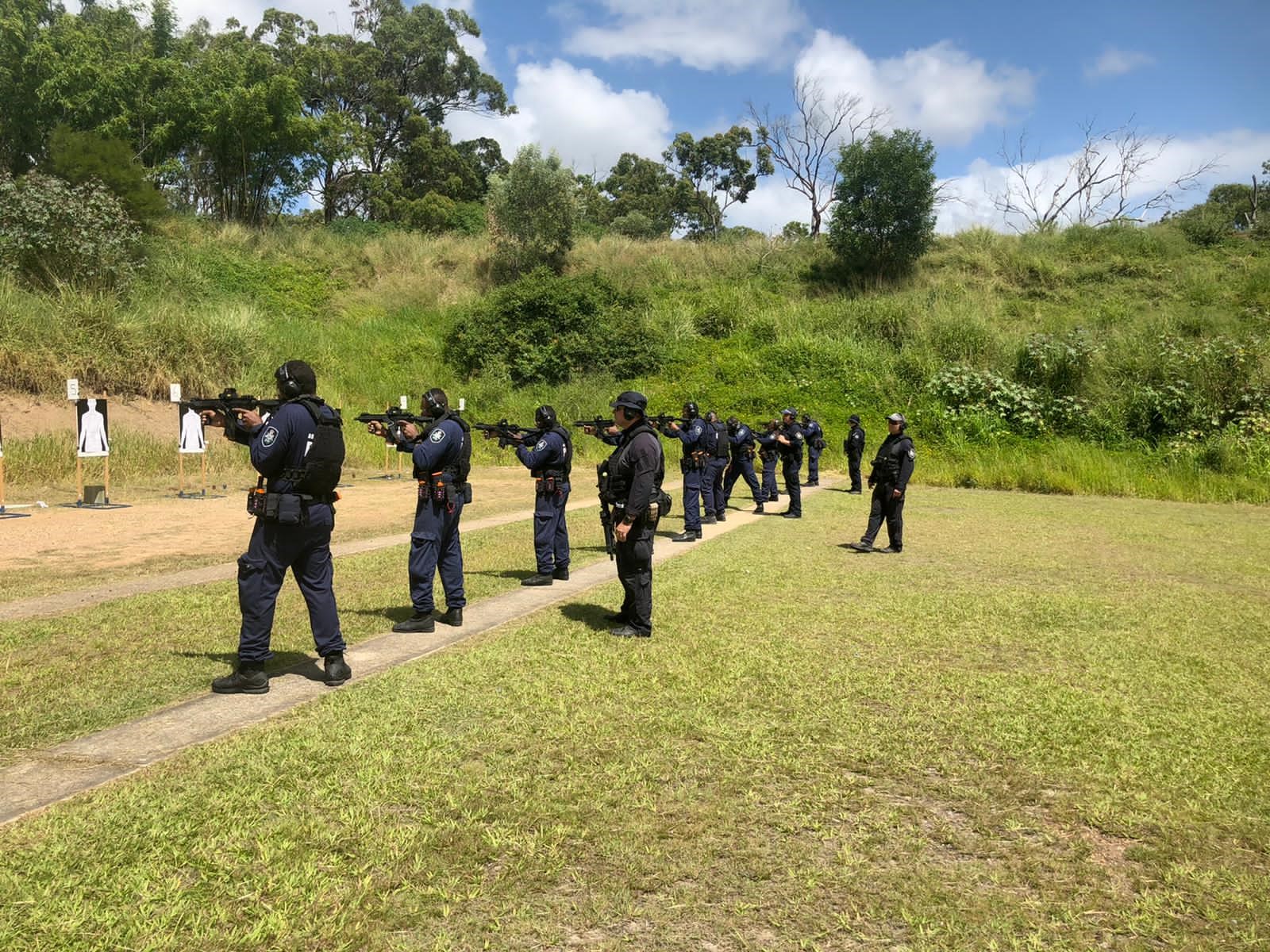 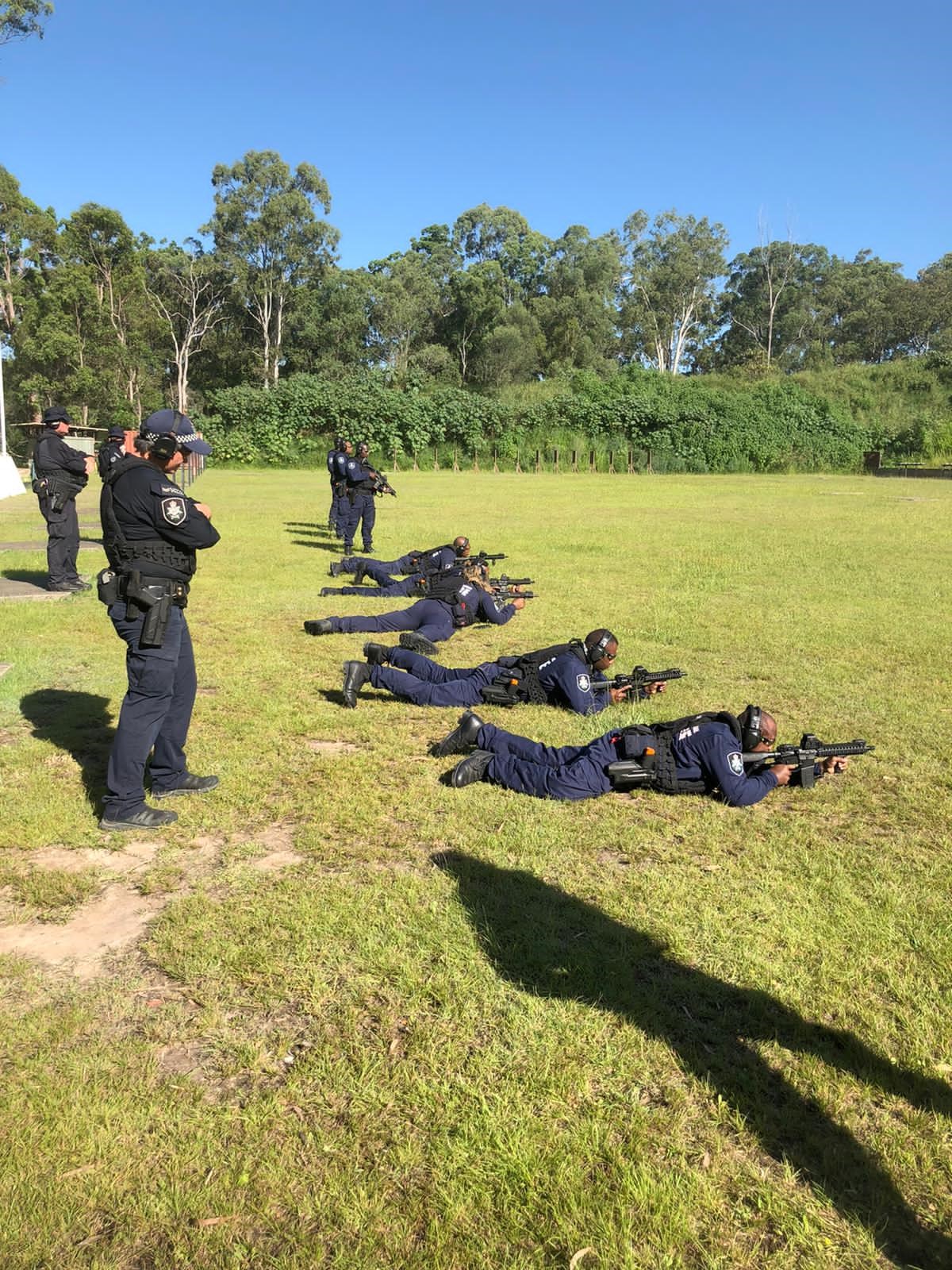 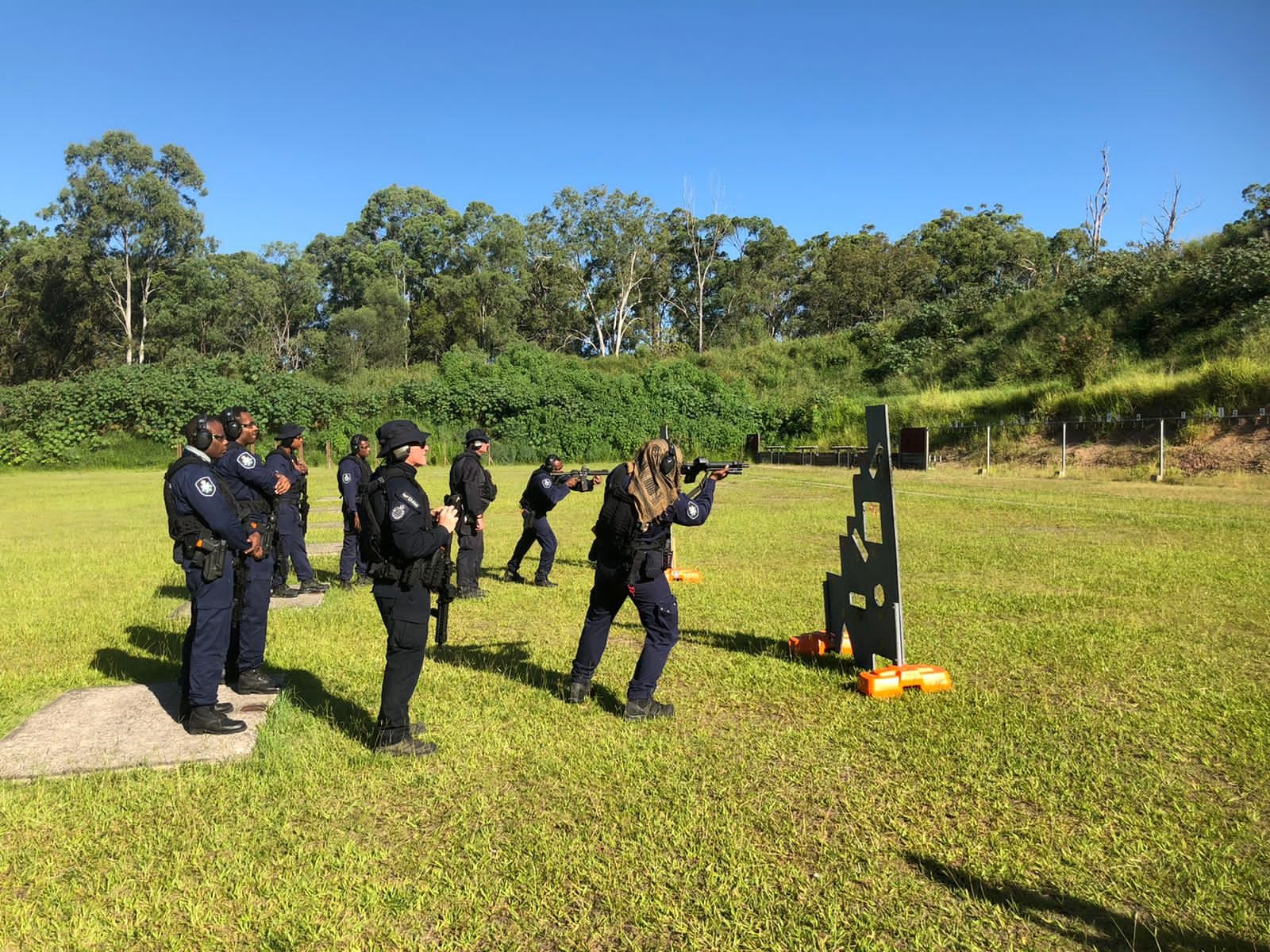