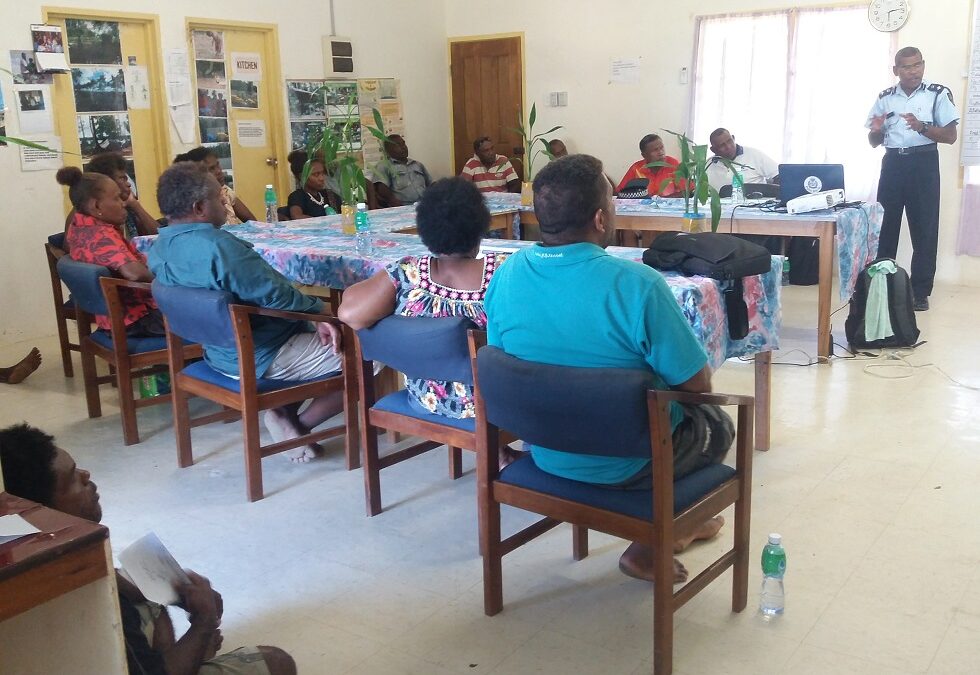 Officers of the Royal Solomon Islands Police Force (RSIPF) at Kira Kira Police Station in Makira-Ulawa Province have successfully conducted one day meeting with ethnic groups in Makira-Ulawa as part of Crime Prevention Strategy on 30 April 2021.

The meeting was initiated by RSIPF in Makira jointly with the leaders of Santa Ana, Santa Catalina and Star Harbor (SSS) and the Makira-Ulawa Provincial Assembly Members for ward 14, 16, and 17.

Provincial Police Commander (PPC) Makira-Ulawa Province Superintendent Peter Sitai says, “The meeting was aim at finding possible ways to address some negative impacts of urbanisation in which some youths from Santa Ana, Santa Catalina and Star Harbour have been involved.”

PPC Sitai says, “The meeting has been fruitful seeing that leaders from the three ethnic groups in the constituency have come together for the first time to plan and identify strategies towards addressing issues affecting their youths living in Kirakira town.”

“During the meeting, many speakers expressed that much adverse effects have been realised in the past to the present days in terms of commission of crimes by some youths from the three constituencies.”

PPC Sitai adds, “I want to remind participants that police in Kira Kira are planning to extend such meeting to other remaining wards in the province in the coming months. I appeal to all people from Santa Ana, Santa Catalina and Star Harbour to support their newly formed peace committees. Crime prevention is matter of working together between the police and communities.”