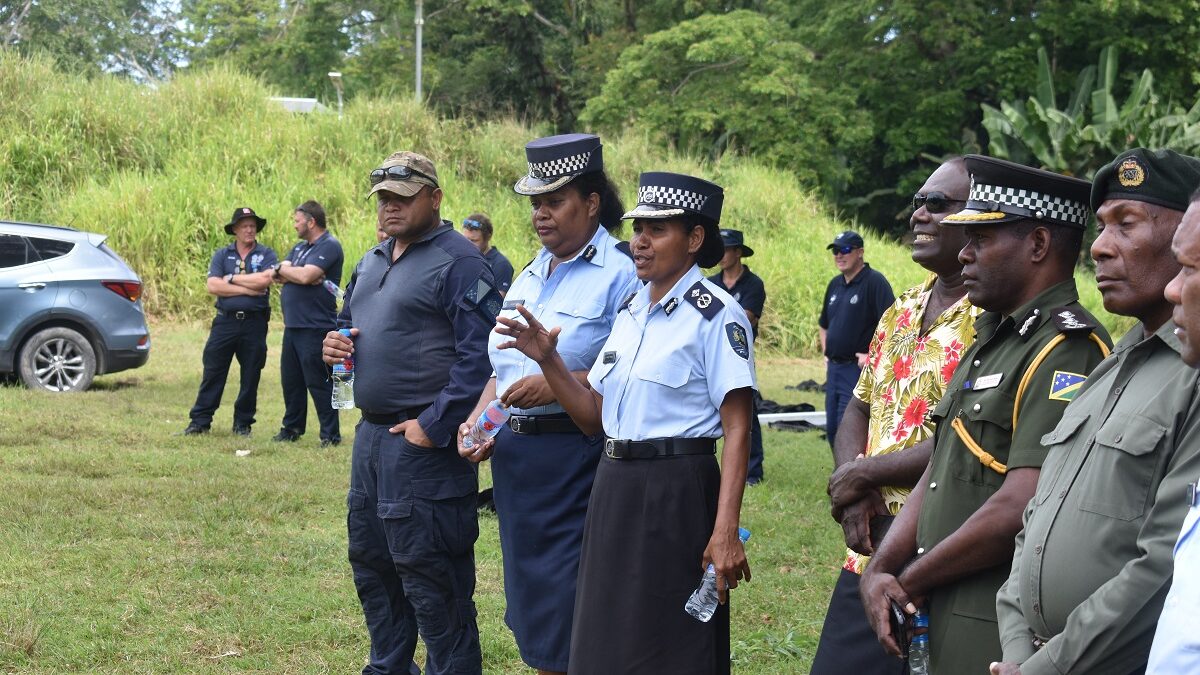 Centre, AC Evelyn Thugea give her remarks after the scenario excercise

The Royal Solomon Islands Police Force (RSIPF) National Response Department and other Police Support Units in Honiara and Guadalcanal as part of its effort in up keeping of its capacity and capability preparedness and readiness, has initiated a Public Order Management combined simulation exercise including the Correction Service of Solomon Islands (CSSI) emergency response group (ERG) at hells point today.

The aimed of the combined realistic based POM simulation exercise is part of the two organisation’s interoperability to enhance cooperation to manage any public disorder situation that might occur in the four corner of the country and how best both can support each agencies.

It is also to enable the two agencies strengthen its command element with the capacity in design any major public order management strategies to manage and restore order in a larger scale operations in dealing with serious civil disorder situation including field execution phases with integrity to preserve peace and maintain stability in our happy isles.

Senior Executive members of both RSIPF and Correctional Service were present to witness the simulation exercise.

Assistant Commissioner National Operation, Evelyn Thugea says, “I am very confident in the level of your presentation during the exercise. This requires your time, effort and dedication to accomplish it. Your hard work has proven in what you displayed in the scenario exercise.”

AC Thugea says, “I would like to acknowledge the presence of CSSI Deputy Commissioner Operations and his Staff to witness this exercise. Also I would like to thank the PRT management team for organising this successful scenario exercise displayed today.”

CSSI Deputy Commissioner (DC) Operations Mr Michael Nangu says, “I am happy to be invited to witness this important event and assure you that CSSI will always render its full support towards any future combined operations.” 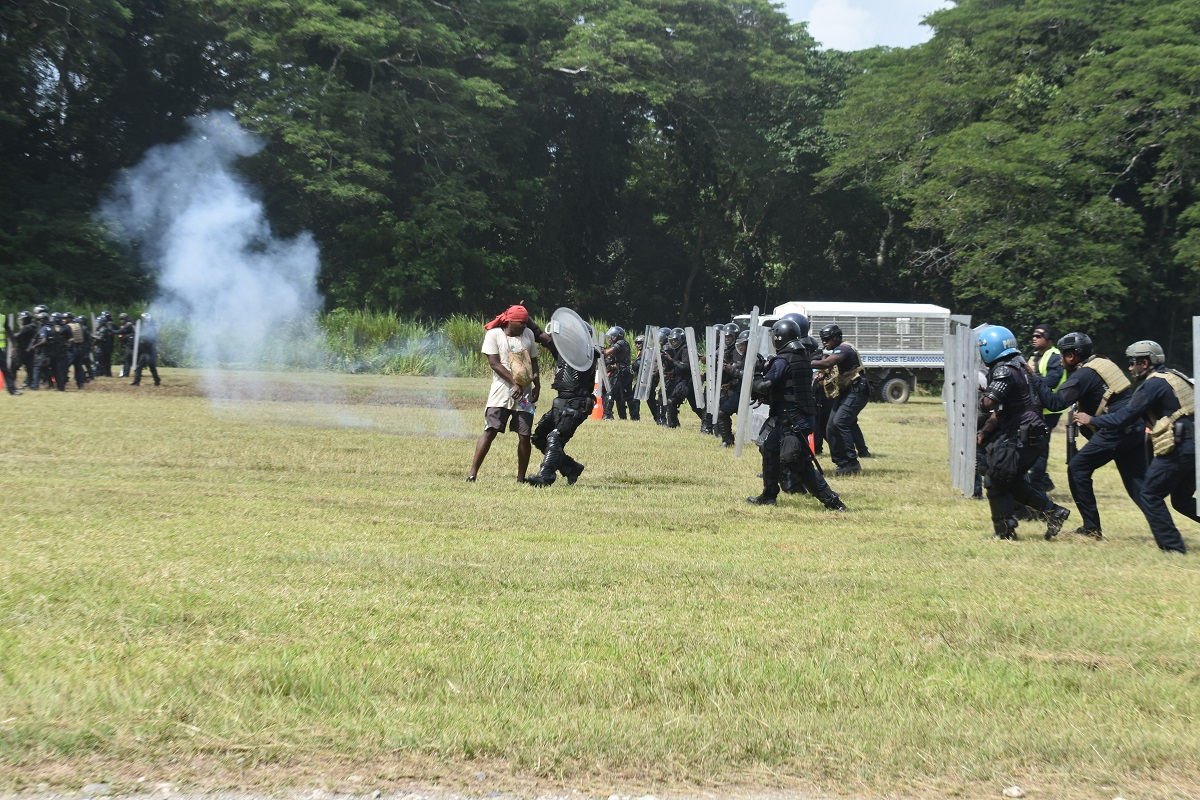 Arrest done during the scenario exercise 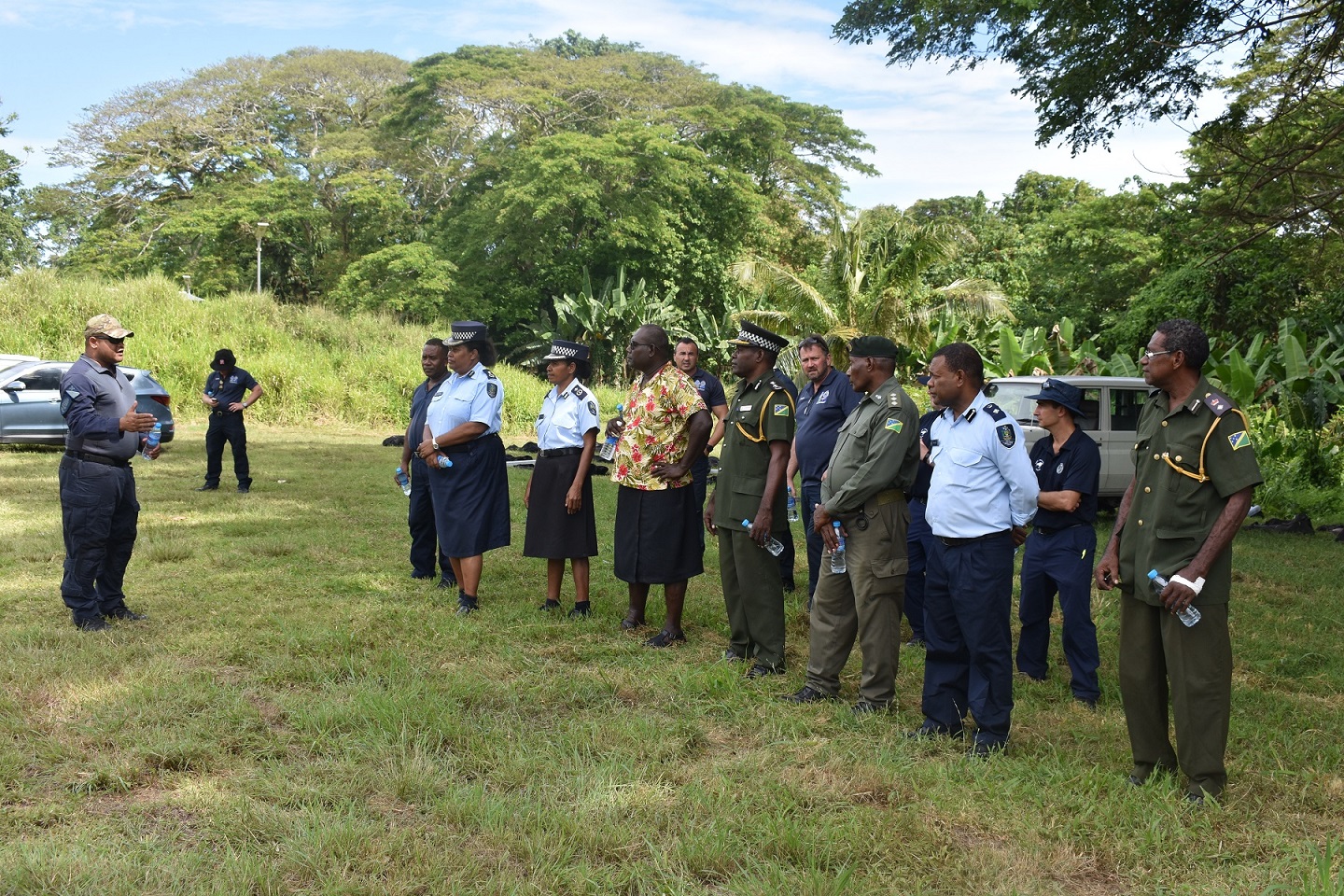 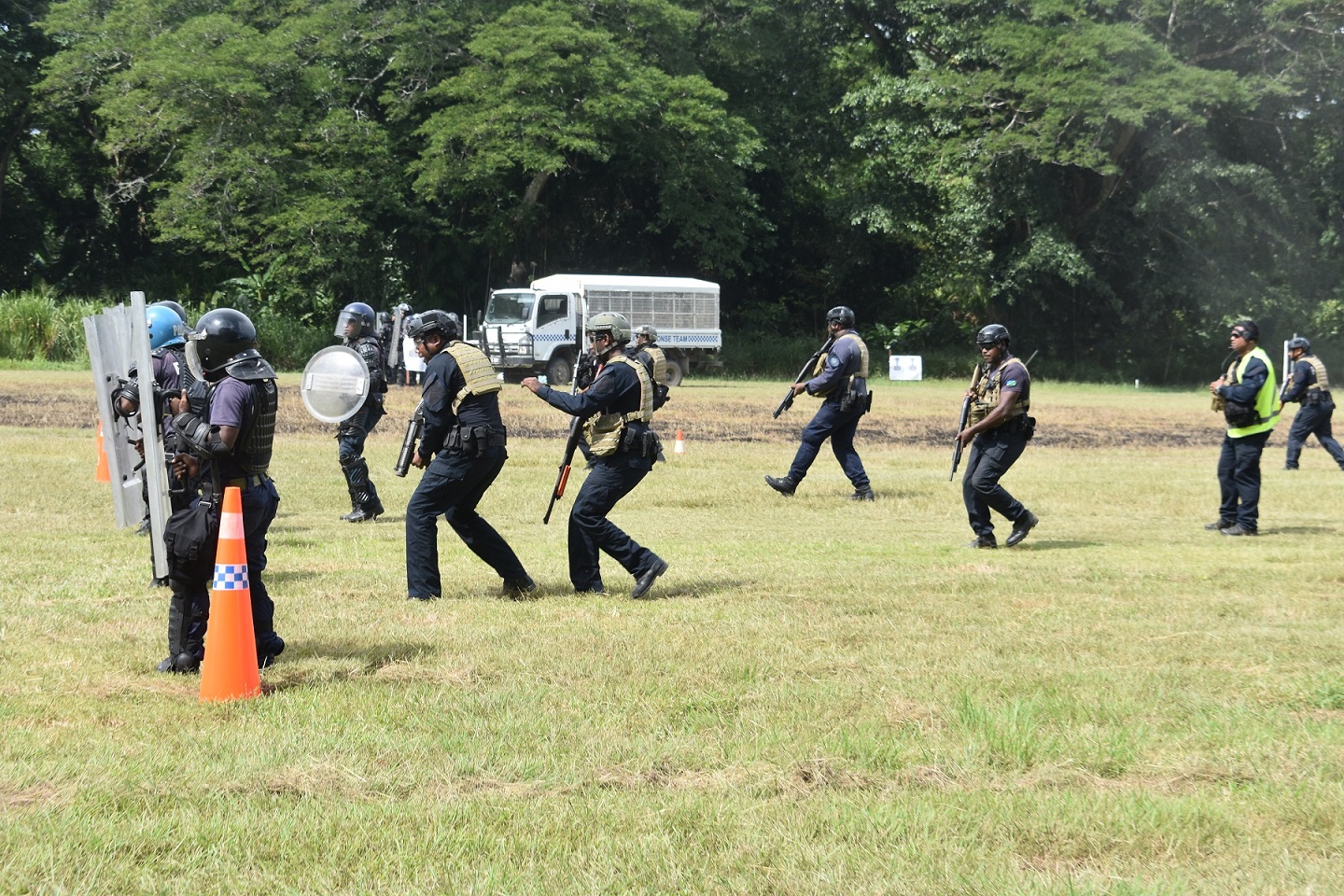 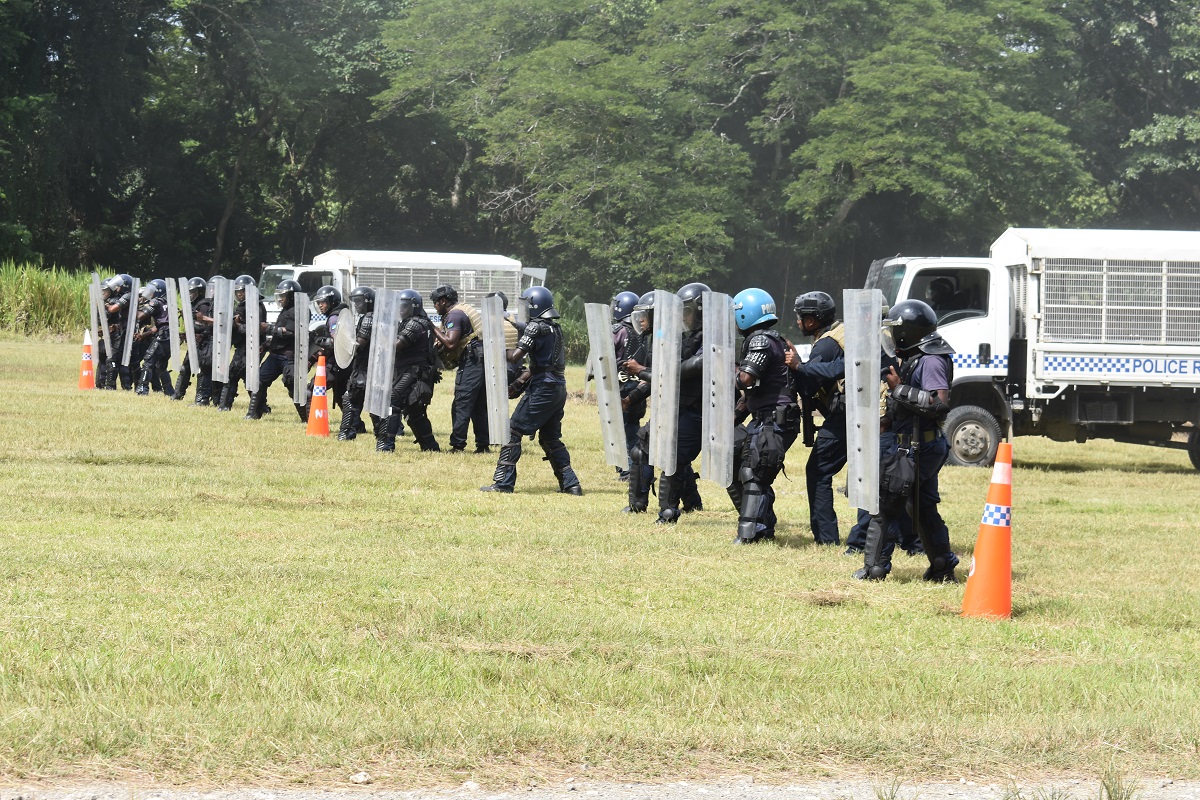 Operators ready to advance to the rioters 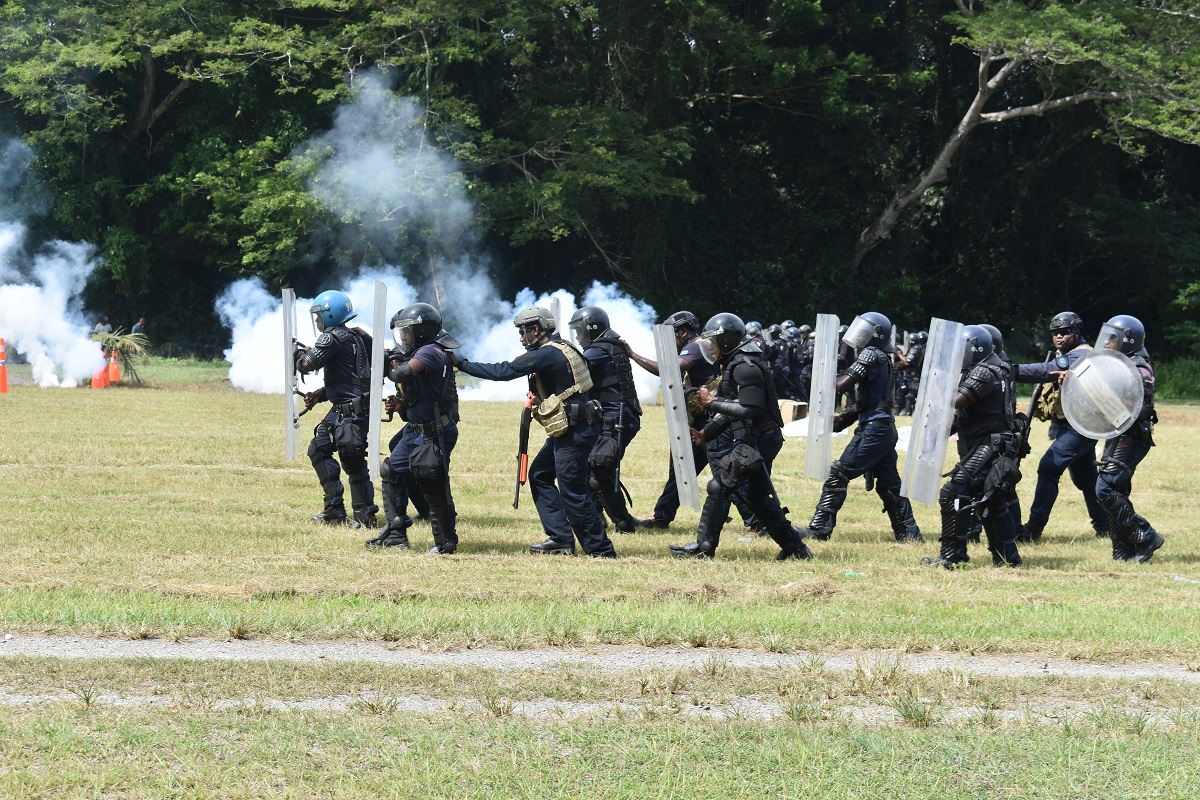 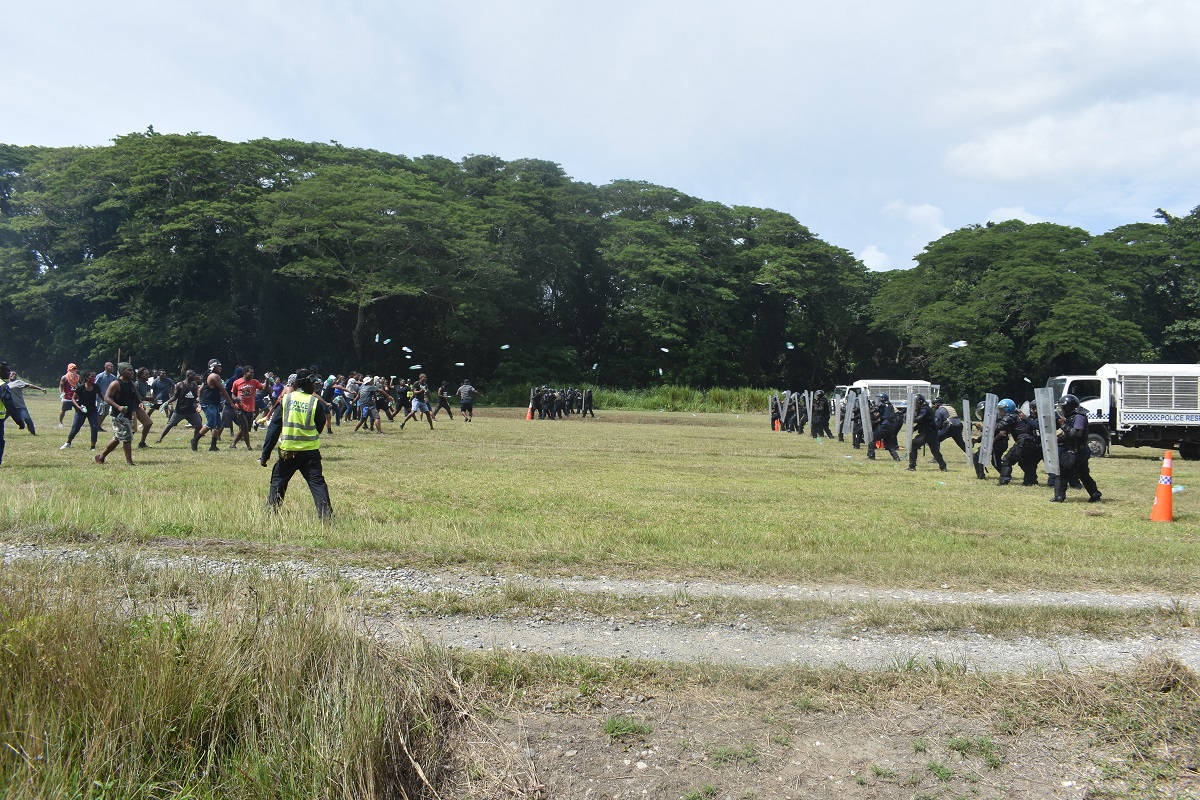 Rioters attack PRT during the exercise 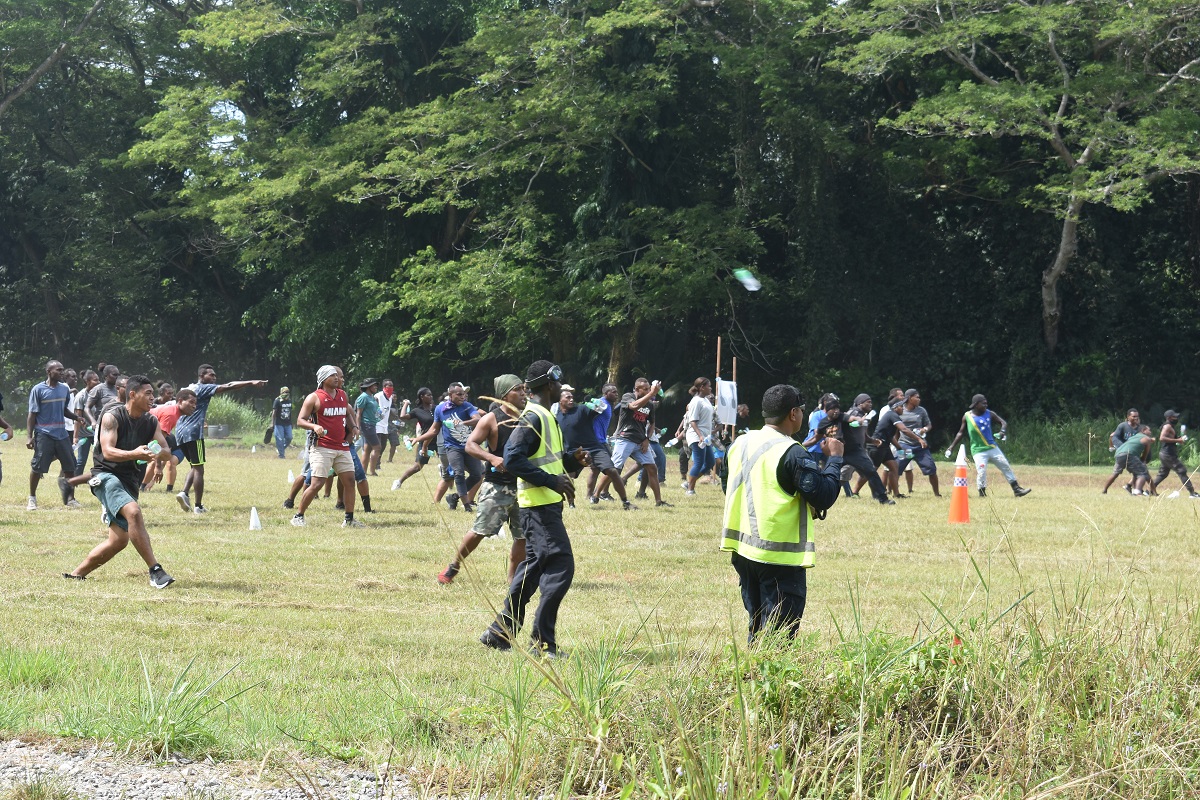 Rioters shot the PRT and operators during the scenario exercise