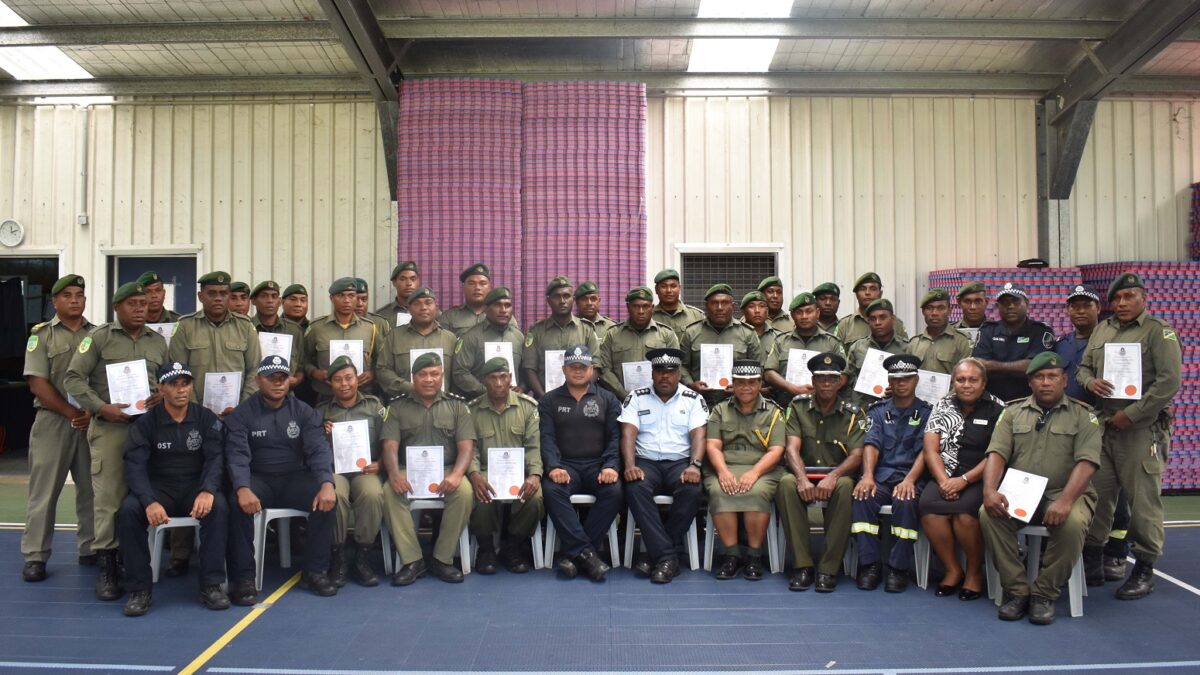 RSIPF and CSSI officers during the lcosing program 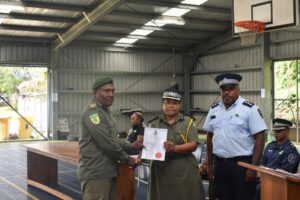 Inspector Manakako says, “The training program for the CSSI officers is important as part of increasing man power capability and strength for the RSIPF in the short and long term operations. The training also enhance the capability of the correctional services emergency response group to tactically manage situations at Rove Correctional Centre.”

“The Training package has been updated reflects not only on the laws of the Solomon Islands but also how operational officers can carry out duties effectively, professionally to build confidence in the RSIPF and CSSI for a safe, peaceful and prosperous Solomon Islands.”

The training was conducted for two weeks with 42 Correctional officers including a female.

CSSI Deputy Commissioner (DC) Administration Cathy Kere says, “This is a great achievement to the ERG officers and the CSSI. I like to thank the RSIPF Commissioner and the Commissioner of Correctional Service Solomon Islands to make this program a successful one. This will allow our officers to effectively carry out their daily duties.”

Ten ERG officers were presented with certificates as qualified instructors while other CSII officers received their certificates on public order management.