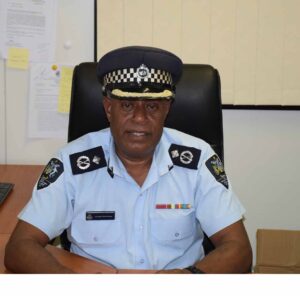 The Royal Solomon Island Police Force (RSIPF) would like to clarify to the general public that Malaita Province did NOT have three provincial police commanders (PPCs) so far this year as stated by the media this week.

Clarifying the issue Assistant Commissioner (AC) Provincial Joseph Manelugu says, “The substantive position of Provincial Police Commander for Malaita Province has been vacant since 2016 when the last substantive holder of the position left. Since then officers have been supervising in the position until the recent appointment of Chief Superintendent Stanley Riolo who is expected to take up the position real soon.”

AC Manelugu adds, “I would like to appeal to the people of Malaita Province to fully support and cooperate with the newly appointed PPC when he takes up his position. I wish to thank you all including the Malaita Provincial Government for supporting officers who have been supervising in that the position since 2016.”

“Malaita Province is a big province so it needs a senior officer to be in the position of PPC. RSIPF has all the confidence in Chief Superintendent Riolo to do a fine job as he has shown during his two years as PPC of Honiara City.”

“I call on all the police officers in Malaita Province to cooperate with your new PPC Chief Superintendent Riolo to continue to maintain law and order in that Province,” says Assistant Commissioner Manelugu.